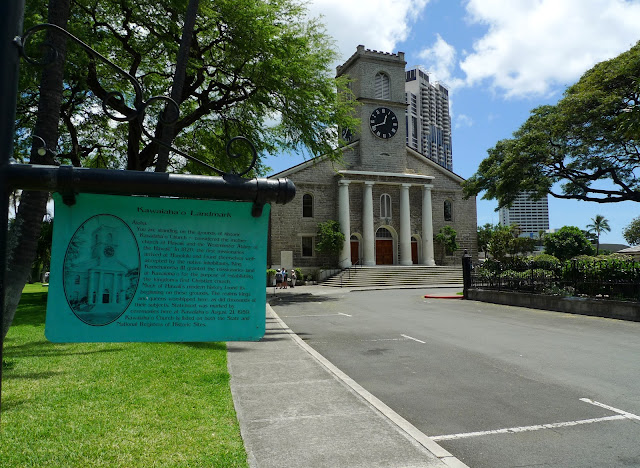 This is the first church to be erected on O'ahu, often referred to as The Mother Church.  It was established by missionaries coming from the NE via a 6 to 9 month ocean voyage.  They were well received by the royalty and subjects of Hawaii's monarchy.  Each "brick" is a 1,000 lb. slab of coral that was chiseled from the ocean!  Kawaiaha'o (pronounced Ka-v-eye aha 'o) means The waters of Ha'o named after the Chieftess Ha'o who came here for fresh water from the spring which rose from the desert of Honolulu.
Read a brief history here:
http://www.kawaiahao.org/index.php/about-us 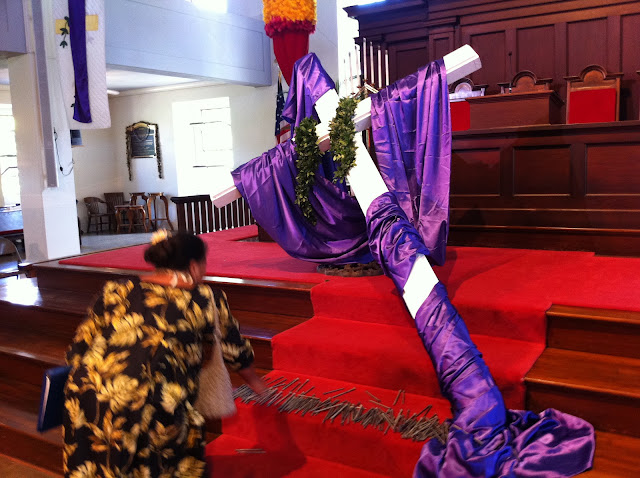 Each attendee placed a nail at the foot of the cross to symbolize surrendering our burdens to Jesus. 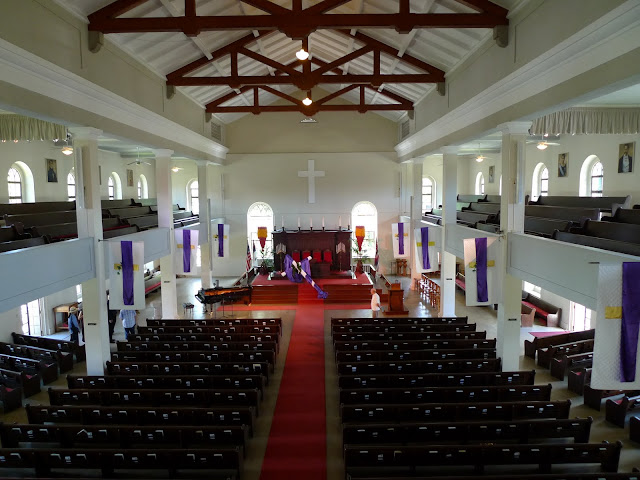 This church has great meaning for Richard and me -- we have been here several times over the last few years and learn more each time about the missionaries who came to Hawaii, and the lives of the monarchs who attended here along with their "subjects".  Richard and I have visited and taken photos in the church graveyard, noting the inscriptions of great faith on the head stones of those whose children died so young.  As Alli noted when she visited, this was well before vaccines could have saved many lives. 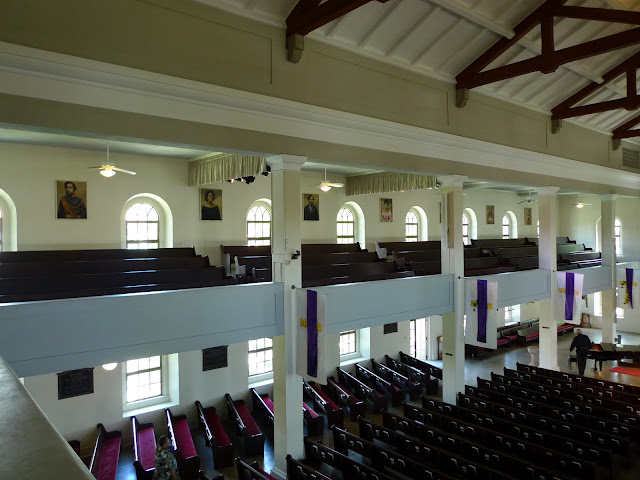 Paintings hang on the balcony walls surrounding the sanctuary, of the Monarchs.  This church continues to minister to its congregants and is engaged in a huge building project.  The services I've attended are in English, but the hymns are sung in Hawaiian which sounds so angelic.  Scripture is read in both English and Hawaiian.
We felt a "calling" to the Moana Surfrider Hotel, a favorite of ours, after Good Friday services. 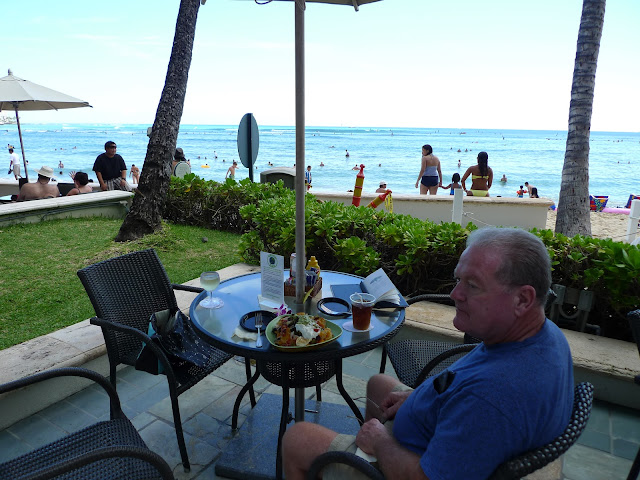 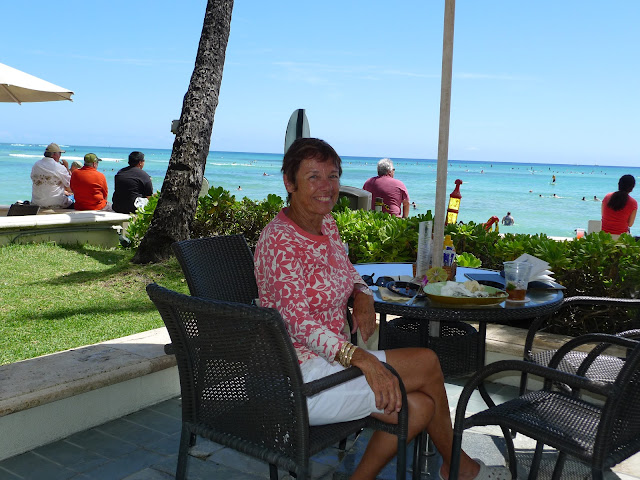