This was an after-school scramble with Alli's 2 boys, and Tamara with 2 boys plus a friend, and Richard and me.  The youngest is Ben, 2 1/2, with little legs that run as fast as his chatterbox!  It's a 3-mile round trip hike to 500' elevation and back, on a full-bore RUN back downhill, and "plate lunch" dinner at Sweet Home Waimanalo. 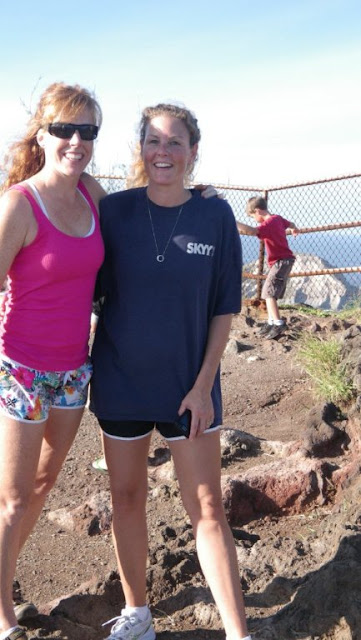 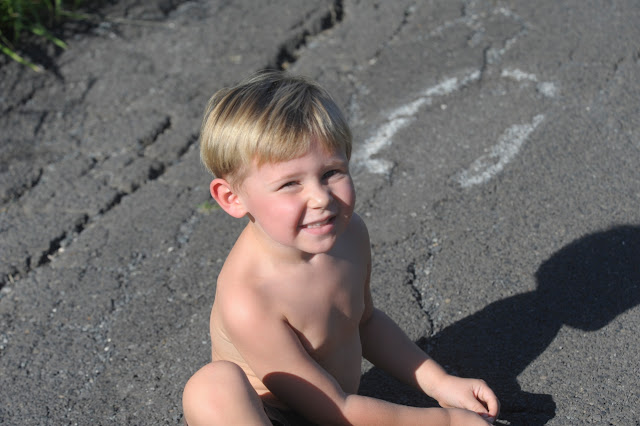 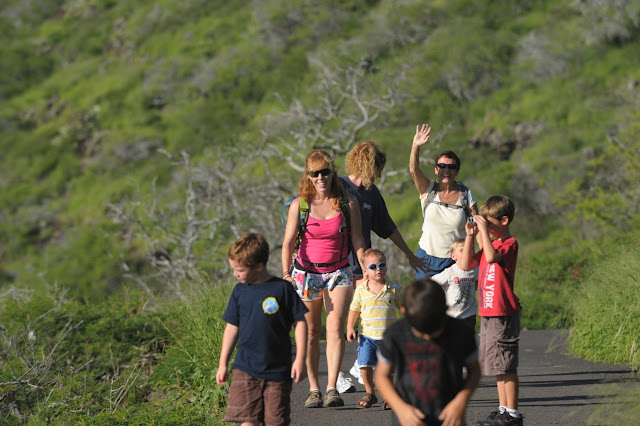 The scramblers, all bunched for only a minute!  Sam on left, and Ben in yellow stripe, Alli in pink and Gramma waving, plus wearing a backpack . . . would you believe??
See Alli's blog for more scrambler pictures:
http://www.kampkrug.com/2011/01/11/the-running-of-the-bulls/ 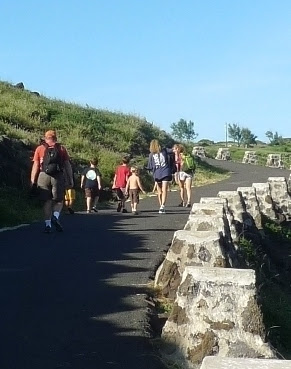 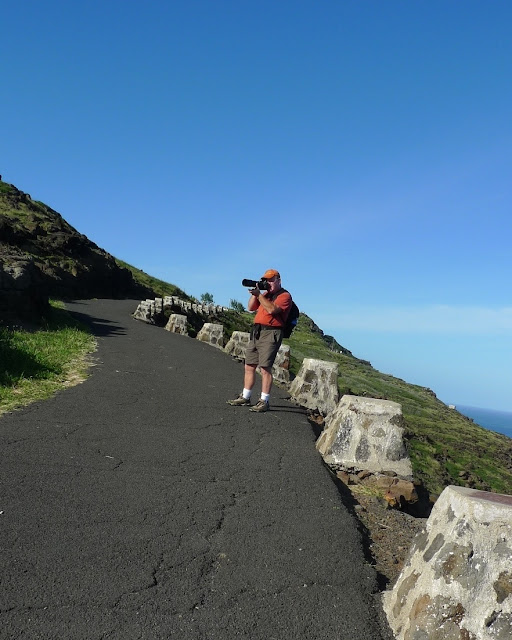 Thanks for all the pictures, Richard.  It was a fun hike! 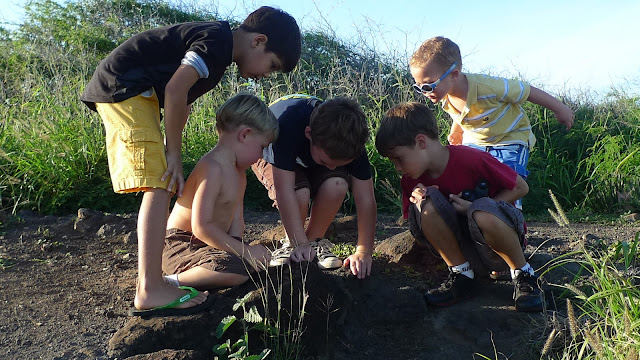 An inchworm was a captivating amusement! 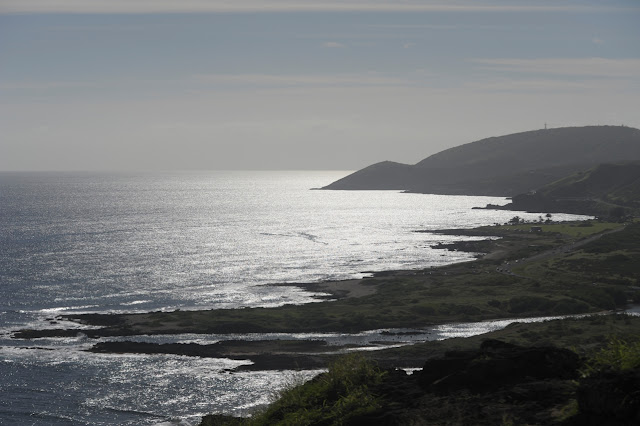 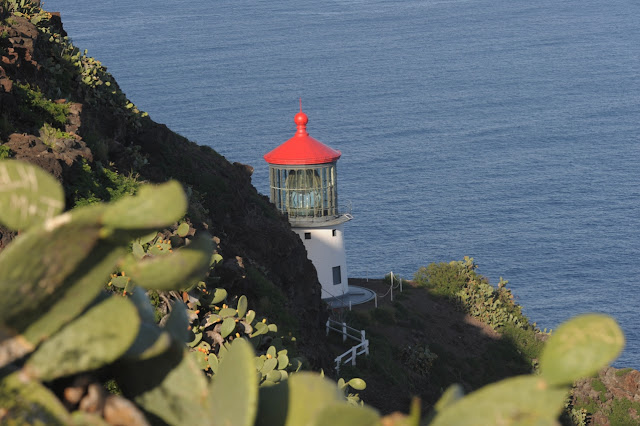 Built in 1909, still in use, largest French Fresnel lens in use in  the US. 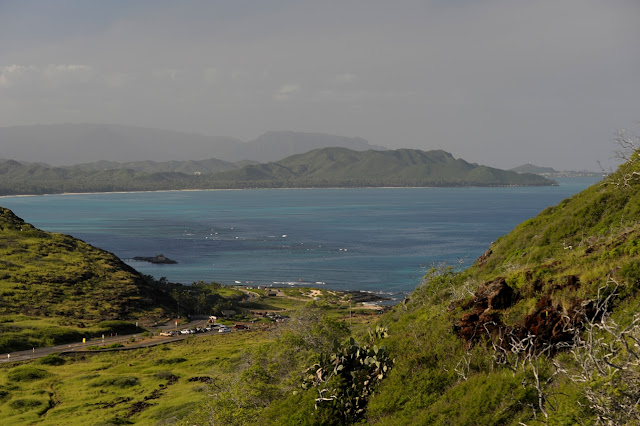 That's the parking lot below, left taken from about our half-way point. 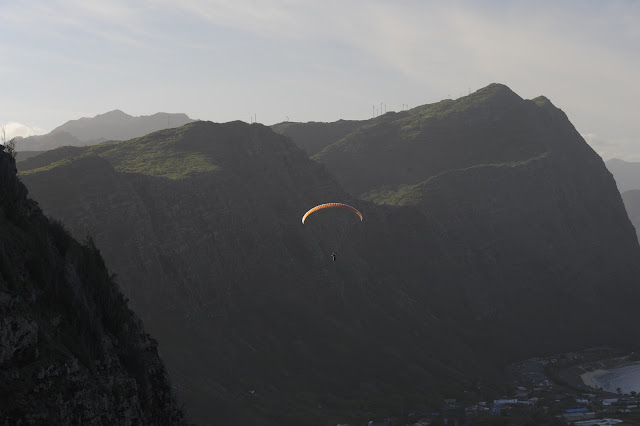 There were about 5 of these guys floating around and . . . 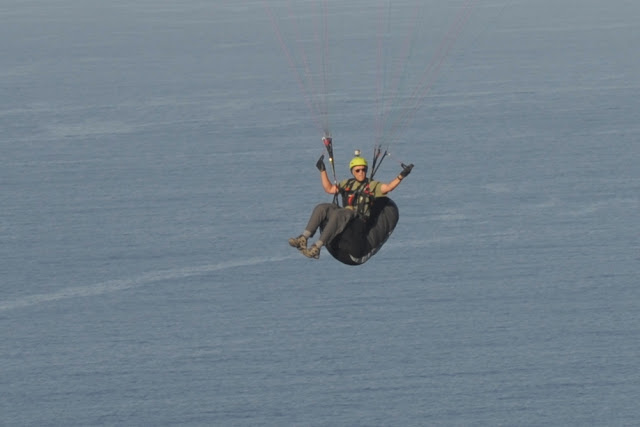 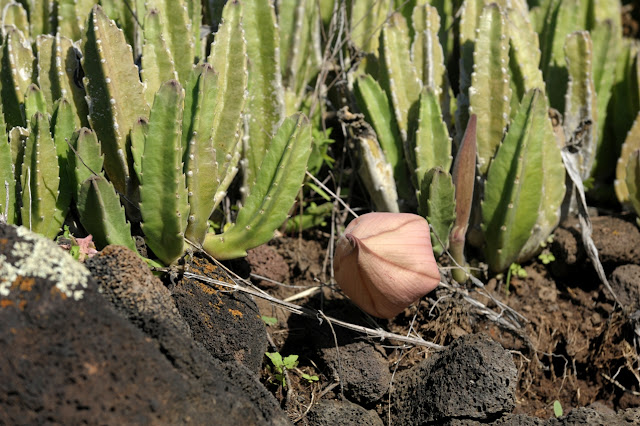 Plunk in a little flora for interest
And last, watch a cute video I nabbed, of 5 boys and an inchworm who was passed around - and at the moment of the video, Mr. Inchworm had landed on Tamara's bare-chested 4-year old birthday boy!
http://www.kampkrug.com/video/inchworm-riot.wmv
Posted by Oli at 8:21 PM