THANKSGIVING, BAINBRIDGE ISLAND,WA and GATHERING OF THE SKENE CLAN 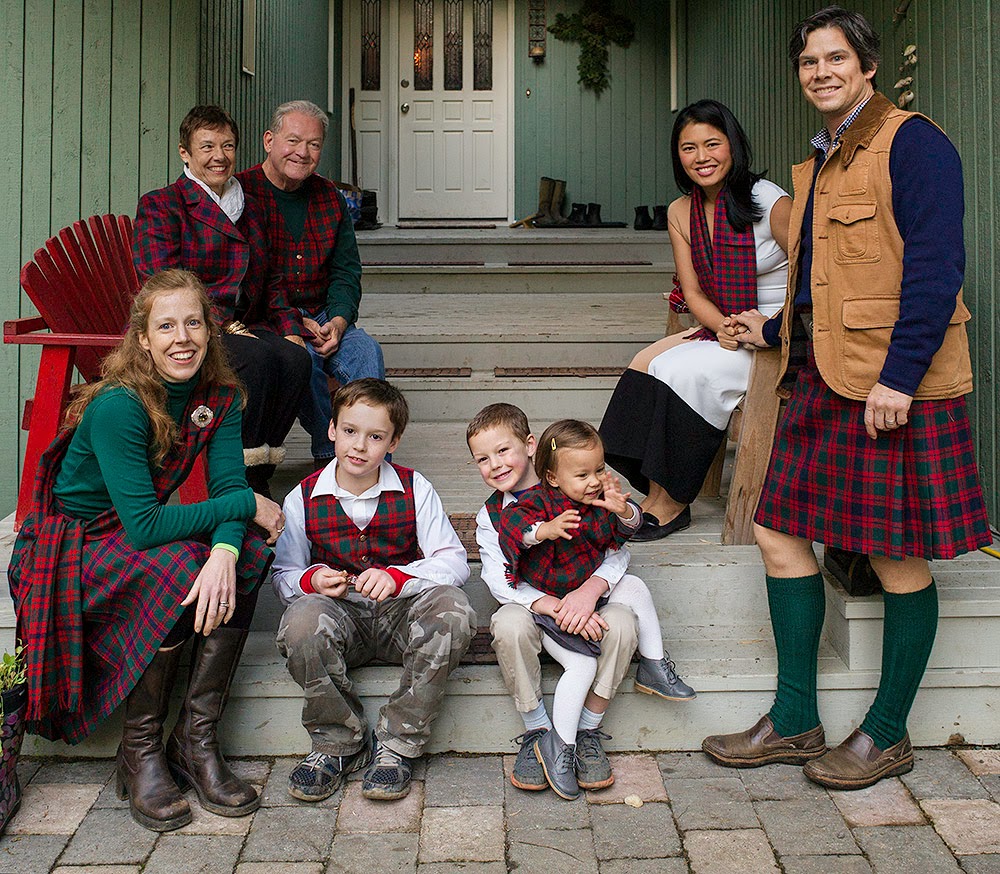 How nice it is that everyone still gathers to display the clan plaid.  That's Richard and me sitting on the red bench, and my two "children" are Alli, who is nearest to me, and Doug at the far right.  Mary (next to Doug) were married at Skene Castle in Aberdeenshire, Scotland, and their little girl, Isabella, is sitting in Ben's lap and Ben is sitting next to Sam, both of whome are Alli's children.  Her husband had to work, and even though we missed him, we are thankful for his service in the Navy. 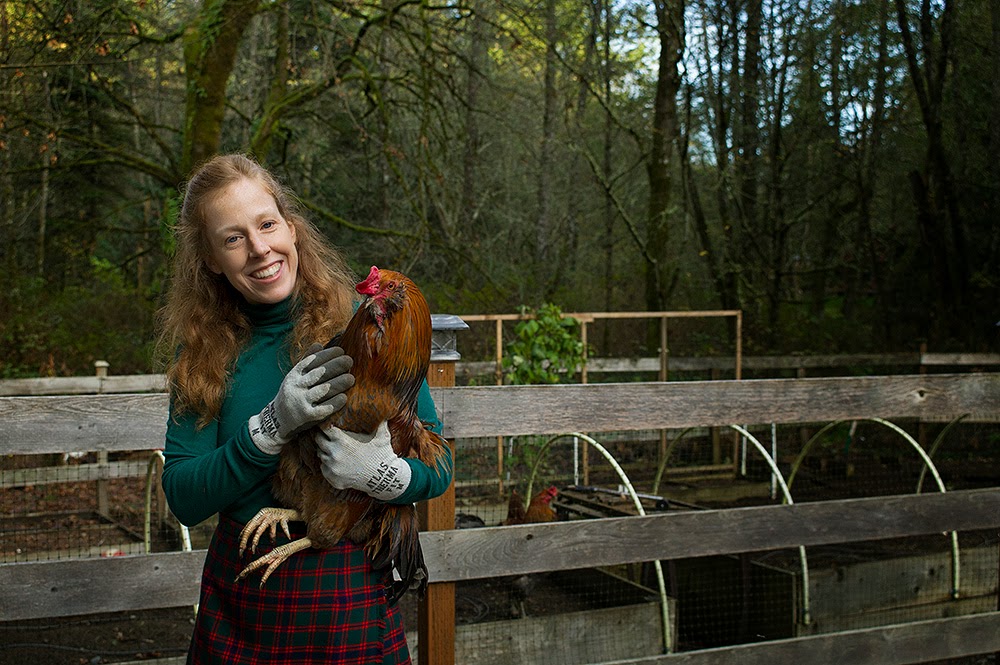 In her inimitable fashion, many "Scottish" activities were devised, starting with hugging their prized rooster, who is the son of the original rooster who is also on duty in the chicken pen. 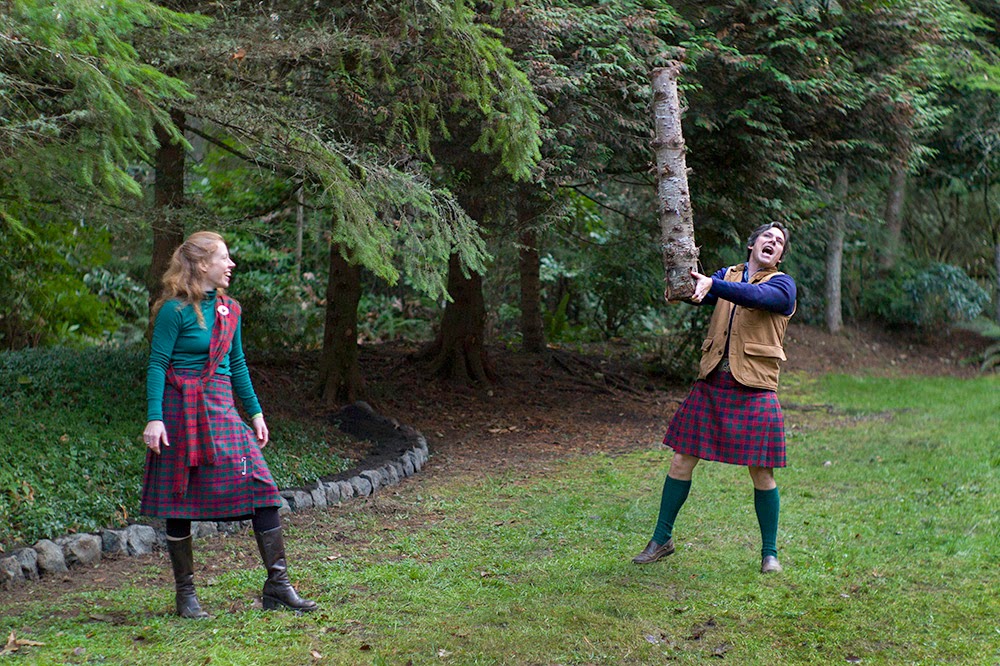 Some "caber" tossing by brother and sister. 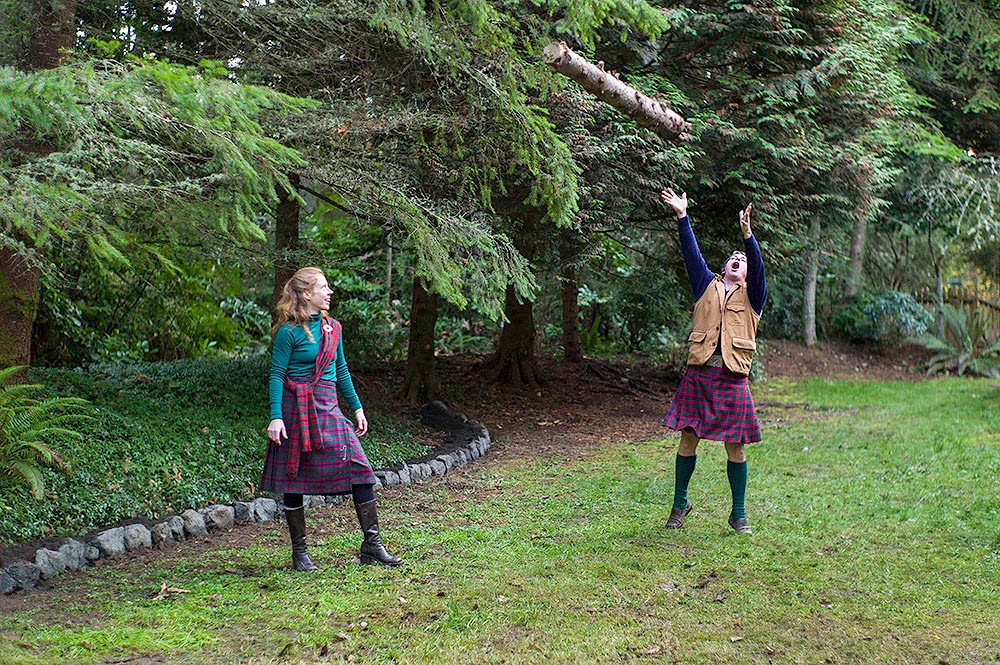 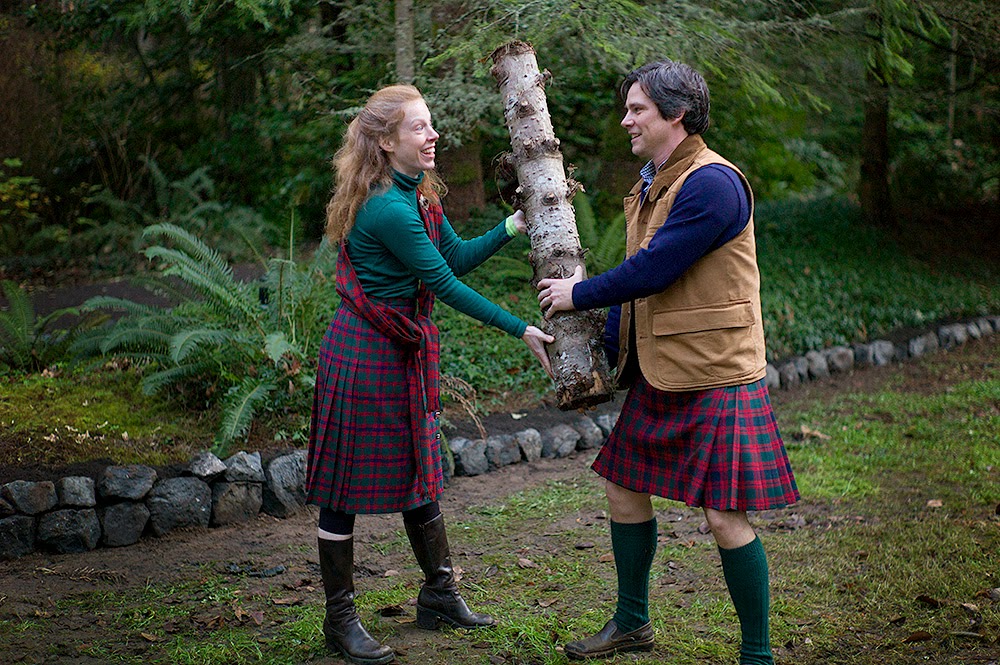 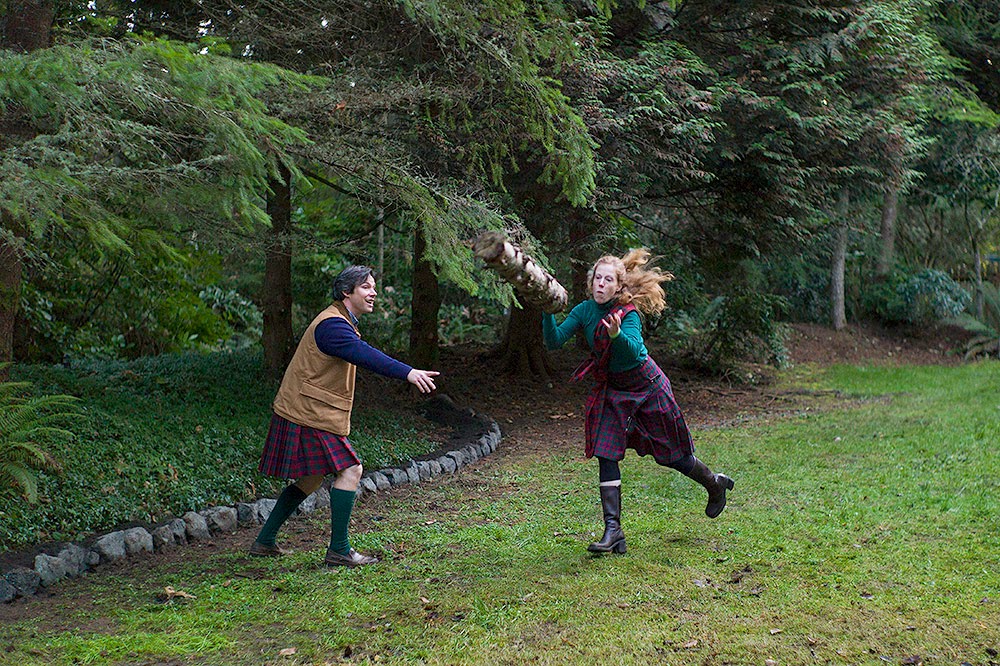 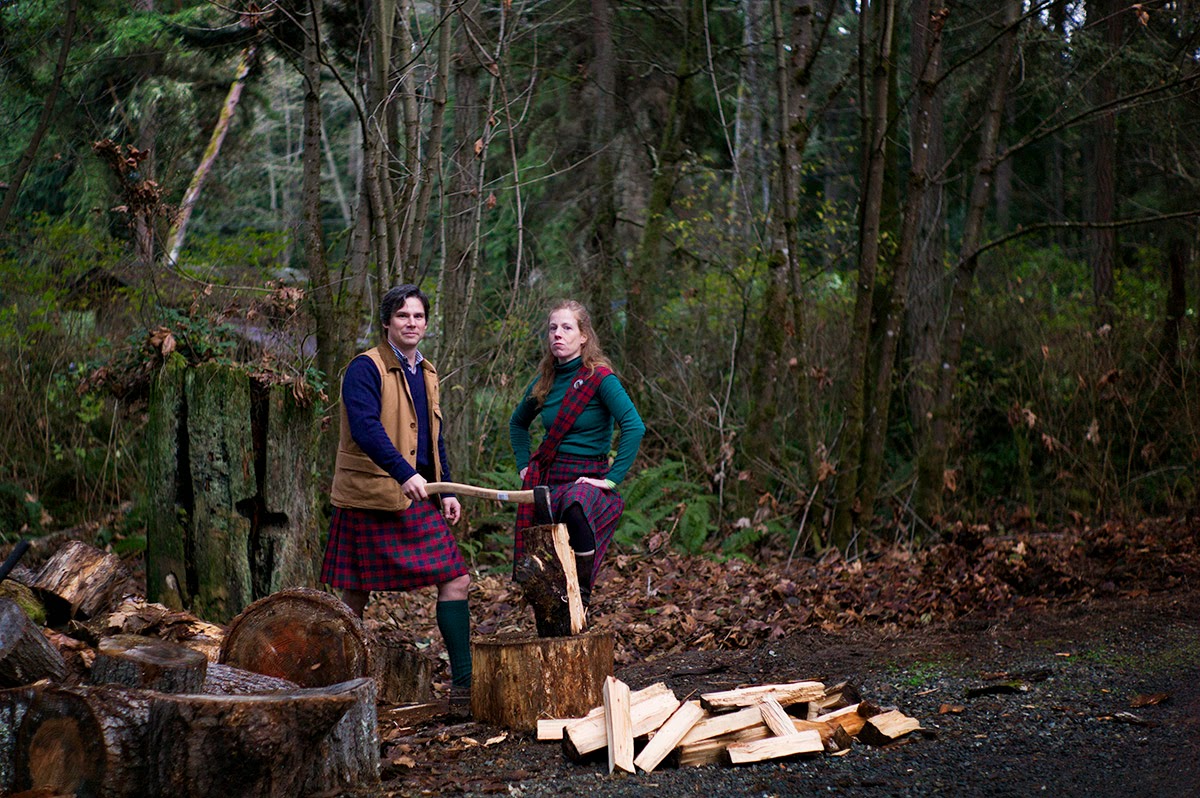 Some laying up of wood for the winter. 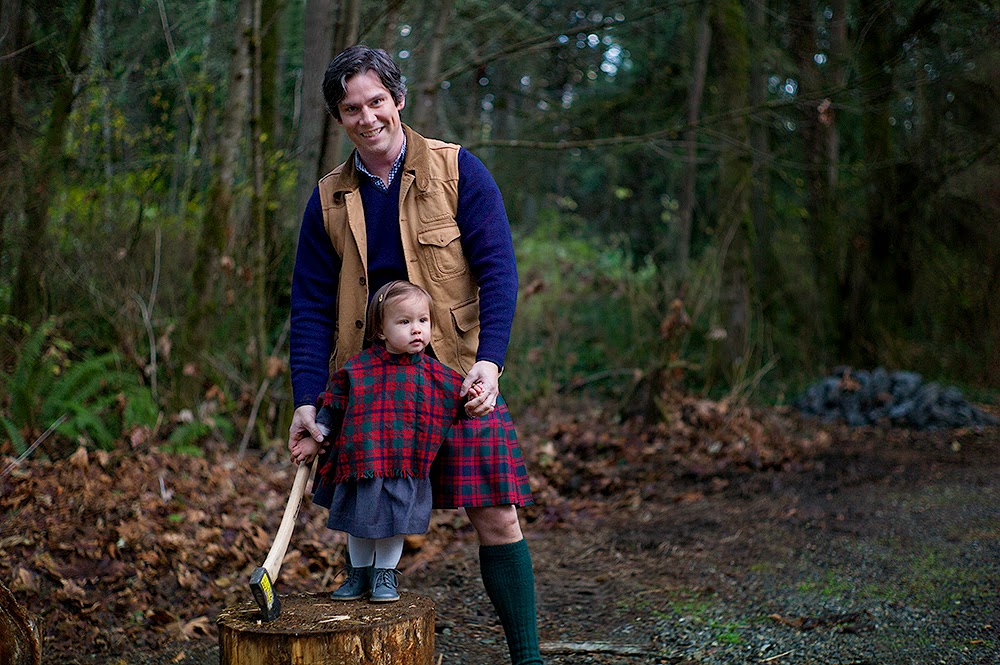 Finally, a sweet little Princess for the family to enjoy. 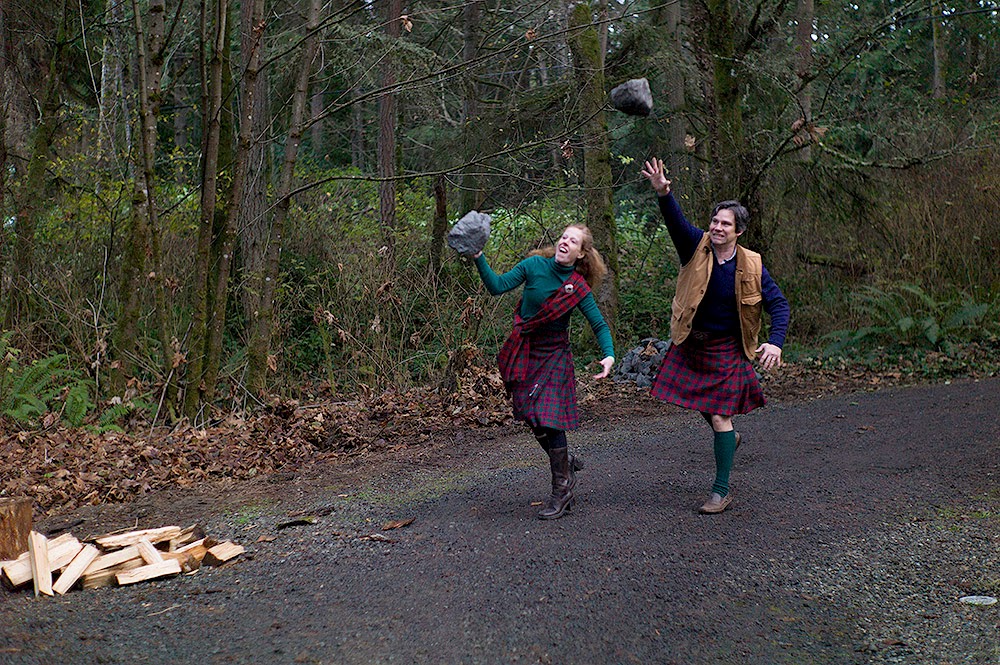 What else is there to toss?  Ahhh, some good-sized rocks! 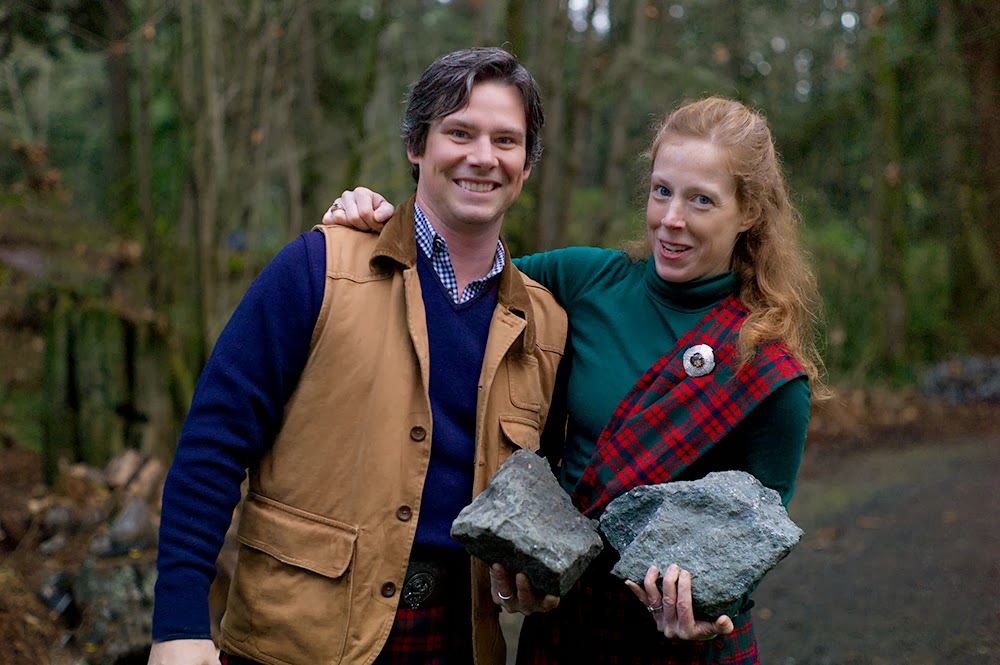 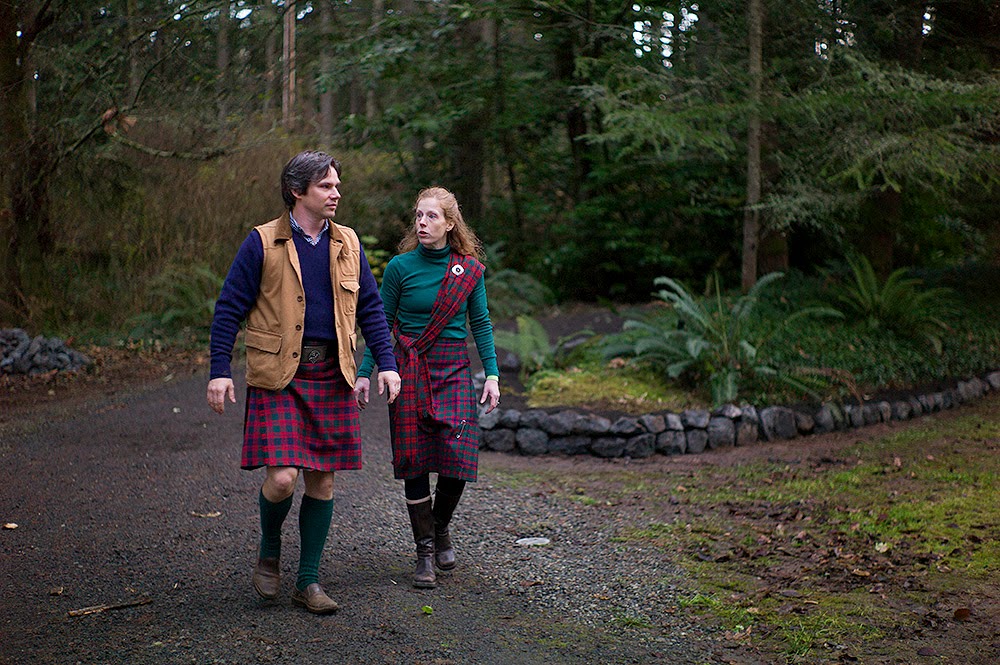 These two have been friends all their lives, with only 23 months between them. 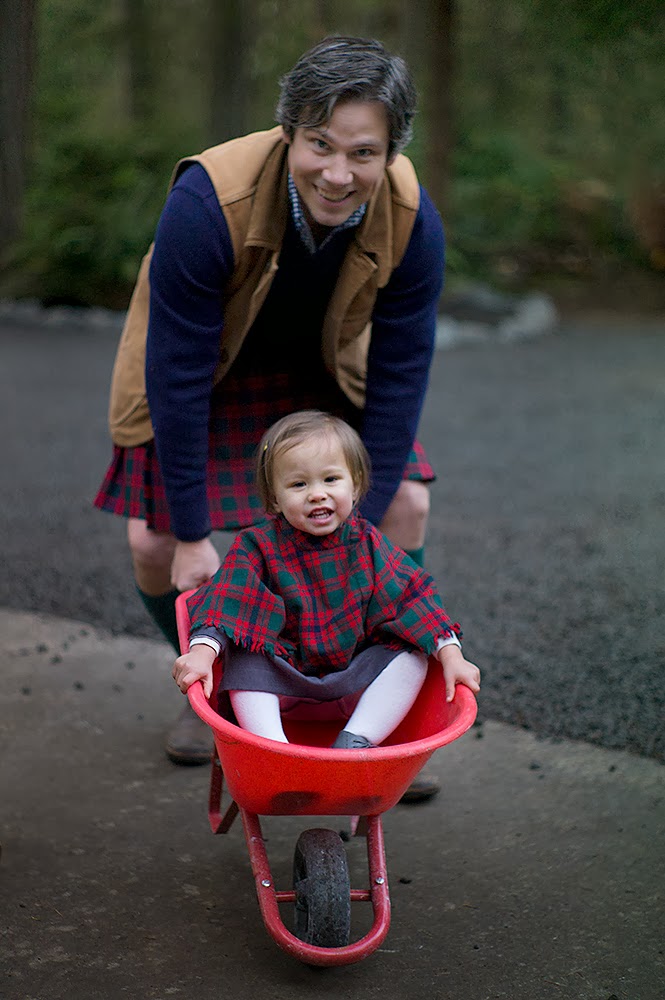 Ben's wheelbarrow was put to good use as a "chariot" for our little Princess.  Mary had gone inside the house for a little warmth.