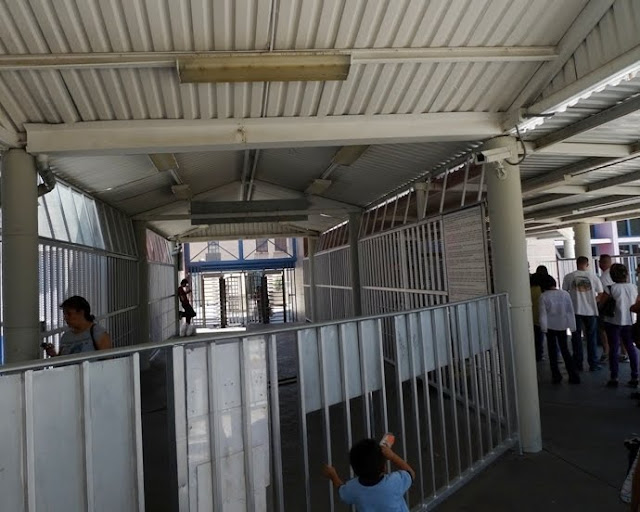 We park on the USA side and walk in on the left.  Those on the right are exiting Mexico and the line is v-e-r-y  long.  I had never been to a Mexican border town, not even Tijuana, so this was pretty exciting.  It took me a few minutes to warm up to the whole idea, but I must say, it was uneventful in a good sense, adventurous, and I was glad to be back in the USA! 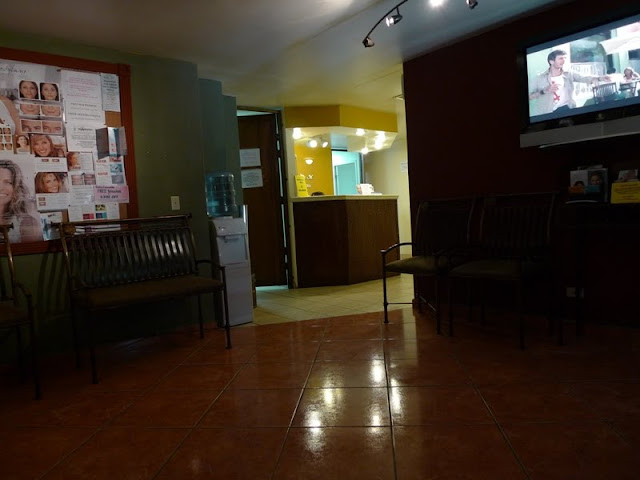 Why Nogales?  Because Pam's orthodontist is here.  That's a shot of the reception area taken from the waiting room. 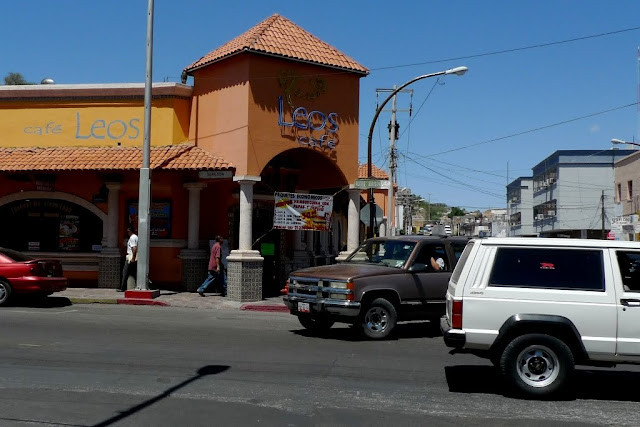 Brunch at Leo's.  It's been 10 hours since we ate, and we're fine!  Craig had eaten here once, so we weren't taking much of a chance, actually. 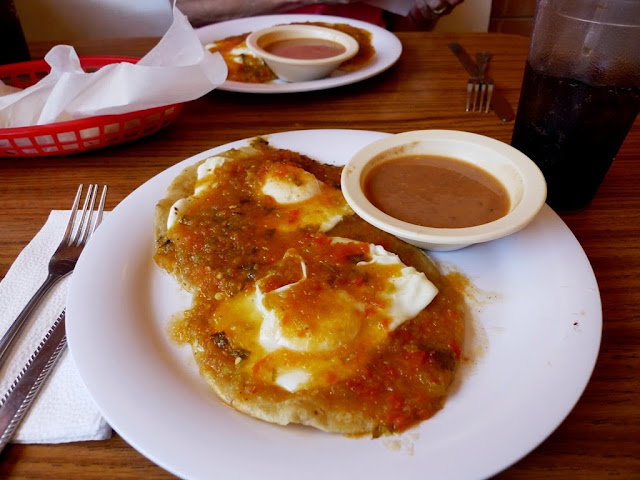 Huevos Rancheros.  Oh boy, were they good.  Those eggs were perfectly done and are perched on a crispy tortilla with some kind of tasty breakfast salsa, and a small bowl of beans in sauce.  We dipped soft tortillas in the sauce.  Their tortillas are as thin as our crepes.  We had Coke which they served in an opened bottle - we hoped it was the Real Thing! 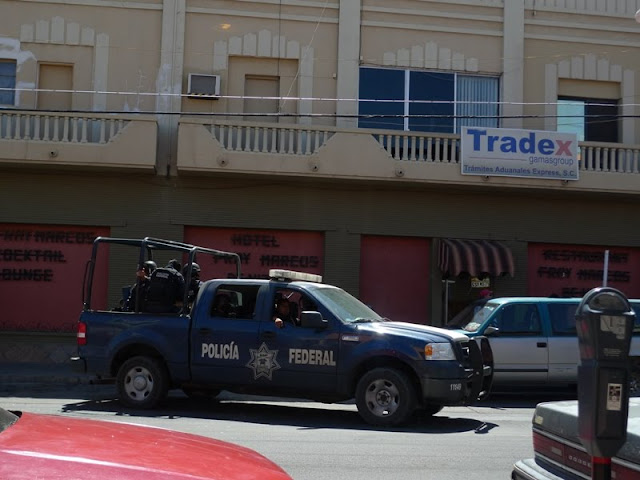 A strong police presence.  Yes, the guys in the back have big guns, I guess shotguns. 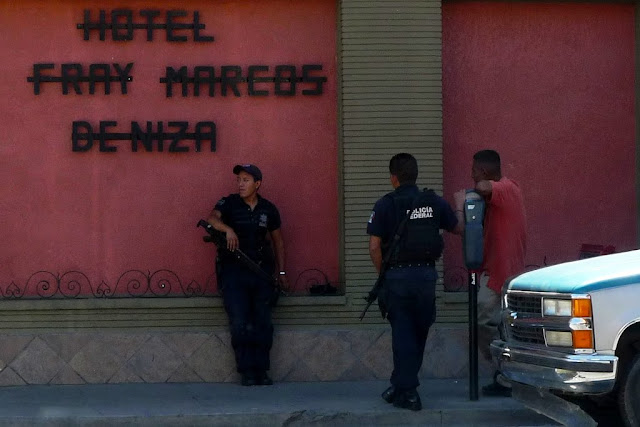 Both photos of police were taken from our window at Leo's Restaurant. 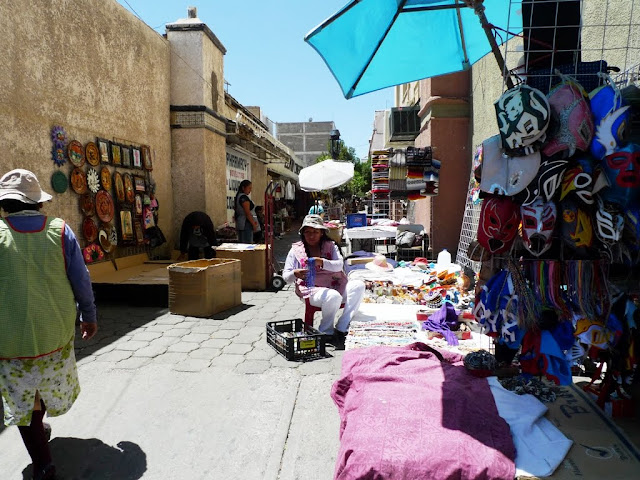 Pammie found a little something here, and once you buy, the rest of the vendors on the way back to the border note your package under your arm, and pester (good naturedly, it seemed) you to buy from them because they're poor or hungry.  The lady from whom Pam made her purchase wanted another 50 cents for a soda!  She didn't get it. 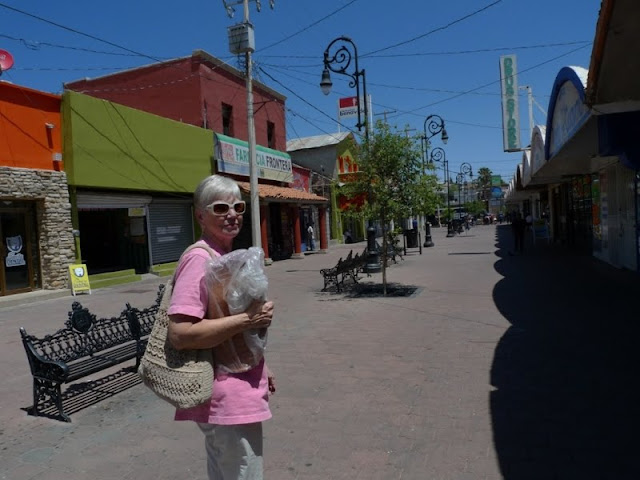 This is the pharmacy street -- I guess you can get pretty much any meds you want here for cheap, but you wouldn't catch me buying any, ever! 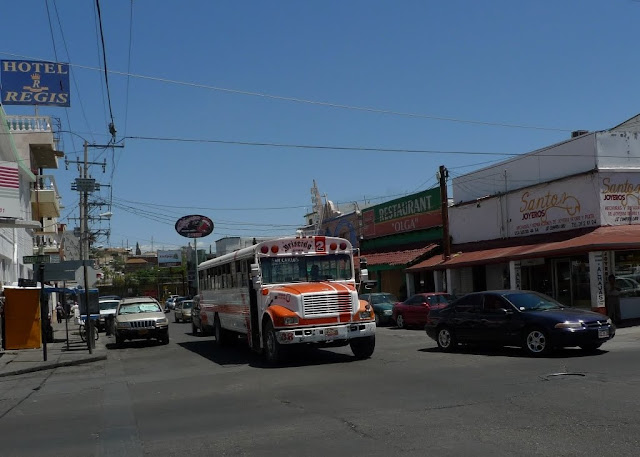 I loved their old buses! 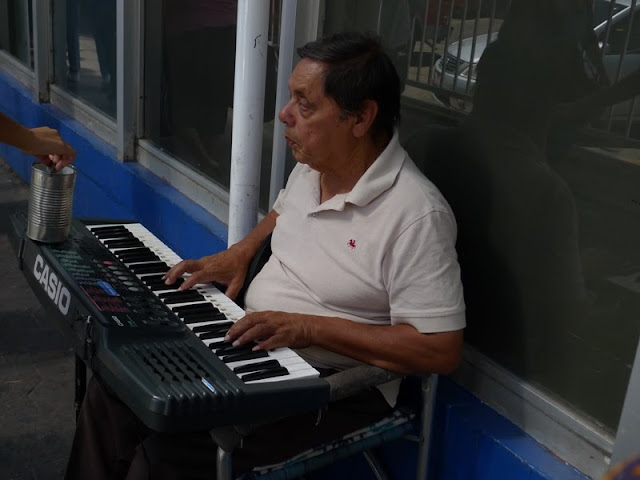 A blind keyboarder playing for the long line of people waiting to get back through customs into the US.  We gave him a little money - he brightened the wait, which turned out to be only 40 mins.  But for someone (Pammie), that's a long time to be standing while recovering from surgery! 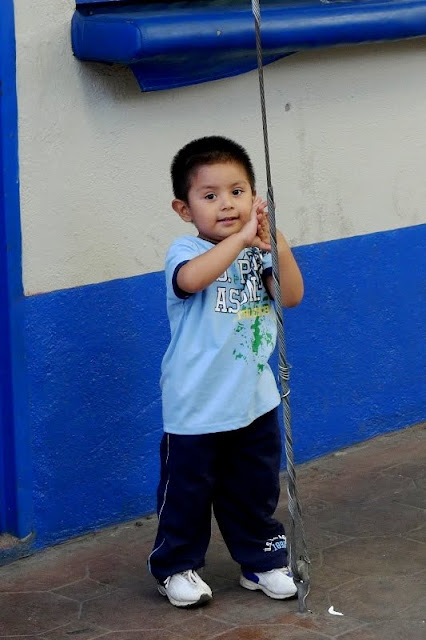 More entertainment while we stood in line.  This is Diego, and was he cute!  He kept wandering off and his mom had to go after him and carry him back to her station in the line.  While carrying him, he pulled the "limp-shrimp" routine -- you moms know exactly what I mean. 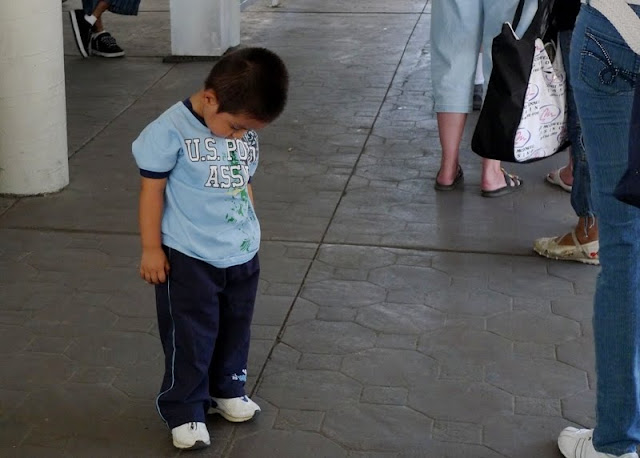 After a little reprimand, here he is sulking!  No kidding.  He stood there just like that for  quite awhile.  :) 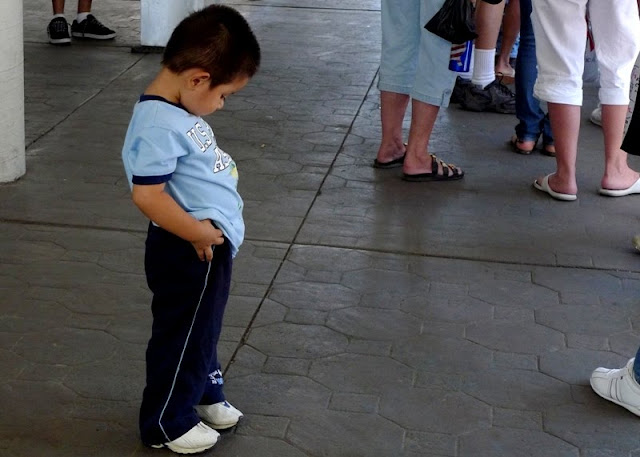 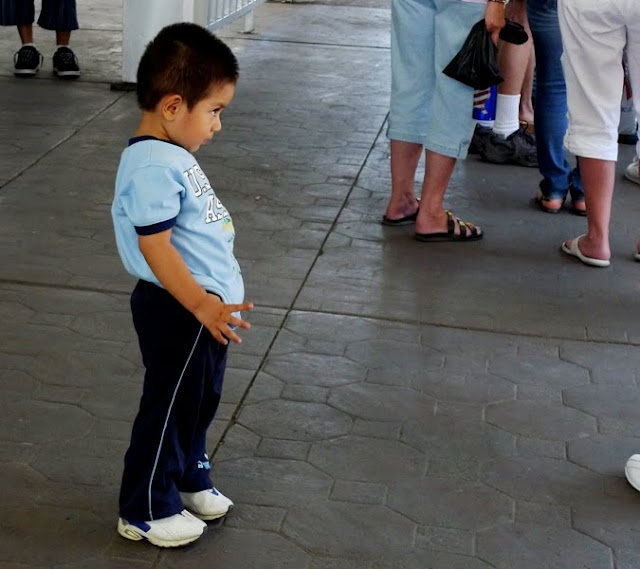 This was precious -- little eyes peeking up to see if anyone important was paying attention!
After that, he went on playing, sticking his head through the bars, and finding out he could get his whole body through.  Cute little guy! 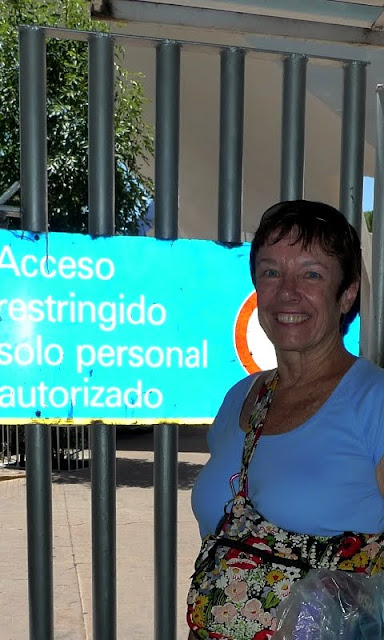 Here's me in the line to return to the US, with my purse wrapped around me in a way that no one can flip it off my shoulder, no sireee, they'll have to take the whole Oli to get HER purse! 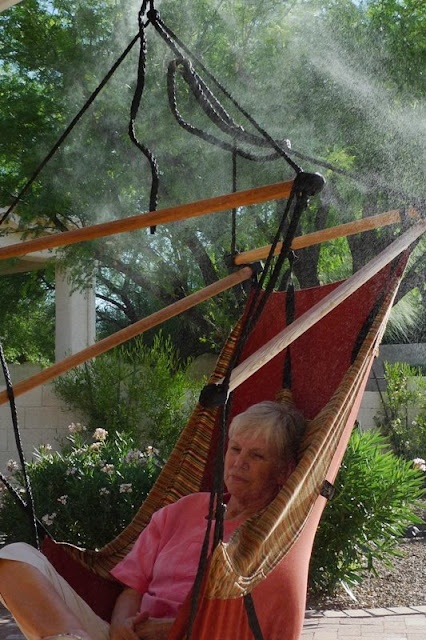 Back home from Nogales and Pam's in her favorite swing chair with the mister spraying on her overhead.  She's squinting her eyes because the mist is nicely in her face! 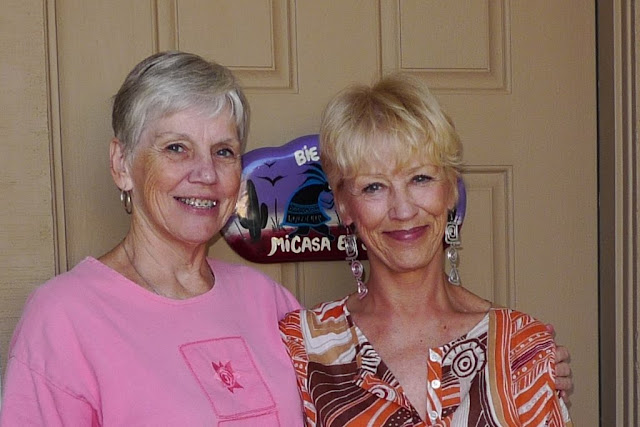 Pam and her sister, Trish.  Sisters are really special.  And the "sign" behind them was procured in Nogales today, from the street vendor mentioned above.
Posted by Oli at 8:24 PM