To Malibu for Getty Villa and Gladstone's for Fish 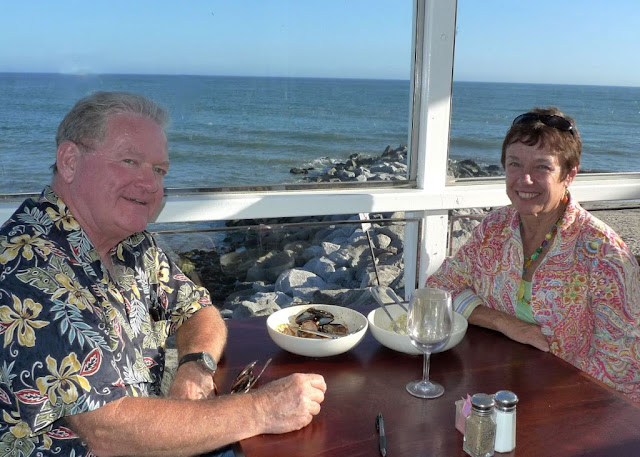 Several hours on our feet at the museum earned us the opportunity to sit -- dinner at Gladstone's for Fish in Malibu.
The Getty Villa - Malibu
The Getty Villa is modeled after a first-century Roman country house, the Villa dei Papiri in Herculaneum, Italy. The J. Paul Getty Villa was much more than we'd imagined, and we haven't yet visited the Getty Museum in Los Angeles! 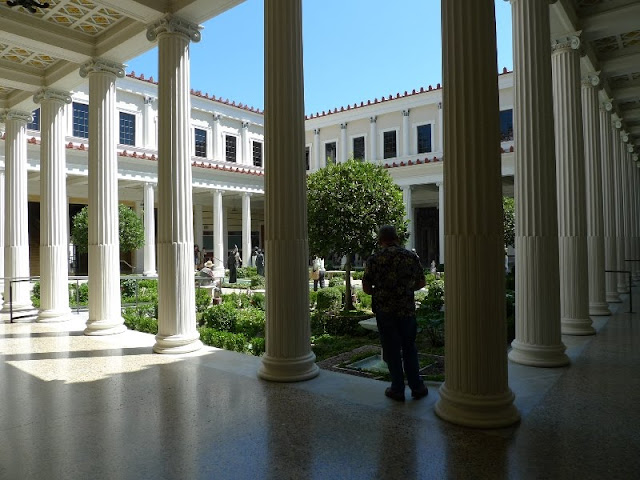 Dedicated to the study of the arts and cultures of ancient Greece, Rome, and Etruria.  Yes, that's Richard in the foreground. 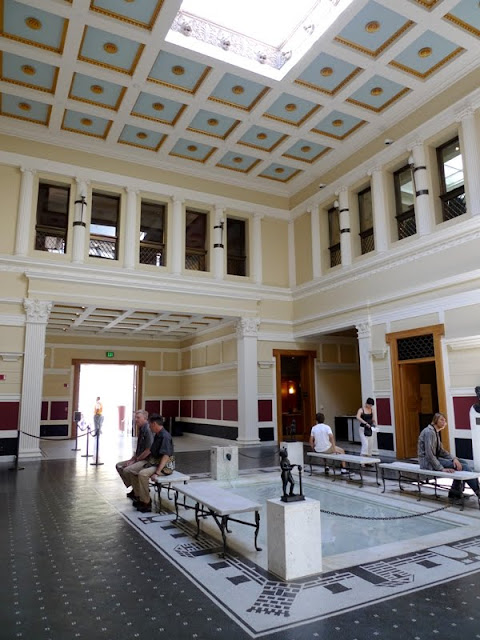 The Villa dei Papiri was buried by the eruption of Mt. Vesuvius in A.D. 79, and much of it remains unexcavated. Therefore, Neuerburg based many of the Museum's architectural and landscaping details on elements from other ancient Roman houses in the towns of Pompeii, Herculaneum, and Stabiae—from bronze lanterns like those carried along the streets of Pompeii to herbs and shrubs grown by the Romans for food and ceremony. 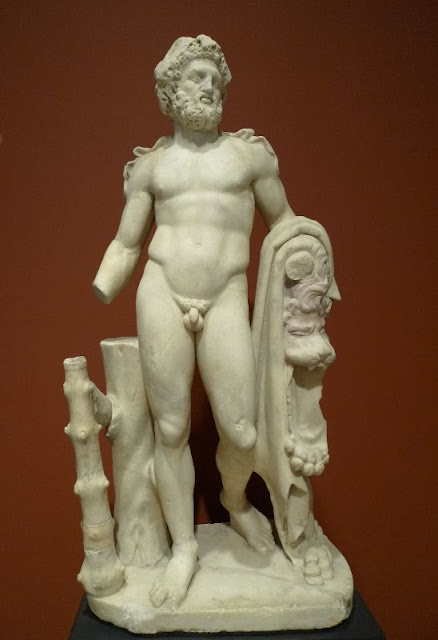 Statues, statues, statues!  This is the Roman Hercules (Herakles in Greece), sculpted in marble between 100 AD - 200 AD.  He is considered the father of the Olympics which he founded in honor of his father Zeus, King of the Gods. 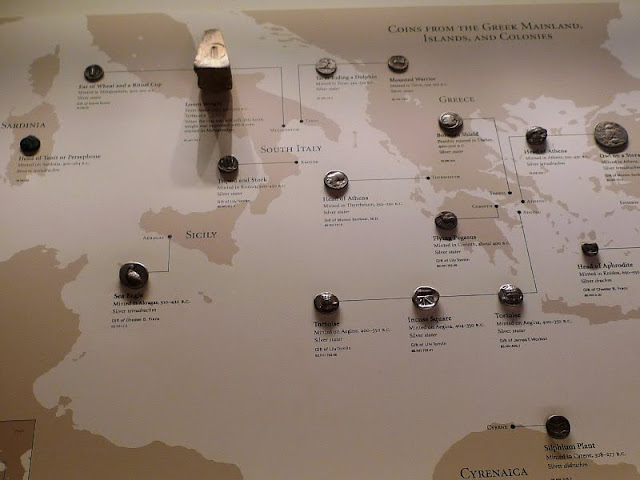 There was pottery, glass and coinage (above) which dates back to 600 BC!  And we think we're so special? 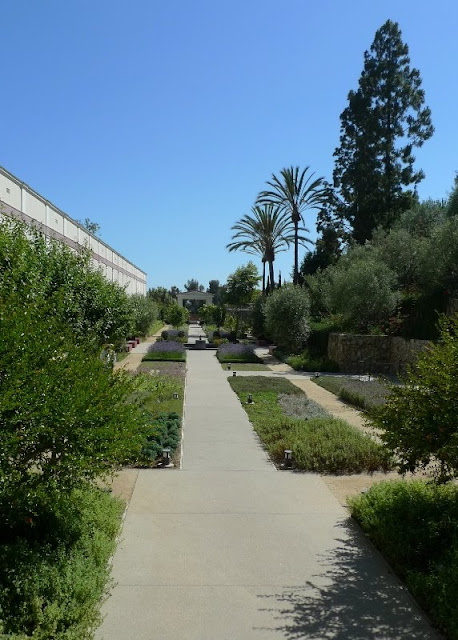 The hot summer fragrances from the herb garden were wonderful. 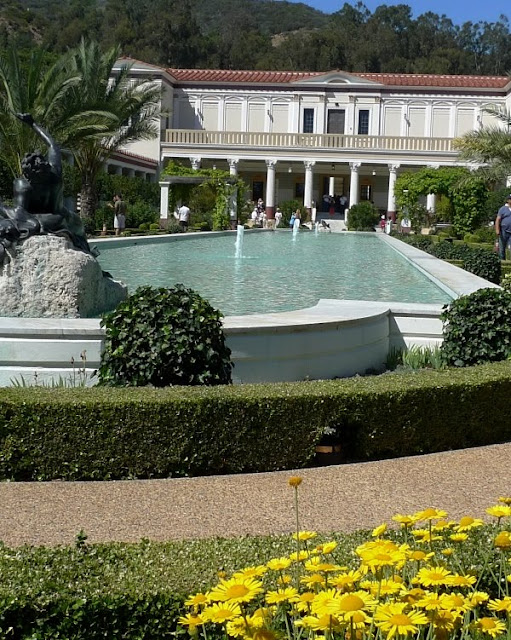 There were several gardens, pools and fountains to enjoy.  I imagined Cicero (Roman) who lived BC 60-ish, enjoying the colonnades and pools at his villa.  I liked Cicero. 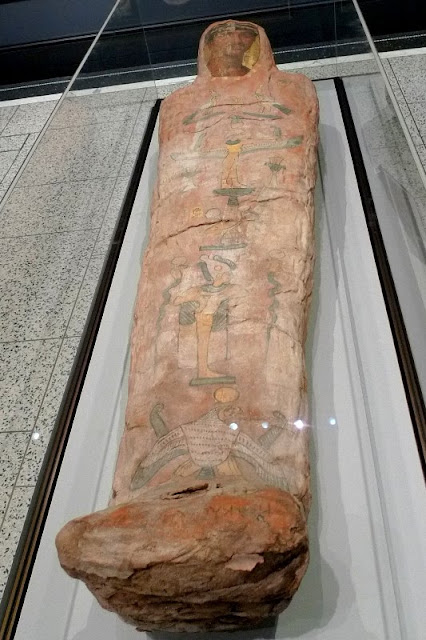 There was a real mummy, Herakleides, AD 150, who has been CT scanned at UCLA where it was learned that he died in his 20s, and was mummified with an ibis, a bird whose skeleton can be seen across the man's abdomen.
Posted by Oli at 2:22 PM