My Canon G9 camera won't retract it's lens.  I tried everything.  And yesterday, Richard and I just happaned to go to the camera store in Honolulu for some little doo-dad, but also oogled a VERY popular and small Leica D-LUX 4.  I see a plan coming together! But first, let me try some more things with the G9, which I totally love except for it's size and weight.  You see, my "policy" has been that cameras need to fit in my purse, which means with the G9, my purses have had to be bigger and are heavy with hardware!


Well, the G9 didn't see things my way when I tried some more fix-its, so back we went today, but only to "touch" the Leica.  We left the store with 2 of them!  Richard also had to have one!! 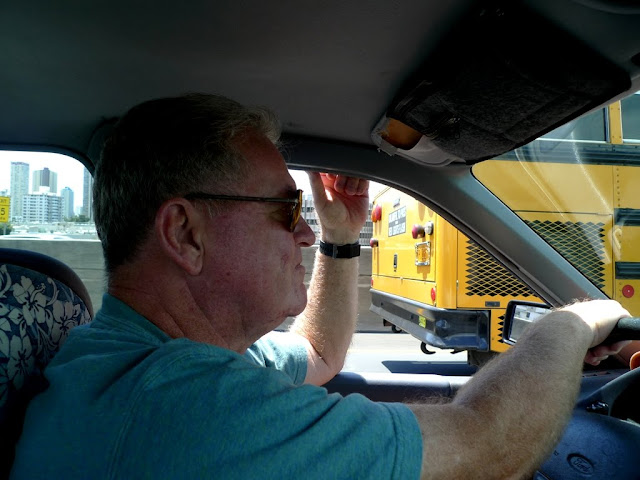 Here are my first pictures, taken without reading the documentation, so don't be critical.  I love the subject material and bet I'll know exactly when he's checked in with my blog!  I'm gonna hear about this day's entry! 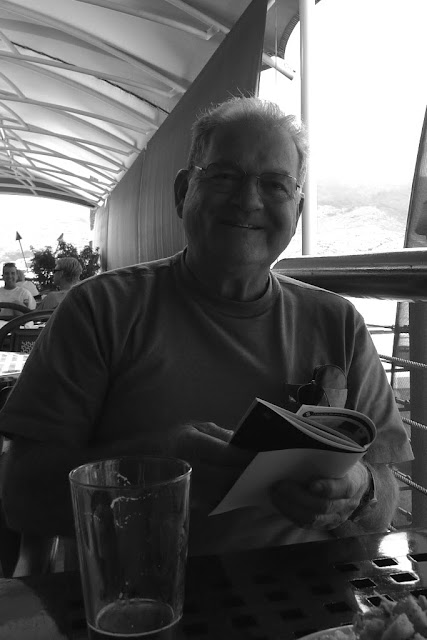 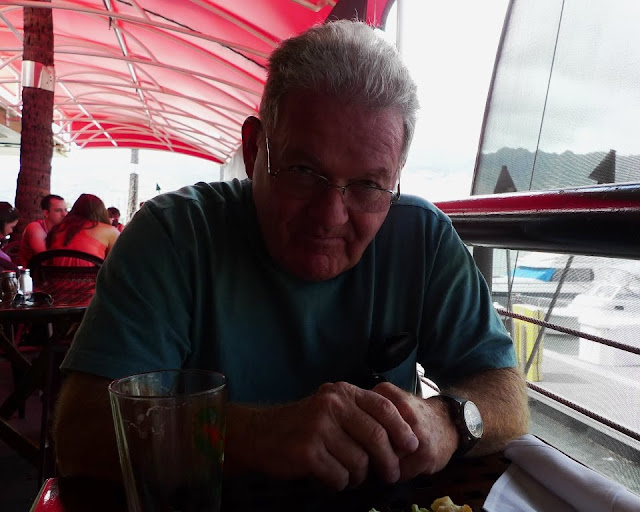 Can't believe he's 84!  (Snicker, snicker, I'll be changing that little lie as soon as he sees it!) 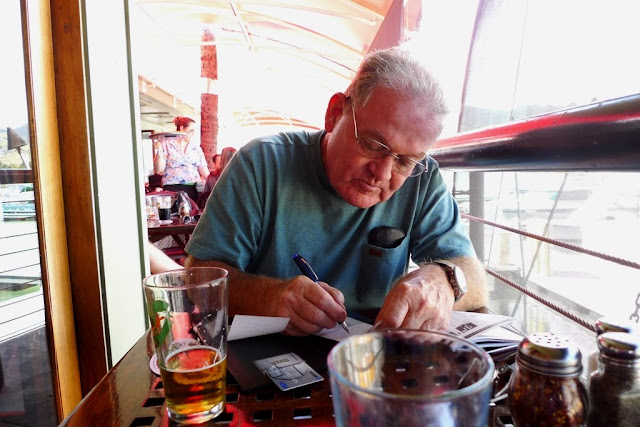 Oh.  Forgot to mention.  We went to Best Buy to look for an inexpensive case for our Leicas, and guess what had just come in?  The little Olympus underwater sweetie that Richard's been eyeing; so out we walked with that!  Which means I now own his "old" Olympus underwater Stylus 1030 SW. How very cool since my Olympus underwater is 4 years old, banged up, lettering rubbed off, and has a couple of dark splotches somewhere in the lens.  What a day!  Let's commemorate it with lunch at Kona Brewing Company in Hawaii Kai!
Posted by Oli at 2:22 AM