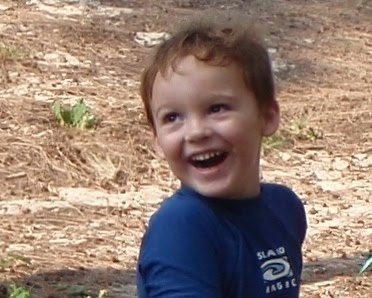 Almost! My real birthday's on January 27th, but today is my camping trip and party! 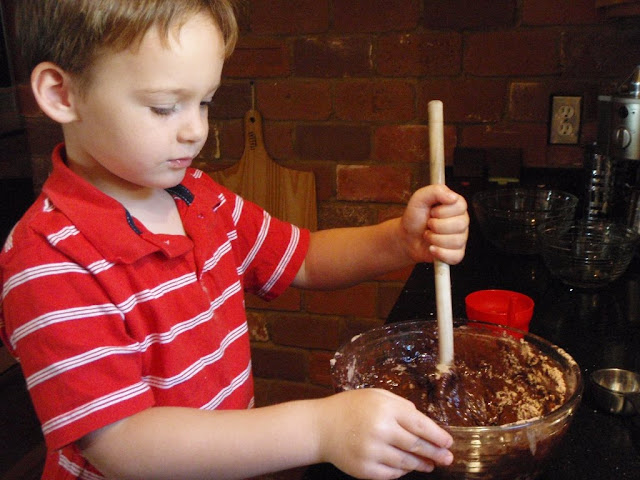 Making a "beetle cake" with gramma, out of Brownie mix.  I'm very good at catching beetles, and this cake will be a big one!  We'll decorate it at the campsite at Bellows Air Force Station. 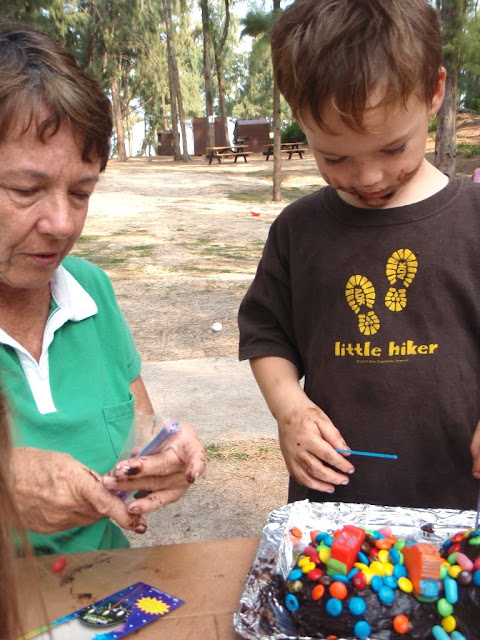 Gettin' into it now.  Pretty messy job, but it has to be done! 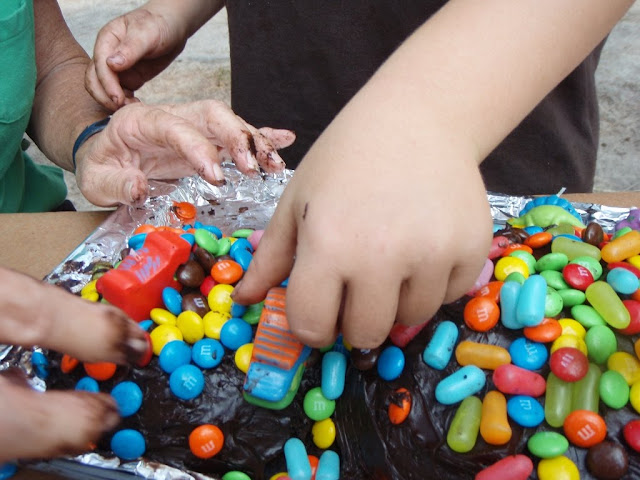 A special beetle with lots of colors and some dinosaur theme thrown in as candles! 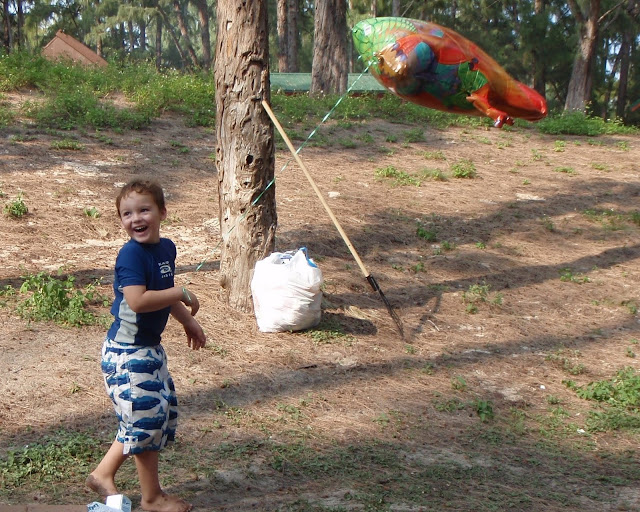 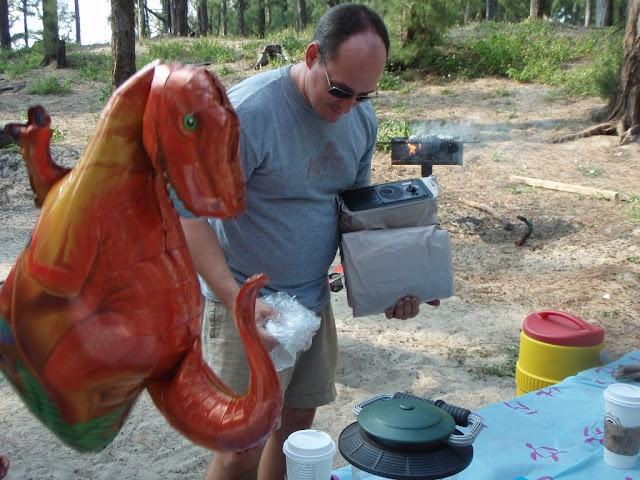 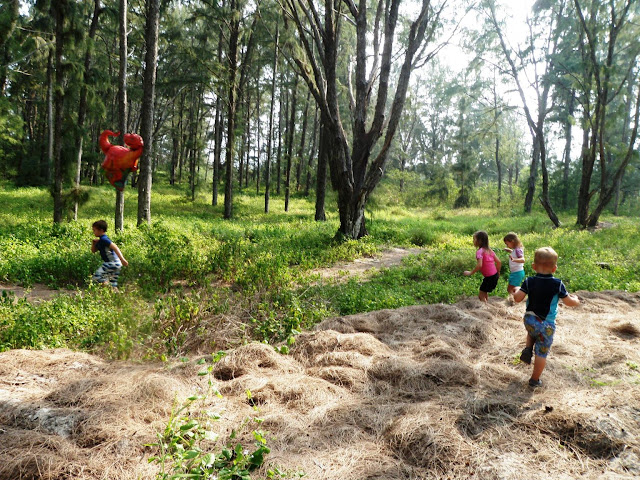 Showing dino the woods with all the kids in tow.  That's little brother Ben in the foreground. 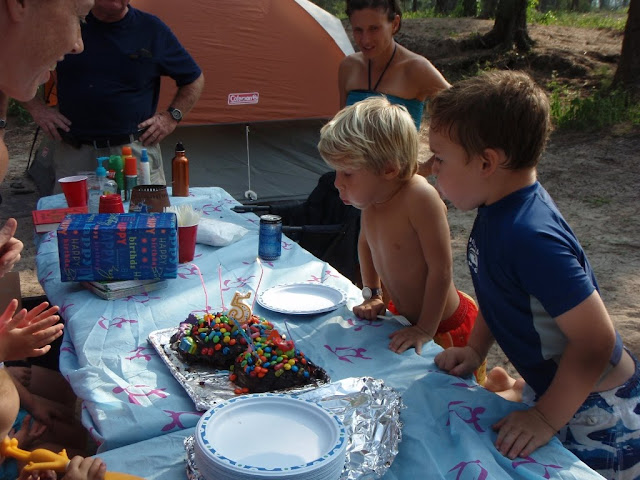 Blow those candles out so we can dig in. 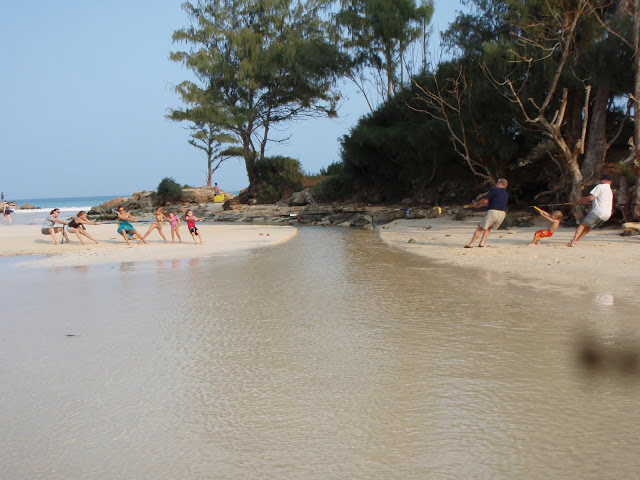 An all-out Tug-O-War.  Several guys on the right didn't make it into the picture.  Sorry.  Missing are Sam and Jon who is one of the daddys. 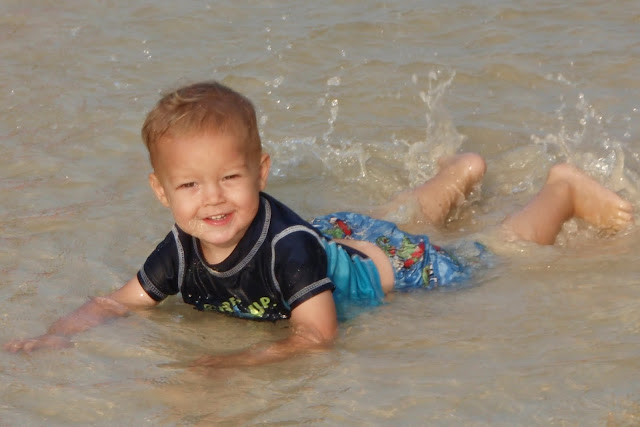 Here's little brother Ben, a happy party-goer who, at 20 months, keeps up surprisingly well with the big kids! 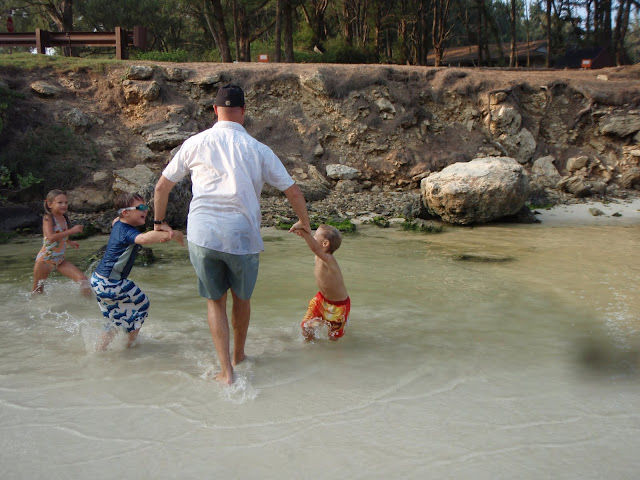 All the kids were begging to be "body-tossed" by Dennis, a daddy of 3. 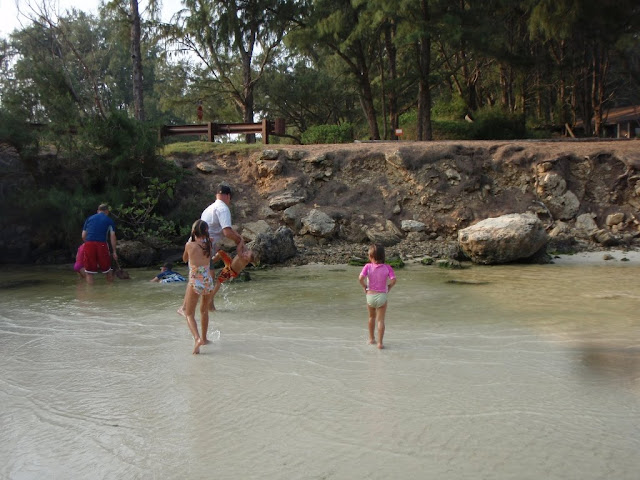 And Daddy of 2, Jon at far left, is a "gifted" fish netter who showed the kids how to catch those silvery wigglers. 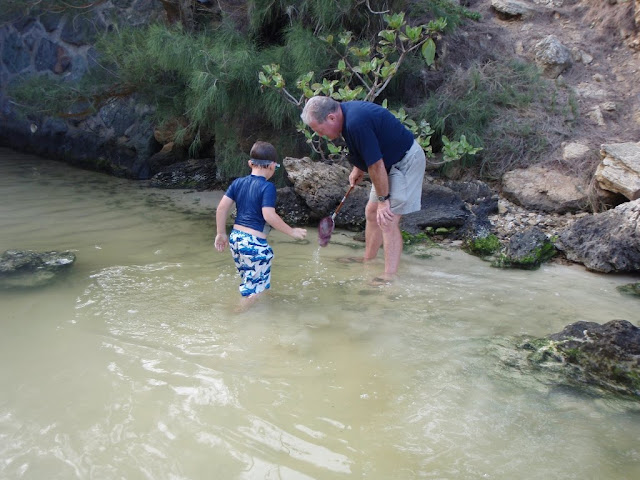 Sam enlisted Richard's help, since he could stay a little bit longer.

Dinner was a typically wonderful Davey creation, followed by a relaxing time around the campfire.  RELAXING?  Yeow!  By flashlight, every few minutes we were finding the "Hawaii-huge" centipedes wandering around our feet.  The guys had all manner of weapons at the ready, and were hacking up 6 and 7-inchers!  And they don't just die when they're hacked -- every one of their pieces is wiggling and flopping like a fish out of water, and no one knows which wiggling section has the "biter" on it.  It was a perfect set-up for Kathy to surreptitiously tickle Davey's leg and watch him launch himself!! 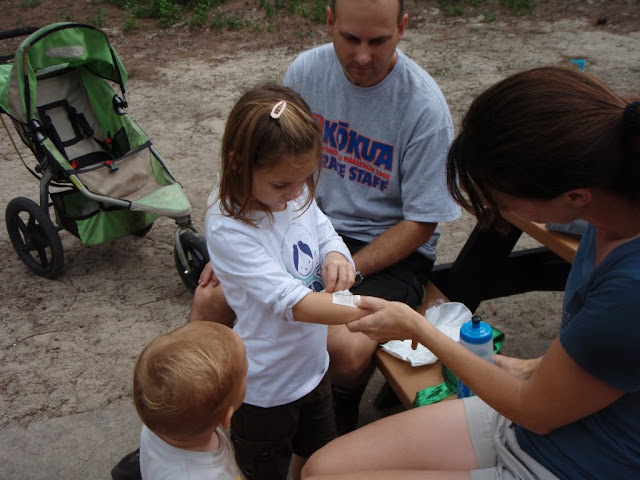 Now for some dino tattoo transfers! 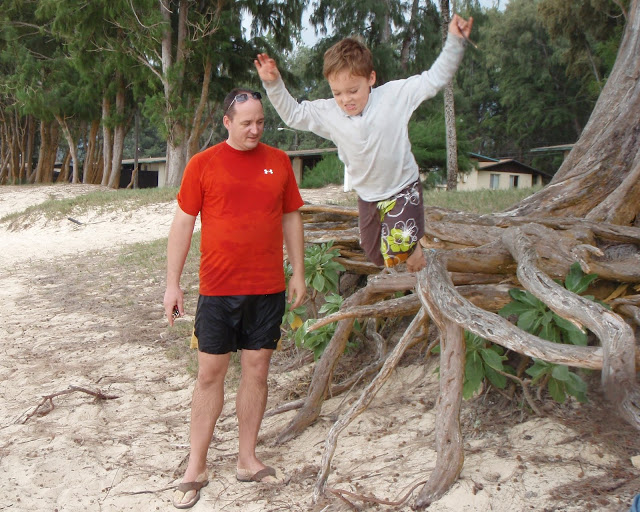 The next morning, Dave was up early to prepare that smell of all smells -- camping coffee!  After breakfast, we broke camp and headed for the Bellows beach before leaving.  We're only about 5 miles from home, so we're lucky we can get back here often.  In this picture, we're doing what Sam calls "tree jumping" and all the kids really got in to it. 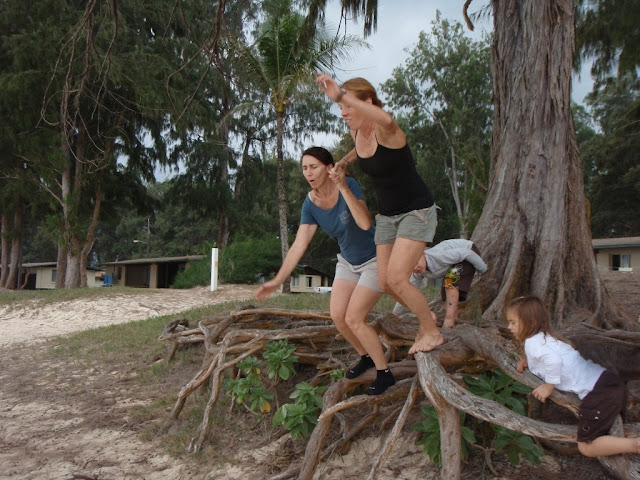 Our moms had a leap, too! 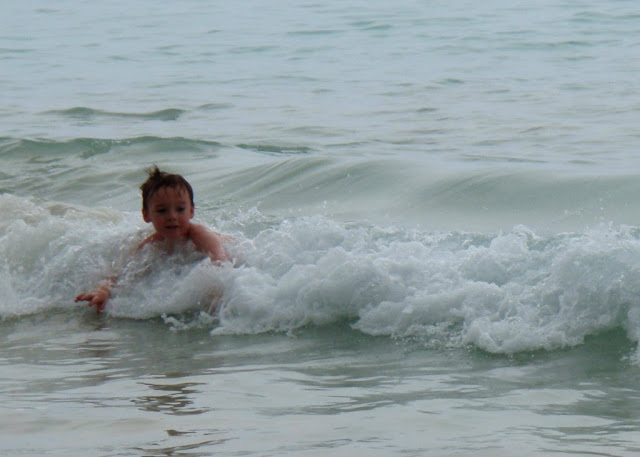