Dave Exits on Business to Mainland, and Secret Ops Ensue in Kailua 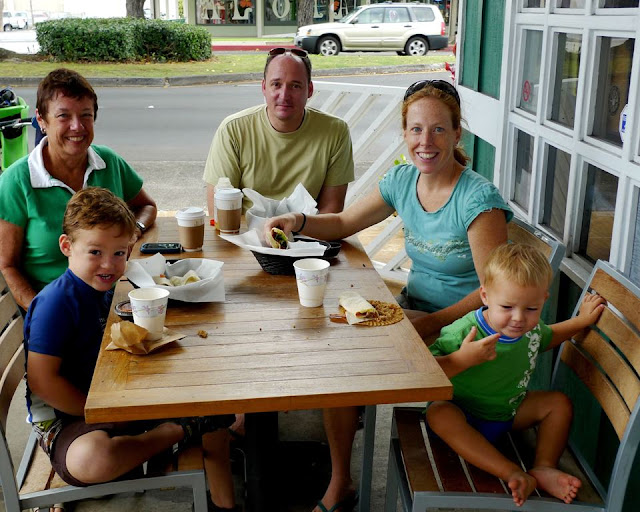 Here's where we frequently gather for a muffin or other breakfast delight, to scope out the day's plans.  Dave will leave for Guam later this afternoon, so Alli will squeeze in lots of "daddy time" for the kids. 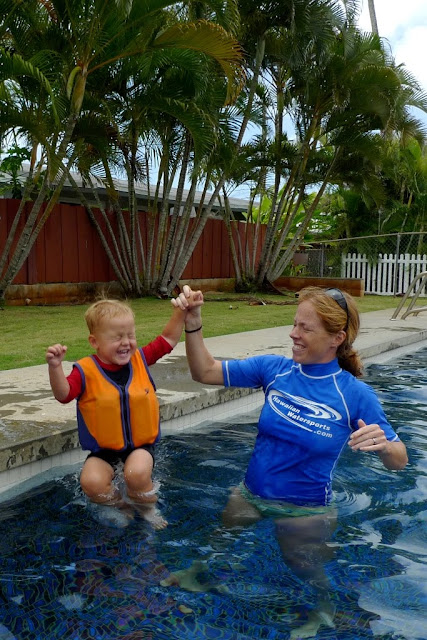 At the Association Pool

Ben's really getting the hang of it -- jumping off the edge.  Note those eyes are closed and a huge grin!  Like his big
brother, he's a water boy 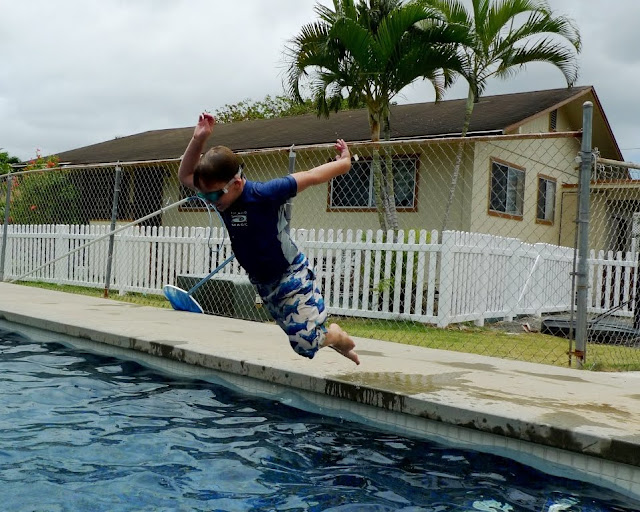 At 5 years, Sam's been swimming underwater for a long time, down to the bottom drain!  A day later, he wanted to know if gramma could swim, so with that challenge set up, I had to jump in and race him to the drain.  He got there first! 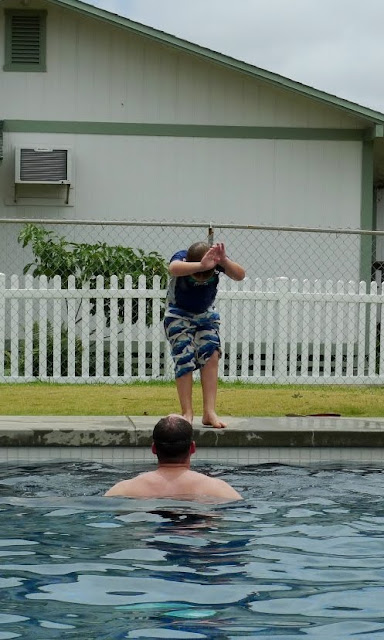 I bet we all remember this pose for the first dive! 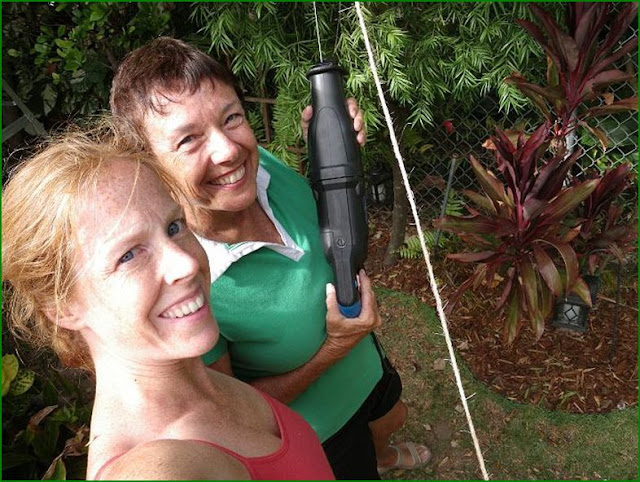 Before Dave could even land in New Hampshire, the female conspirators had raided Ace Hardware where I could get Alli another Mother's Day gift!  The earlier little gift was nice "sniffs" from a special Nantucket, MA perfumery, and now, something every girl should have -- a sawzall (reciprocating saw).  We did all our clandestine tree trimming, cut it up nice and small, and loaded 3 trash bins before Dave could even have landed! 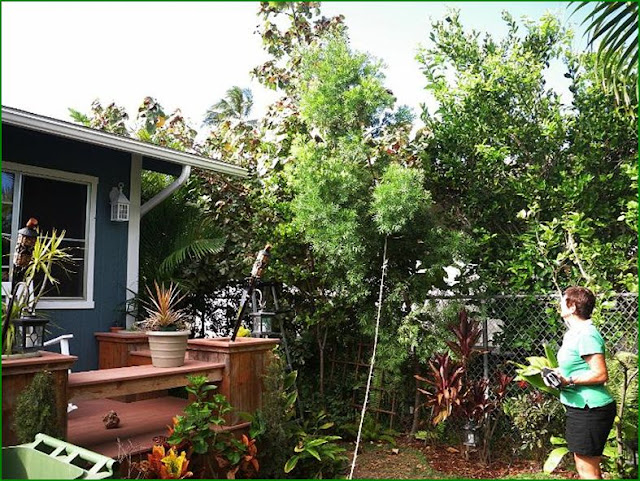 Where we began the "harvest". 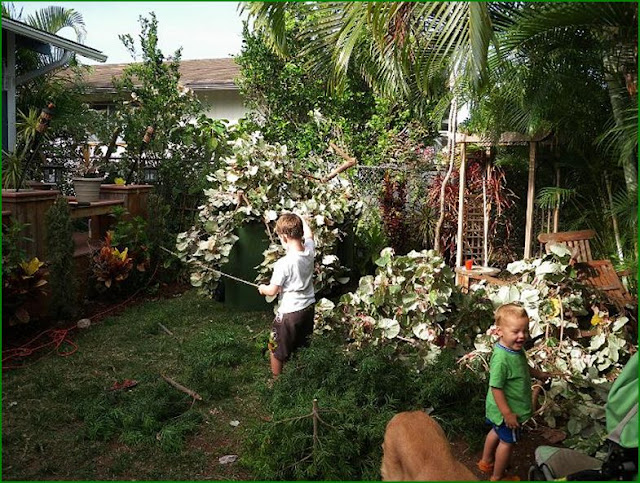 About a third of the way through.  There's more on the ground than in the air now. 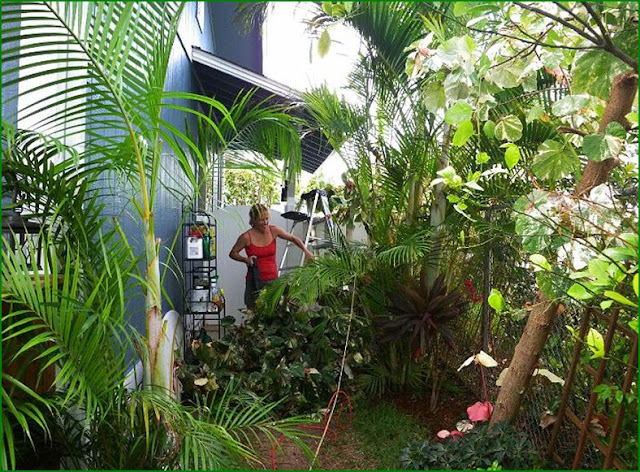 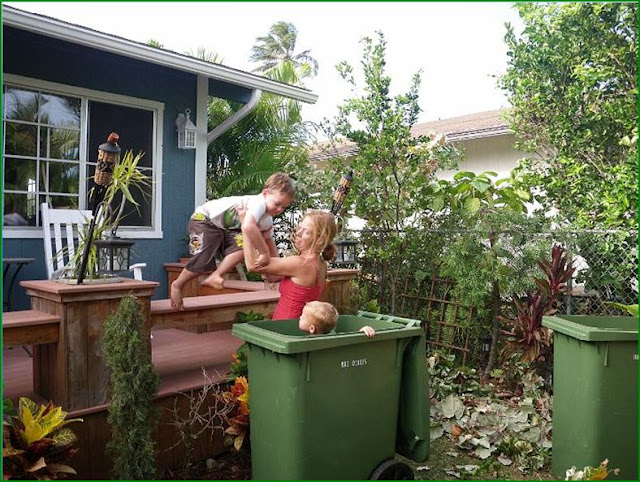 Loading the bins with more than the hau trees!  Sam wanted to jump, but that's 65 lbs that Alli had to "spot"!  Nice job, Alli. 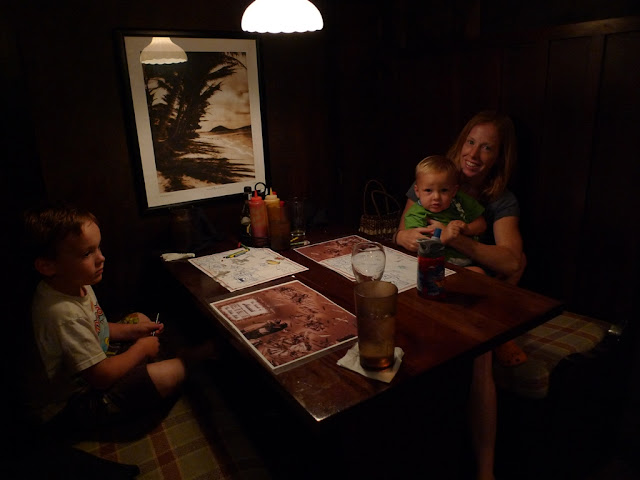 With the big boys (Dave and Richard) off-island, Alli and I could go out to the Kailua Pub (such good food).  Neither of the big boys like it, so we rarely get our dosage of pub grub.  Nice day -- so much accomplished!
Posted by Oli at 11:21 PM