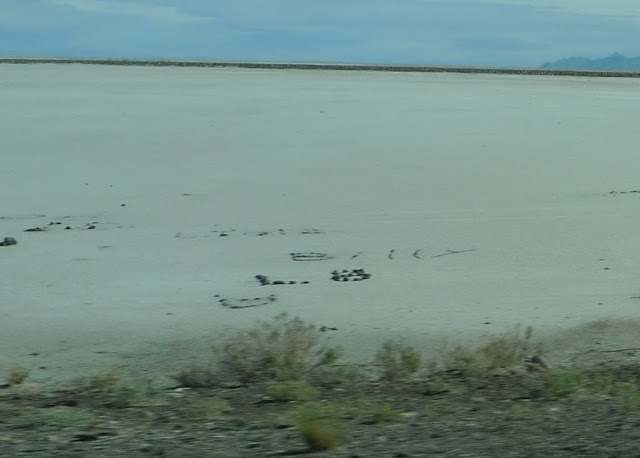 Graffiti in the Great Basin -- miles and miles of décor done by people who must have pulled over on a fast-moving highway to moved stones around to various designs and messages.  Some were very clever, and some were done with bottles that sparkled in the sun. 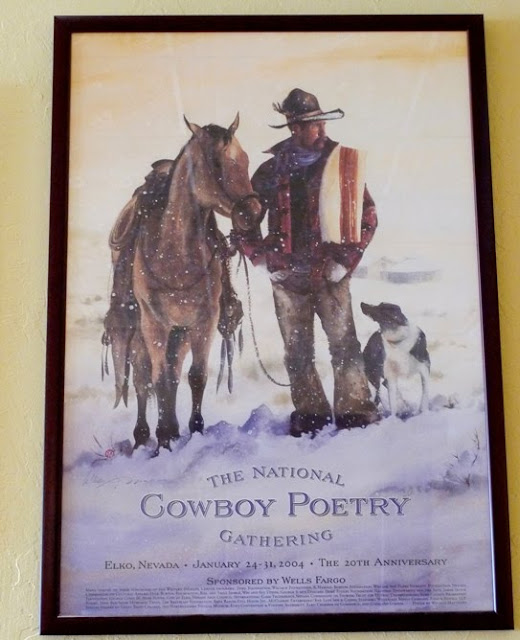 We made a stop in Elko, NV to visit The Western Folklife Center where the National Cowboy Poetry even each year is organized.  "Before Richard", I'd never heard a peep about this, but it goes on every year, and Richard's attended it. 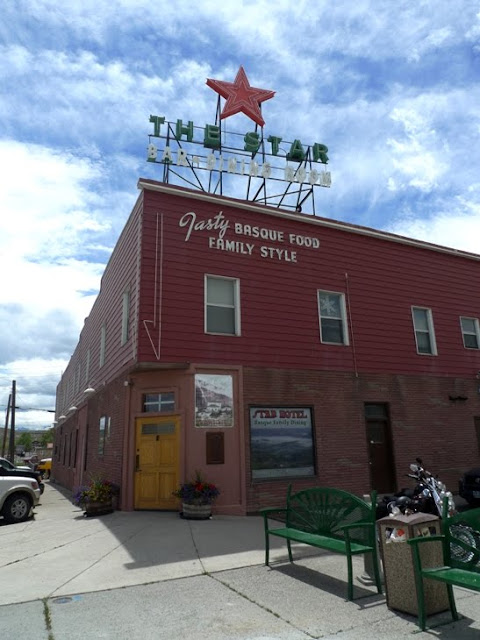 There were other places in town that Richard seemed familiar with . . . hmmmmm!  Elko was a worthwhile stop, especially at the Western Folklore Center where we bought DVDs.  I even found one called "Holo holo Paniolo" which is about the cowboys who went to Hawaii and left "slack key"  guitar as a Hawaiian hallmark. 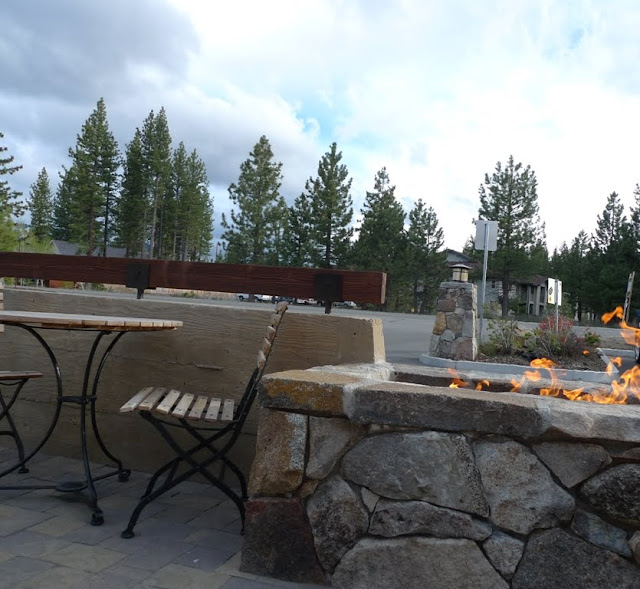 Made it to our Truckee motel and had wine in front, at the fire. Nice. 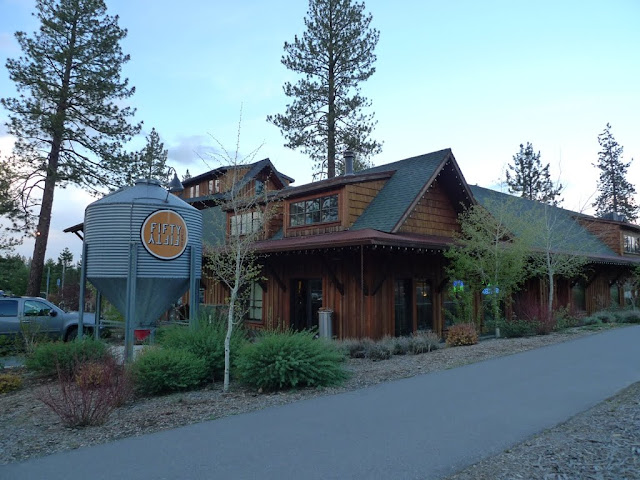 Truckee dinner time.
Posted by Oli at 7:04 AM