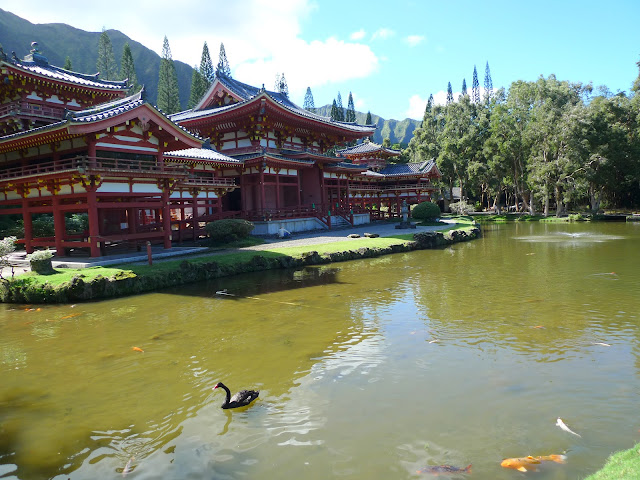 This temple commemorates the first Japanese immigrants to arrive in Hawaii.  It is a scale replica of a temple at Uji Japan that was constructed 900 years ago.  No nails were used. 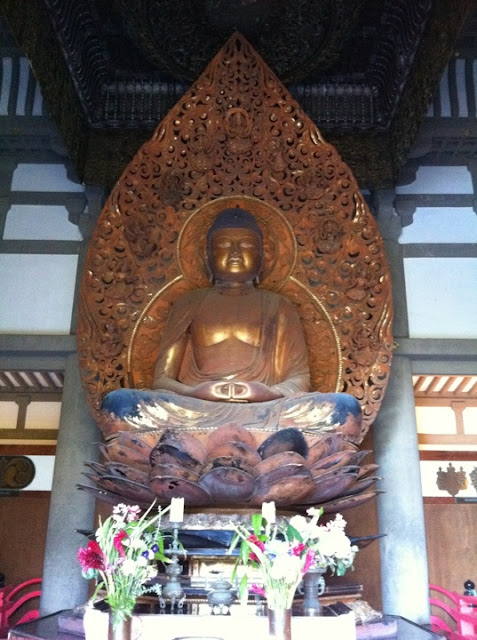 The Buddha is thought to be the largest figure carved since ancient times, and stands 18' high.  When the carving was completed, it was coveed with cloth and painted with three applications of gold lacquer.  Gold leaf was later applied over the lacquer finish.

The hall and the artistry it reflects are regarded as representing the essence of te culture of teh Fujiwara aristocracy. 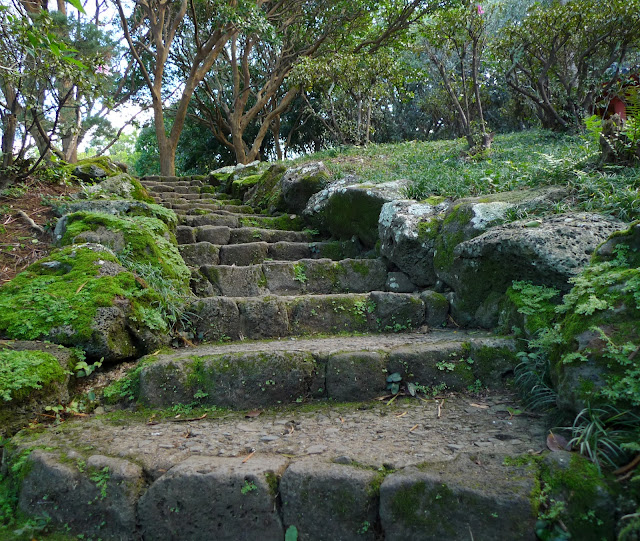 The grounds are lush and peaceful. 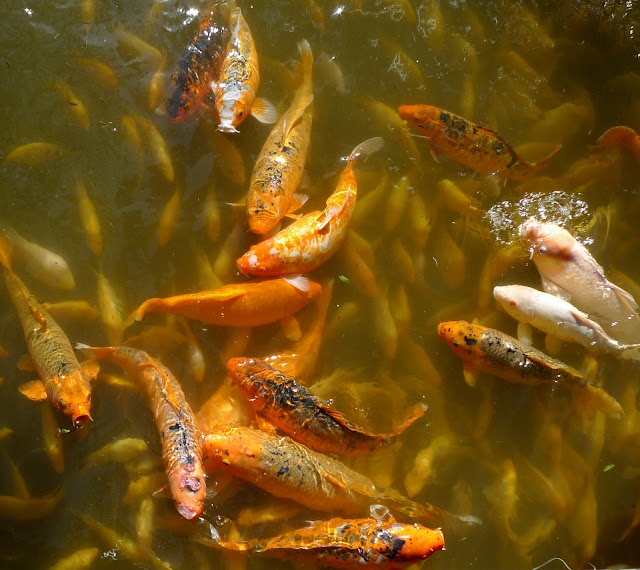 A meandering stream with huge carp by the hundreds . . . 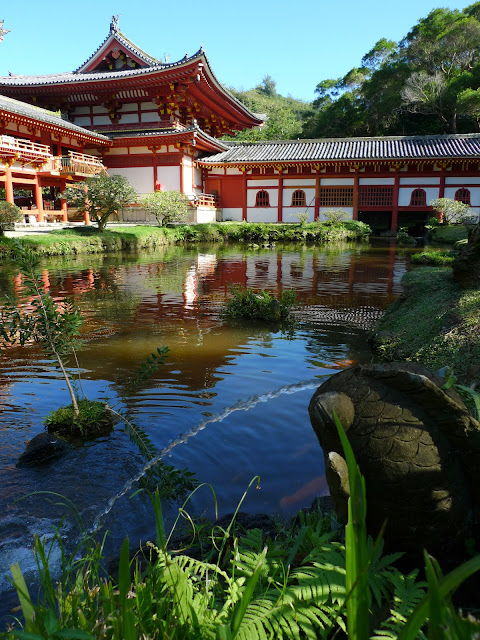 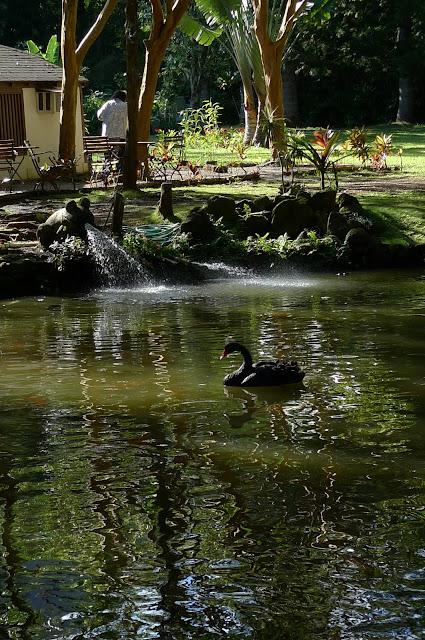 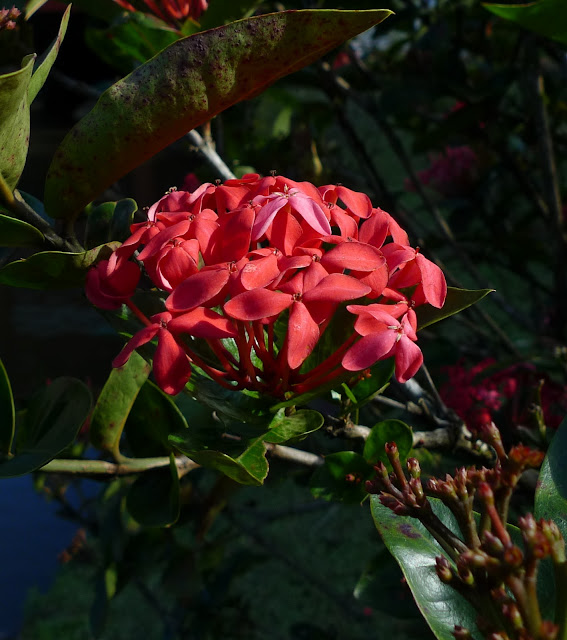 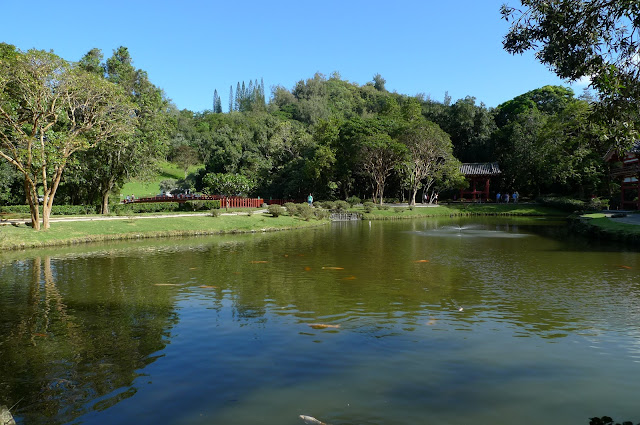