HERE KEY, HERE KEY, WHERE ARE YOU, KEY?

That's an early sign that not everything's in place for this day!  Richard and I  got the call while at Kalapawai waiting for breakfast,  asking for a jump from "Triple R".
That's for  "Richard's Ready to Roll". 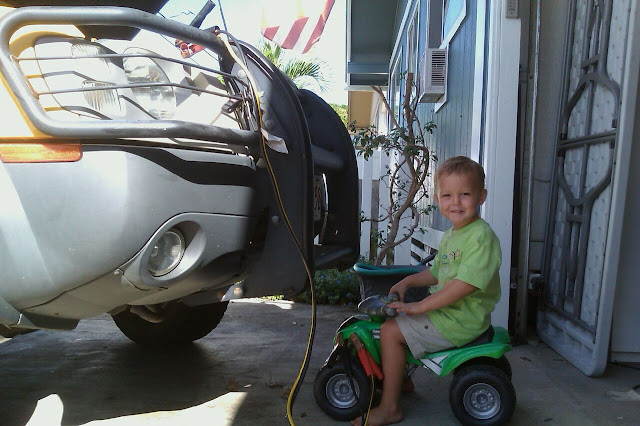 Apparently, "somebody" left the truck key in "accessory" position overnight, resulting in a nice dead battery surprise for the morning!  Ben, quickly discerning his mom's need for rescue, put the jump cables on his "ATV" and coupled them to the truck.  There wasn't quite enough "oomph", so lucky us, we're in Hawaii in just the right place to rescue the damsel.  Ben was so sweet, having earlier tried to pump up tires and do whatever might make the truck work. 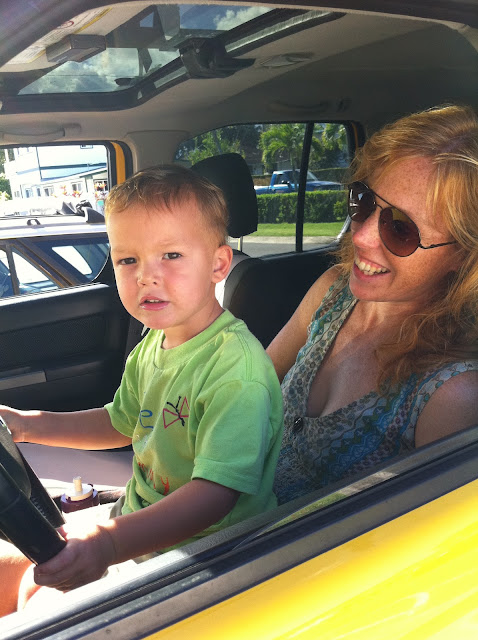 In return for his effort, he was to start the car (pretend).  You should see our little '96 Ford Escort (seen through the far window) jumping the huge Nissan X-terra!  It's hilarious!  This is x-2, since we had this drill about 4 weeks ago.  Practice makes perfect. 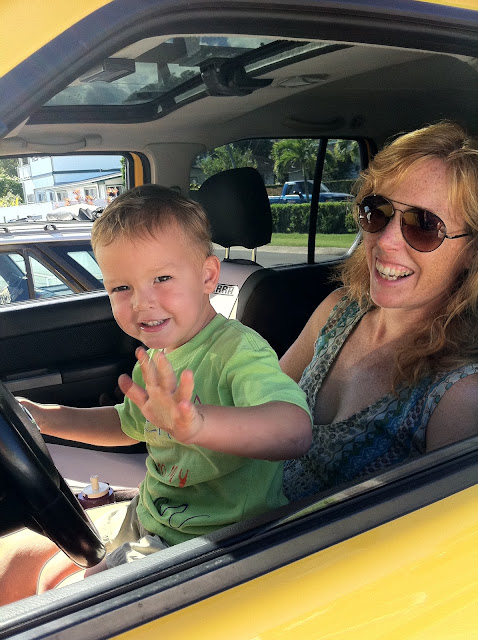 Ben's ready to roll with a "b'bye, Gwamma!"
However, this is volcano cake baking day, which entails a trip to the Commissary only 2 miles away.  Not enough of a trip to charge the battery, so "gwamma" gets to go and sit in the idling Nissan while Ben and Alli scramble through the shopping.  Gwamma has no objection - her iPhone 4 keeps her amused! 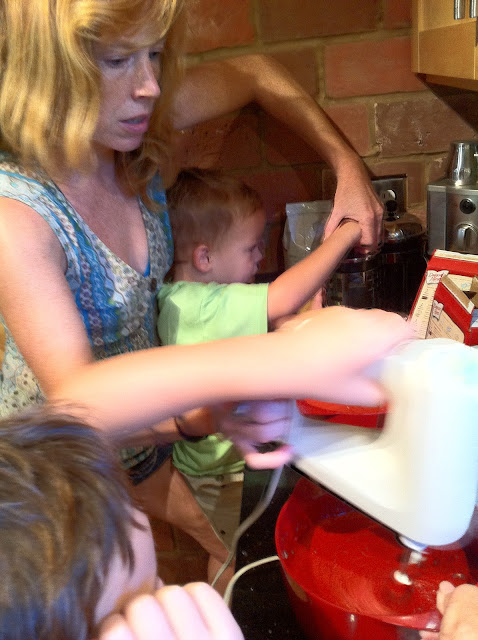 Arms are flailing around everywhere when Sam gets home from school!  This is no common cake, of course!  It's a volcano cake (we'll be going to the Big Island this weekend to see one up close), which will be spewing hot gasses (dry ice in the center with a little water to make it spout).  It's many layers of cake which will be loaded with frosting and taken to Sam's class at school.  Sam's holding the electric mixer here, Alli containing Ben (somewhat), and that's my hand on the red bowl hoping to keep it from spinning onto the floor!   :) 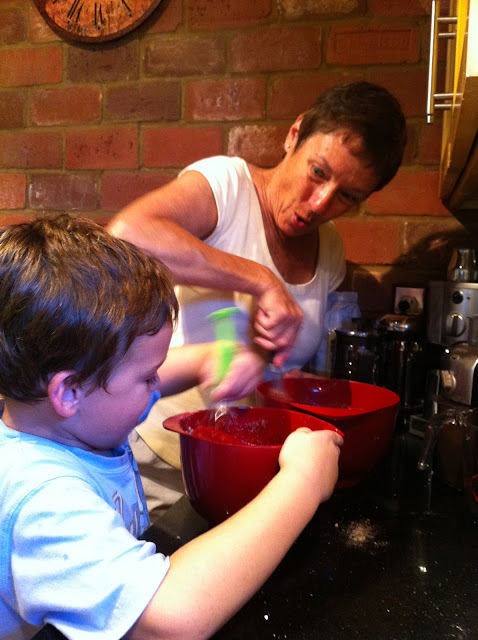 This is the 2nd batch of layers.  I got off easy . . . Ben has lost a little interest and is being amused by Alli while the first batch is baking. 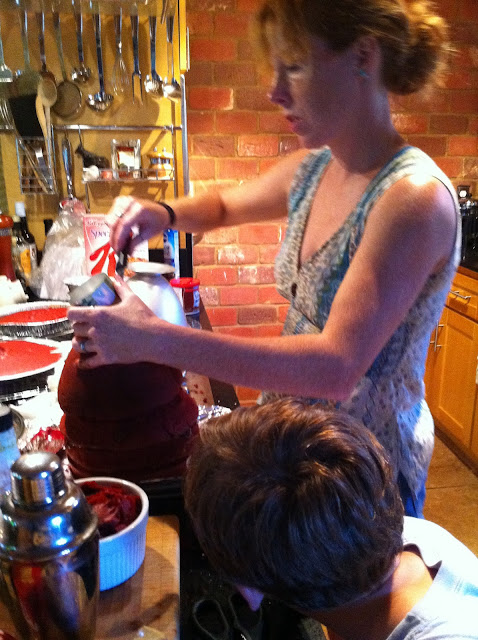 The very tricky assembling (don't talk to me right now) stage!  It's quite an architectural workup. 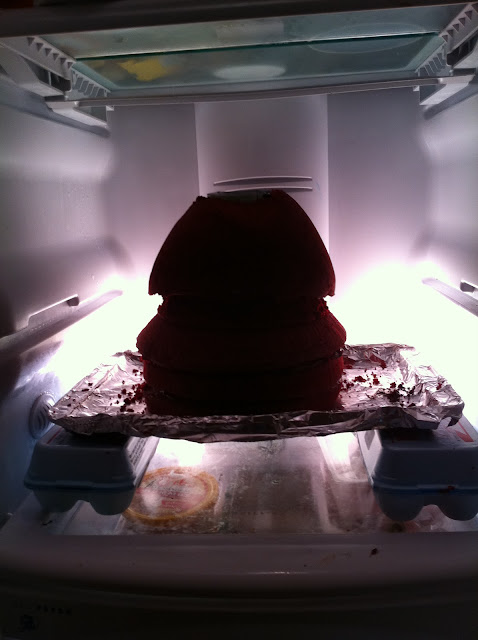 Holding it's shape in the fridge for the night.  Dave was a little less than enthused - he doesn't know yet what we can do cosmetically with a ton of frosting!  You just wait, Davey!  Tomorrow's a whole new day of creativity!  Oh, we also need to source dry ice.  Having a little trouble with that.  Anyone have a CO2 fire extinguisher to donate?  It'll make dry ice!
Sam and I finished the day with a couple of  games of Checkers - he won!  Richard took a weary gwamma out to a nice dinner.
Posted by Oli at 2:39 AM