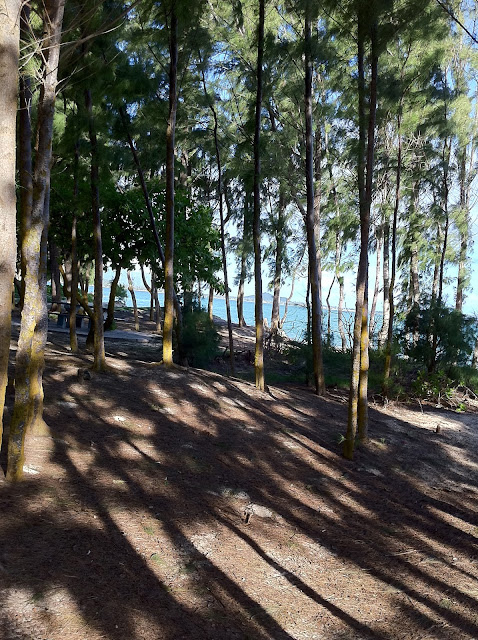 But first, a morning walk from home to a park which parallels the bay. 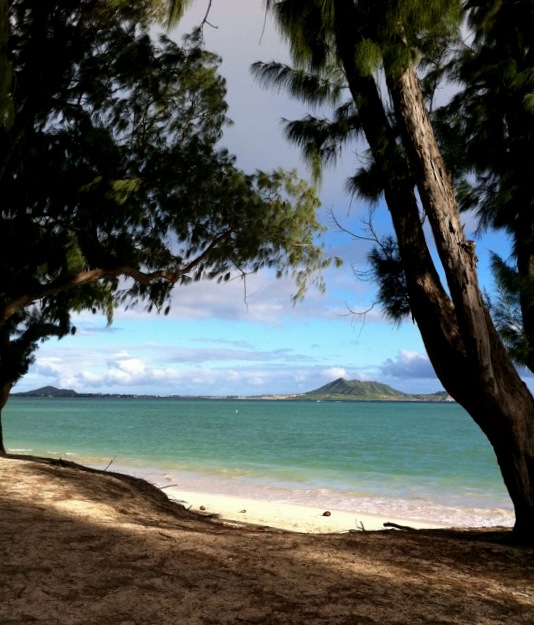 Taken from the park.  Can you believe it?  This is a cellphone picture!
OFF TO SEA LIFE PARK! 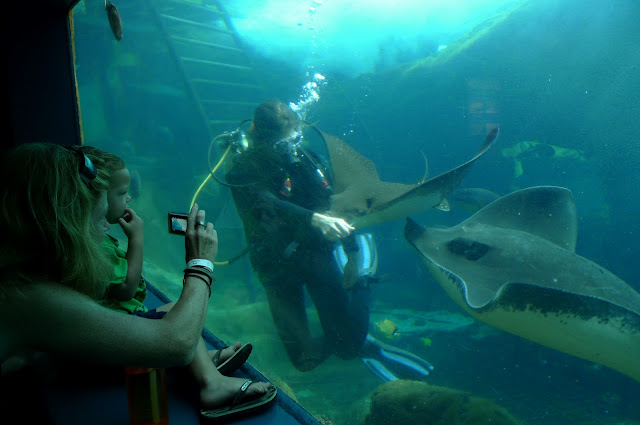 We've been here many times, but the diver today was a special thrill.  She spent a long time with the sting rays, motioning them over to her and stuffing their mouths with shrimp.  She'd swim them over to the window so we could see up really close!  That's Alli and Ben on the left, on a "date" while Sam is in school. 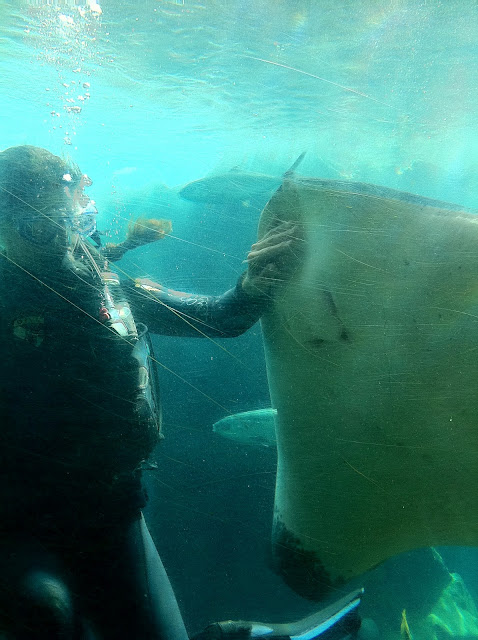 She's about to stuff that under-body mouth!
Here's a link to Alli's site and the wonderful video she took of the feeding.  http://www.kampkrug.com/album/2011/2011-01%20JAN/Sea%20Life%20Park/slides/Sea%20Life%20Park%20sm.html
You will be hearing the peaceful Sea Life Park background music and Alli's narration to Ben as we all watched.
This video is of loudly posturing sea lions.
There weren't many visitors to the park today, which suited us well.  It's a "just the right size" park, meaning you can dig deeply without having to race around to see it all.  And because we're a small island, coming to its sites frequently is no big deal.  Everything is close by; so handy. 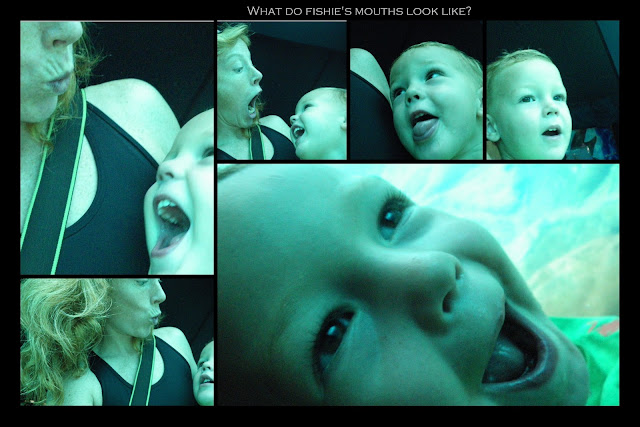 Here's Alli's handiwork - a gathering of "faces" Ben made for us, to show us what fishies' mouths look like.  Shark is top left, I think.  Alli did pretty well, too!  :)
Posted by Oli at 3:09 PM