* Check out the huge Ukulele Festival of Hawaii on July 18, 2010 http://www.ukulelefestivalhawaii.org/en/oahu/index.htm 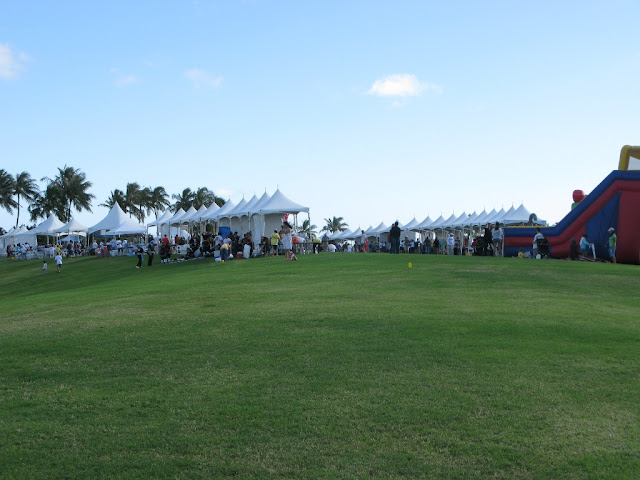 Gorgeous park on its own, but wait'll you see what it overlooks! 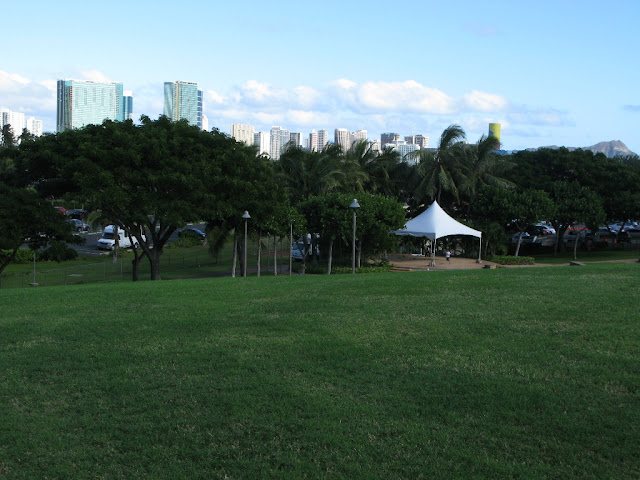 The Honolulu skyline with Diamond Head at the far right, and the children's Discovery Center just to the left of Diamond Head, with its yellow stack. 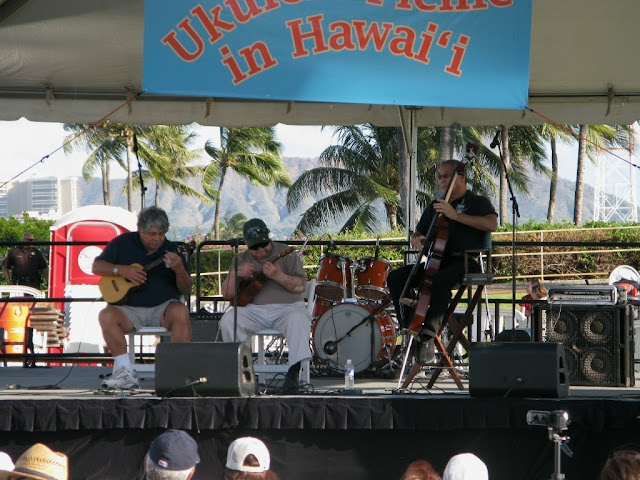 Legendary uke players who showed the world the ukulele as a solo instrument!  That's Diamond Head in the background. 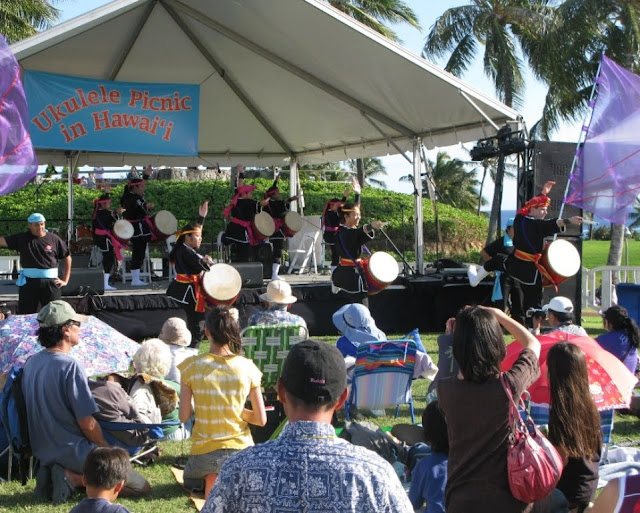 The program was in English and Japanse as many were here from Tokyo.  This is a picture of Japanese drummers. 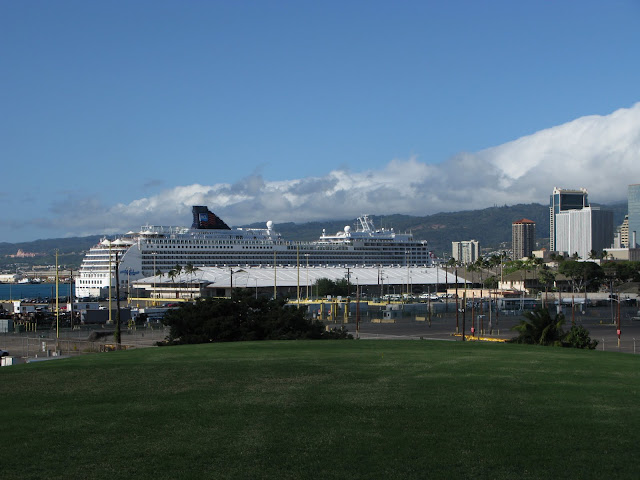 From the concert, you could see the Norwegian Cruise Lines "Pride of America" in port, which cruises several of the islands, and even took me on a 7-day cruise a few years ago. 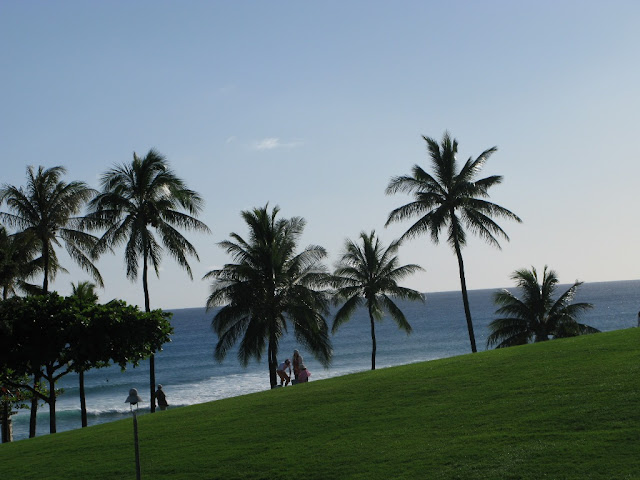 From the concert, a view of the ocean! 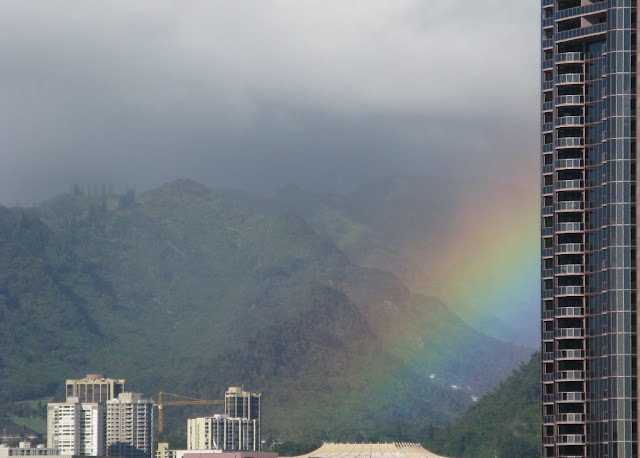 Even a rainbow:  God said He would set a rainbow in the sky to remind us of His promise NEVER to flood the earth again, to rid it of evil as He had to do in Noah's time
. 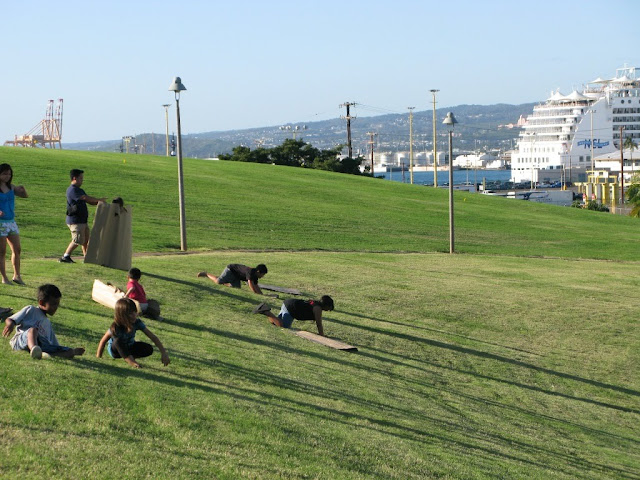 On a hill in the park, Dads were tearing cardboard for kids to use to "body surf" the hill! 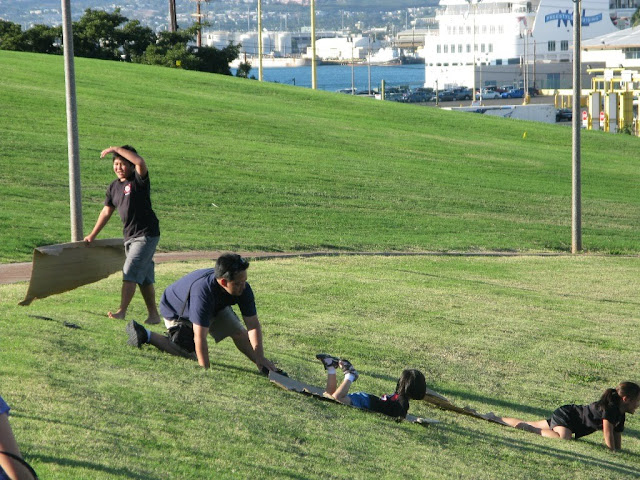 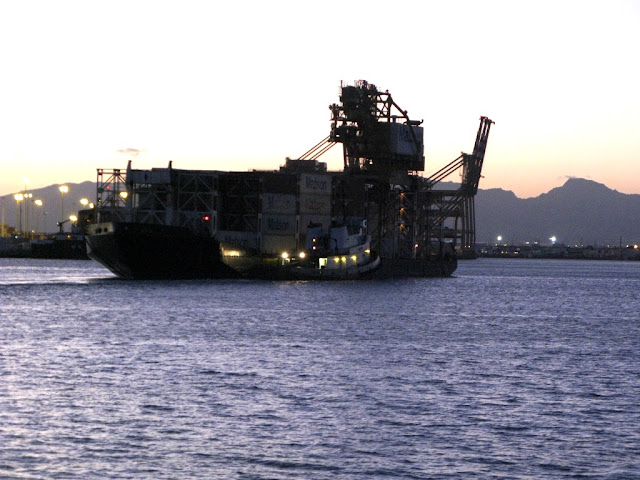 After all this, we had dinner at Gordon Biersch in Aloha Tower, chomped their renowned garlic fries, and watched ships moving about the harbor.  We watched a tug with tow for a long time before it came close enough to see his tow.  It was a Matson barge, and here you see the little tug is now alonside the barge very slowly guiding her in to port.  What a nice day!
Posted by Oli at 1:53 AM