Richard and I live in the evac area close to the Kailua shore, and I began receiving NOAA warning messages at 1:30 a.m. but my cell phone sound is "off" during the night.  I'd gone to bed so early that by 4 a.m. I'd awakened and saw that my cell phone was brightly lighted.  It was a tsunami text message from Doug who is 5 hours later than we are. Richard and I got up, did some packing and  went to breakfast at a local fav restaurant (Zippy's), and then packed up our essential goodies.  Knowing the big wave wasn't expected until 11:20 a.m., and knowing he couldn't just sit around waiting, he went to Honolulu to shop!  I went to Alli's to help with kids while she prepped for an overnight . . . just in case, even though she's not even in an inundation zone.

Richard found the stores in Honolulu were closed, so he went up to the Pali Lookout overlooking Kailua, and soon after, several hundred others were there with radios and bbqs. On H-3, cars were parked alongside the highway and even in the center strip, again with bbq's and party spirit.  Heck, why not?  You can't do anything to stop a tsunami.
Alli and I and the boys left for a hike up 400' overlooking Kailua so we'd be able to see the big wave come in.  There were about 25 other people packed on the tiny hill up there, with myriad doggies, snacks, and drinks.  Under the full sun, it was hot with very little breeze, but luckily, clouds passed by on occasion to mask the sun from us. 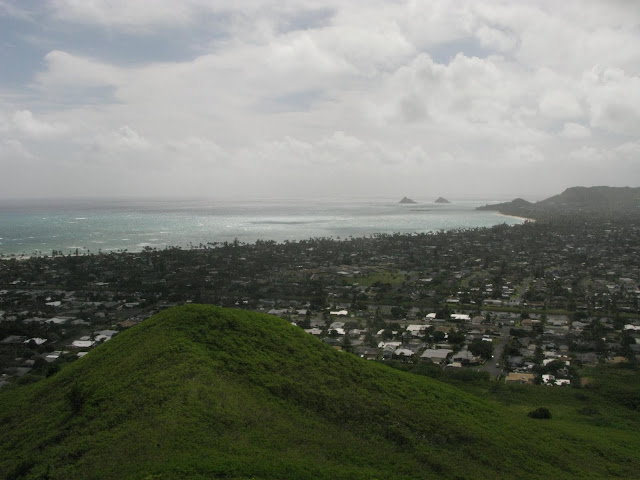 Here's the view from where we hiked, overlooking our town of Kailua. 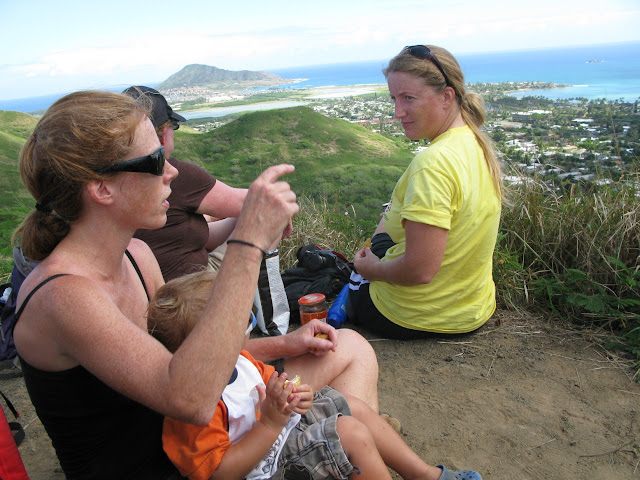 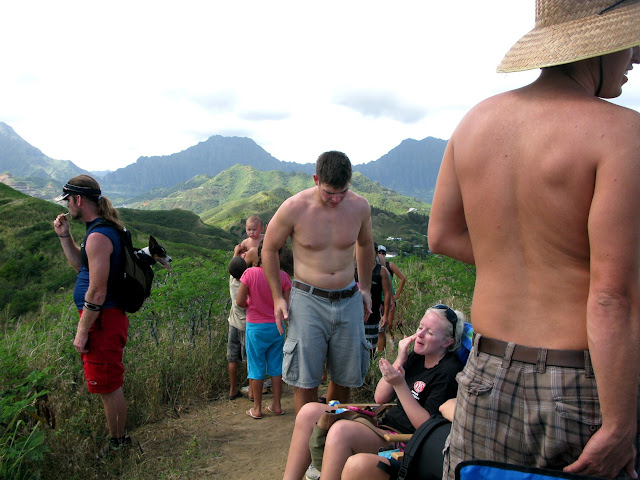 The group quickly outgrows the little cleared tip of the mountain. 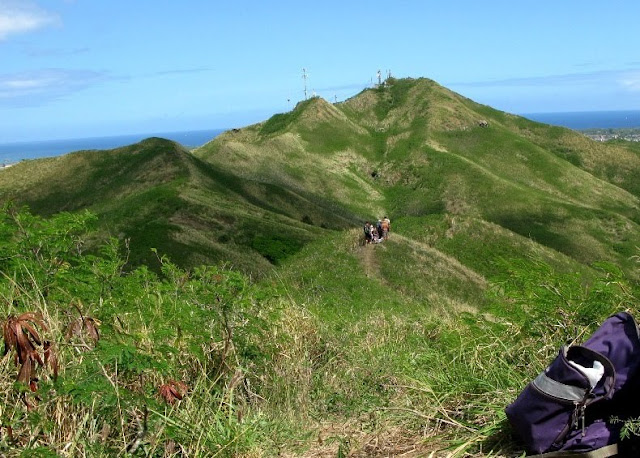 The overflow group hiked to the next hill. 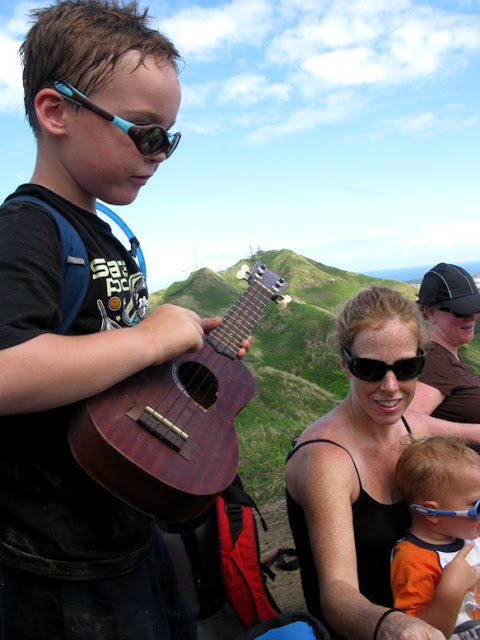 Sam and uke, with Alli and her little Ben. 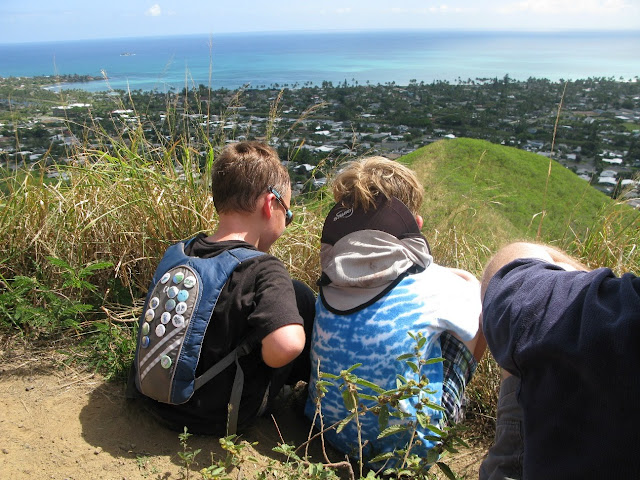 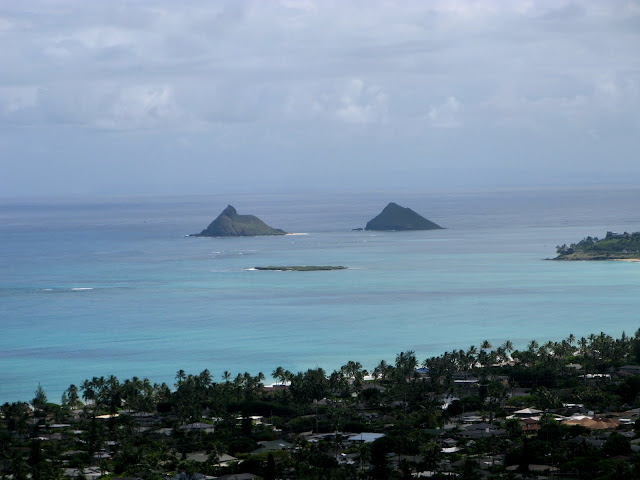 It's a wrap, folks.  Back down the mountain with O'ahu unscathed!
Maybe I'll have Richards pictures tomorrow, taken from the Pali.
Posted by Oli at 11:16 PM