Thanks to Richard and Alli, I'm enjoying over and over again, the minutes of "chat time" I get with my grandchildren.  You just never know when it's going to happen, but every time it does, it's priceless.  Let's hear a cheer for the fun of being a gramma! 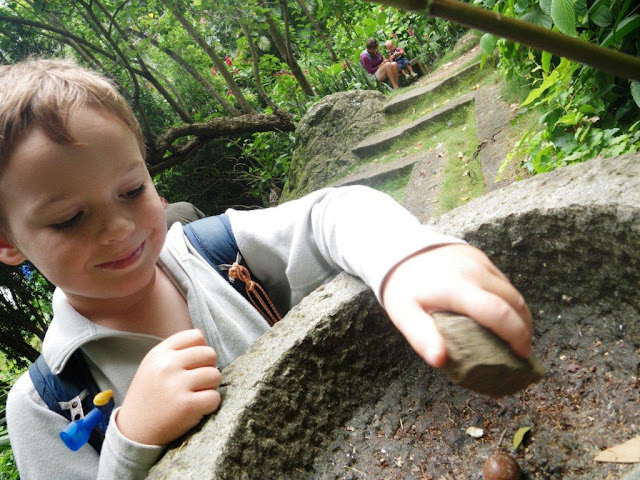 Here's Sam cracking open a macadamia nut found on the ground, and in the distance, a "chat" has broken out between Gramma Oli and little Benji. 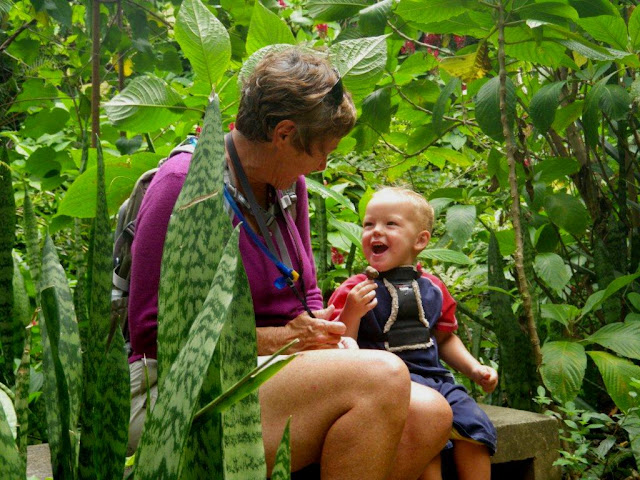 We were both laughing!  He'd talk for a few words and then the sentence would turn into a lengthy "mumbo-jumbo" which he knew weren't real words, but he was just tuckered out with forming exact words. 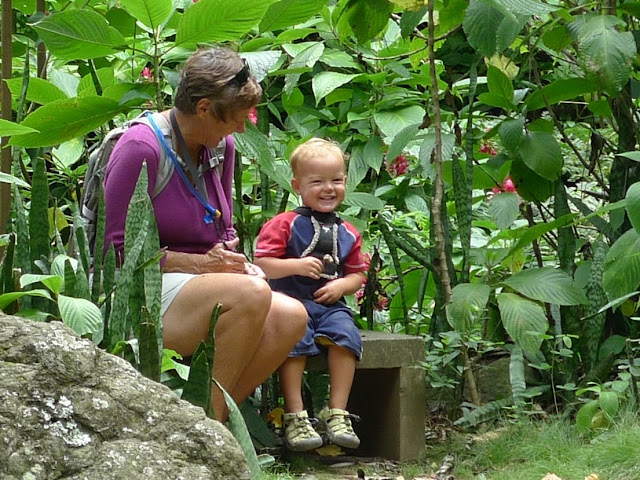 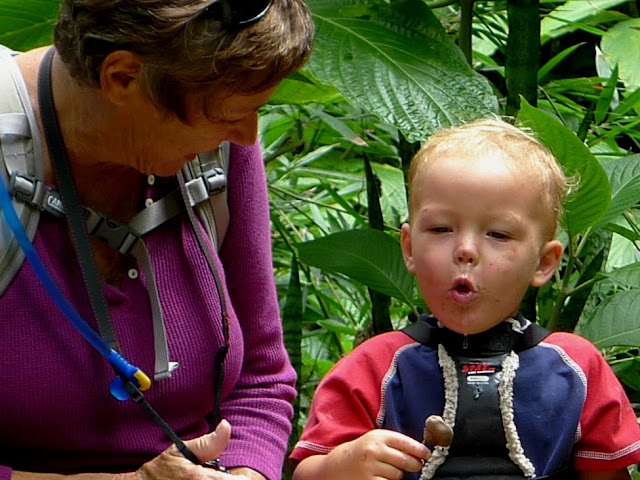 This little chatter had the worst cold, with drools from his snootie, and teething drools down his chiney-chin-chin, but it didn't dampen his spirit.  In fact, he generously tried to feed some treats to gramma from his grimey little paws, to which she laughed and said, "Oh no thank you, that's for Benji!"  Alli was totally laughing at the predicament! 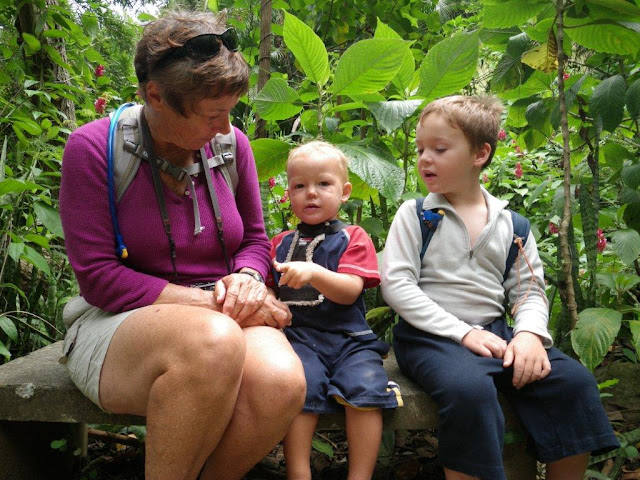