On the Only Dark and Dreary Day in 6 months . . . Whatever Shall We Do? 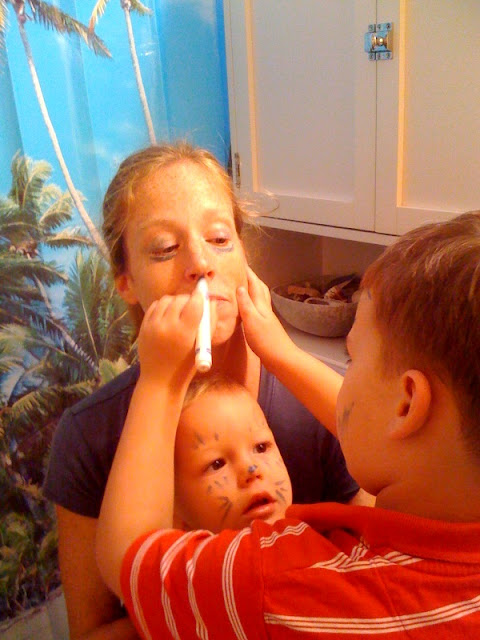 For starters, Alli never ever runs out of creativity!  That's her handiwork you see on Ben,
but of course, it couldn't stop there, so . . . 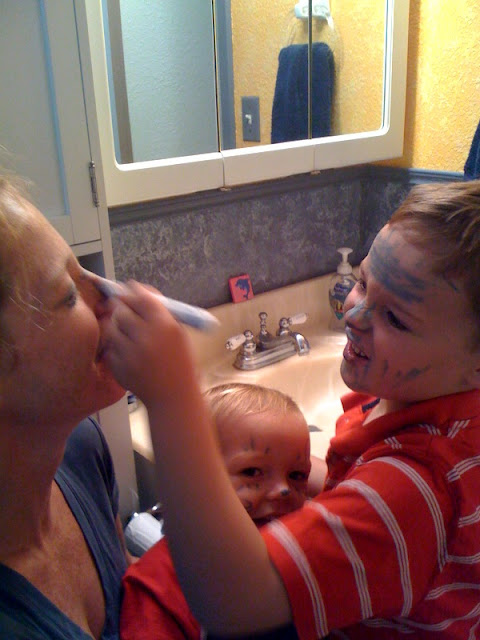 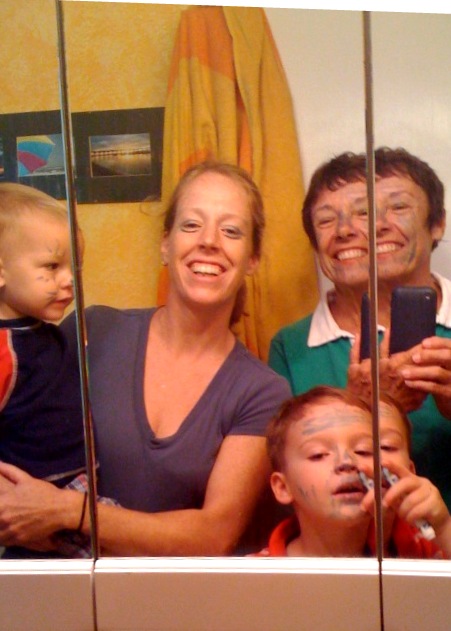 . . . and a little touch-up on Sam . . . we're ready to step out!  We decided to go to the in-town Kalapawai Cafe where everyone knows us, and have some fun!  Funny thing is, pretty soon you forget you've been painted except for the stares some obnoxious people have!  Just kidding about "obnoxious".  But for real, when we came home to Alli's, she had to have a little chat with a bunch of workers at the house next door, and she had totally forgotten the face paint.  I pulled away in my car, but saw the strange looks she was getting from the guys, so I circled around the block and returned to be sure she was ok.  By then, we'd all realized why they were quizzical about her appearance!
Posted by Oli at 2:54 AM