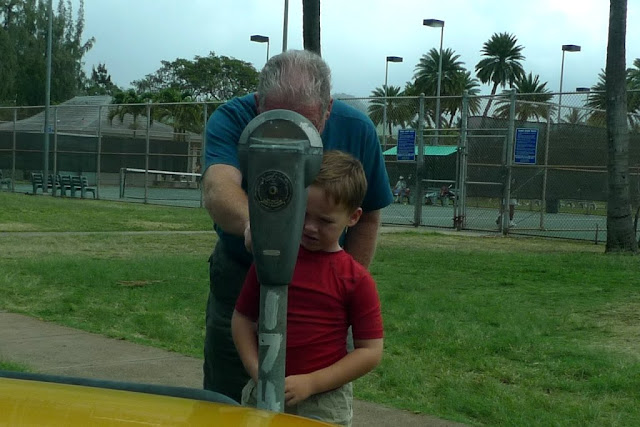 Sam and Richard are consulting on how much to feed the meter. 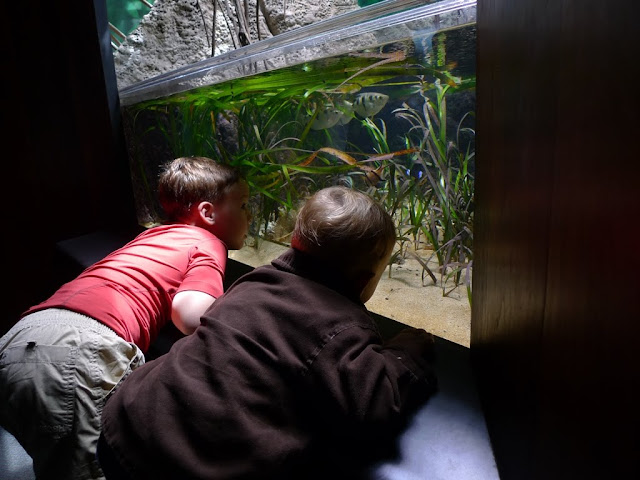 By mainland standards, this is a small aquarium, but we loved it.  The displays were outstanding, and you could get up really, really close.  That's Sam (5) on the left and Ben (nearly 2) on the right, and I'm taking the pictures and lovin' every minute of our 6 months here getting to see my grandchildren and their parents! 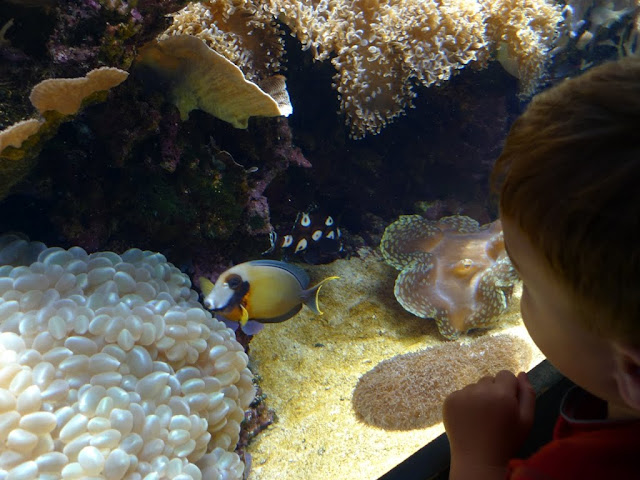 I'm having trouble choosing which pictures to post -- the colors of the fish are spectacular, and there are some really "odd" guys, too. 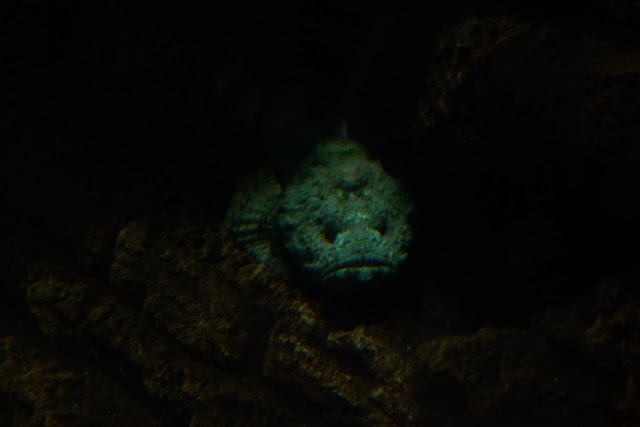 Speaking of "odd guys", this one needs a dermatologist . . . badly! 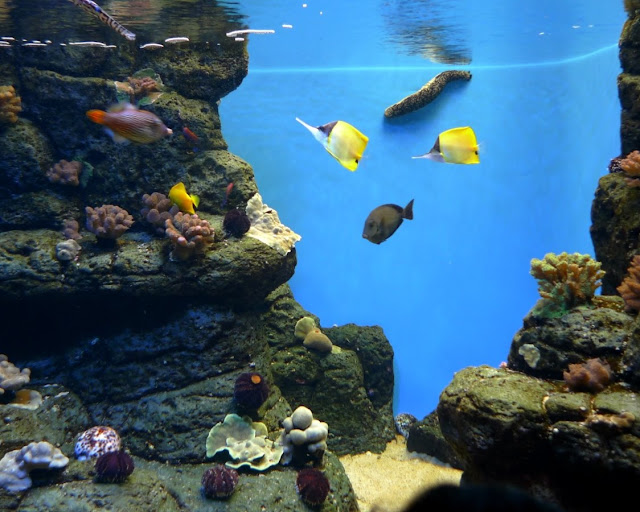 They seem to get along well with each other, even that funny worm-thing near the top. 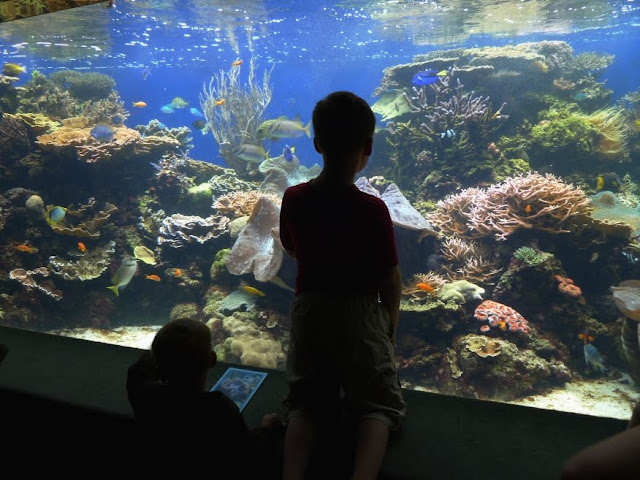 Sam's on a ledge to get a little better view.  Everything was well-documented so for those who can read, we sound quite smart describing what we're gawking at. 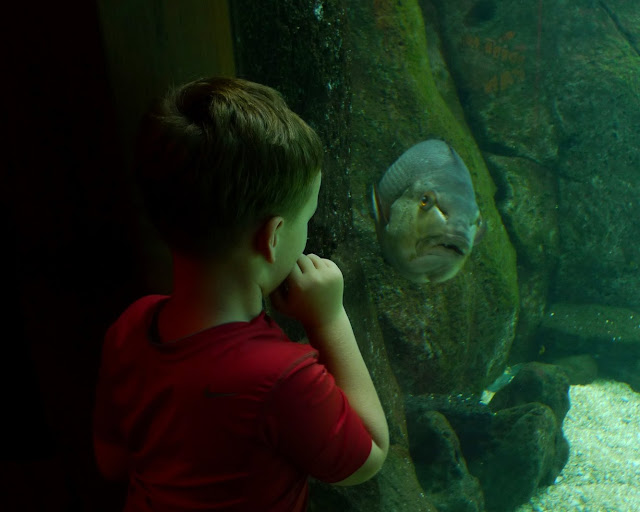 Looks a little like mom or dad on a snarfy day! 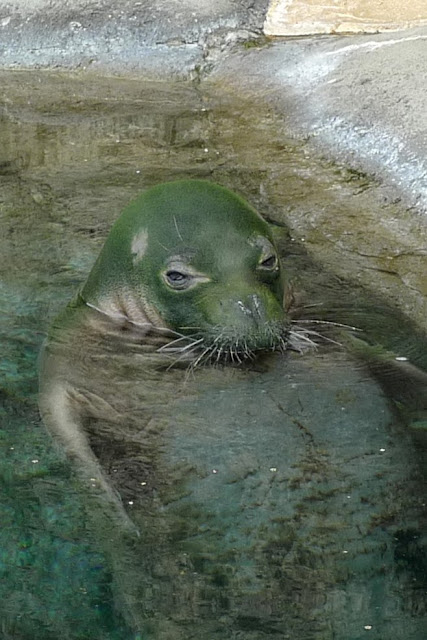 This guy is endangered.  I can see why . . . I mean . . . he's really cute!  That's a Monk Seal and a few mosey up on beaches over at Ewa (eh-vah) to molt, but 2 years ago, we had our very own right here in Kailua!  He drew spectators of all sorts, including curious doggies, so there was an encampment of volunteers and NOAA people who spent a couple of weeks camping out to guard him 24/7.
Posted by Oli at 2:16 AM