The Polynesian Cultural Center in La'ie

Richard's first time here; my 4th.  Would I recommend it at $45 for the least expensive ticket?  That's a tough one for me because  I don't like to make recommendations of where to go, and my description of "what's it like" may be far from what would prompt you to go or not.

Me?  Most things are a "go"!!!  Call it "adventure" if it needs a name, okay?  Just go because "why not"?  Expect to learn something, and you will.  Pretty much that's reason enough to try new things and new places.

Remember though, we live here and aren't trying to ration our time across too many things to do.

There's a 30-minute show "on the water", and the rest is well-produced surveys of several Pacific Islands, their history, music, dance, games and beliefs.  I like it, and learn something each time I go. 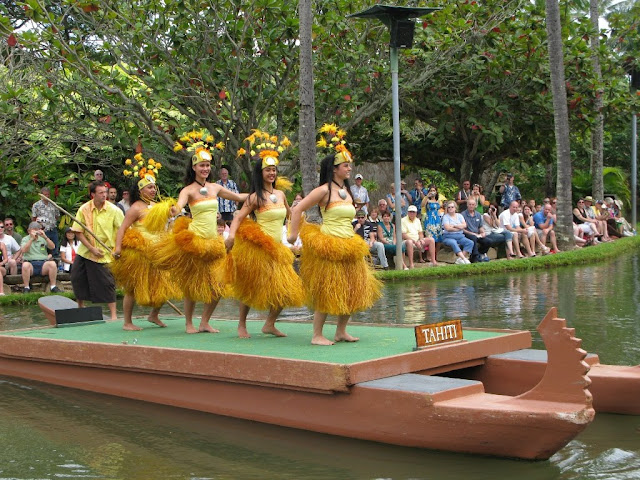 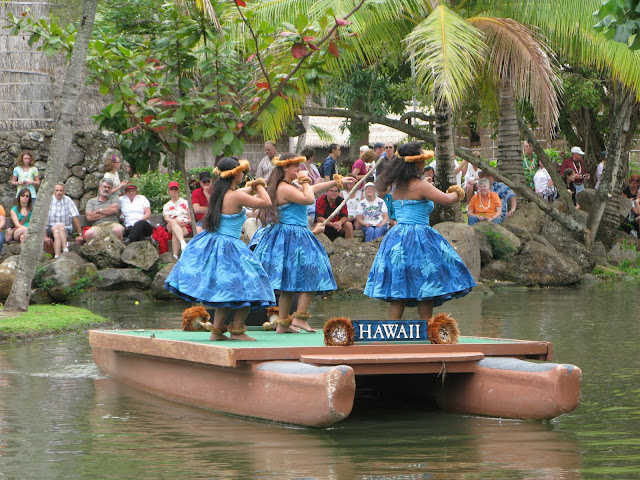 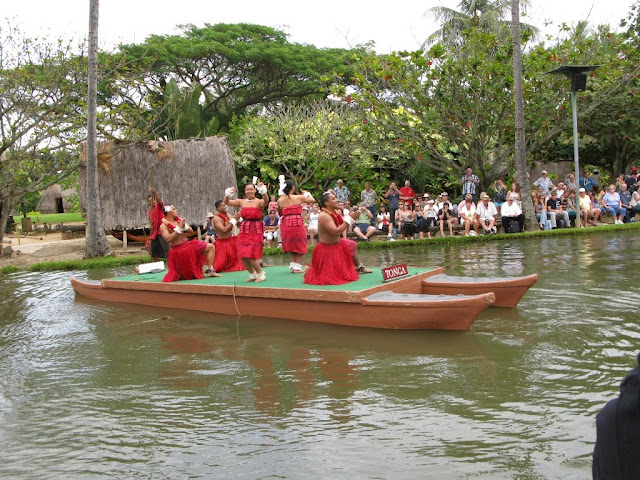 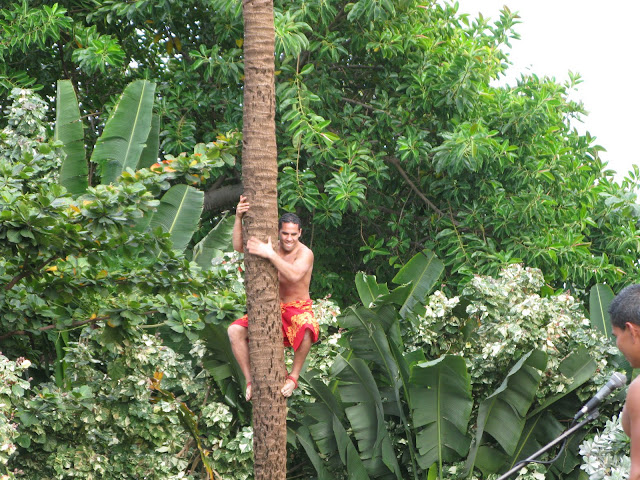 You should see how fast the Samoans get to the top of an 80 ft coconut palm!  No spurs, either!  The coconut palms here in Kailua, HI get climbed annually to get those coconuts out before they konk someone on the head, and many of the climbers are Samoan.

Something else the Samoans do is rub two sticks together to start a fire.  They teach it to their 8-year olds!  I've seen this demonstration here and at the Mac Nut farm several times, and I still can't do it!  Alli sets it up every year at Hogmanay, and a couple of us get puffs of smoke, but can't get the coconut "hair" to ignite. 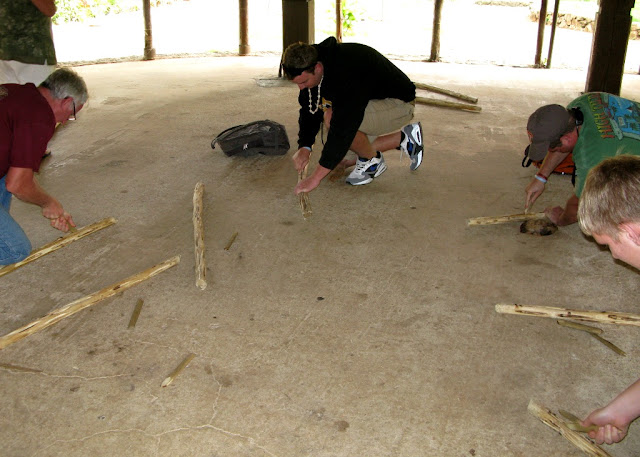 Here's a collection of four men giving it a go, but NO SMOKE!  The wood that's used is wild hibiscus, called Hou. 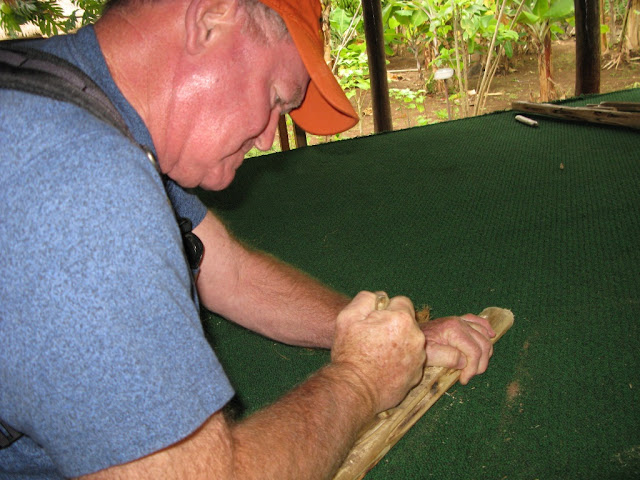 Seein' as how nobody got smoke, and you can't do any worse than that, I inveigled Richard to try, and guess what?!!!!  SMOKE!!!  Good goin', Richard!  A little more practice and you'll be the star of Hogmanay next year.  The Hou wood is over at Alli's!!