The day started out with a nice, bright sun and just enough wind to entice the kite surfers and Richard out! 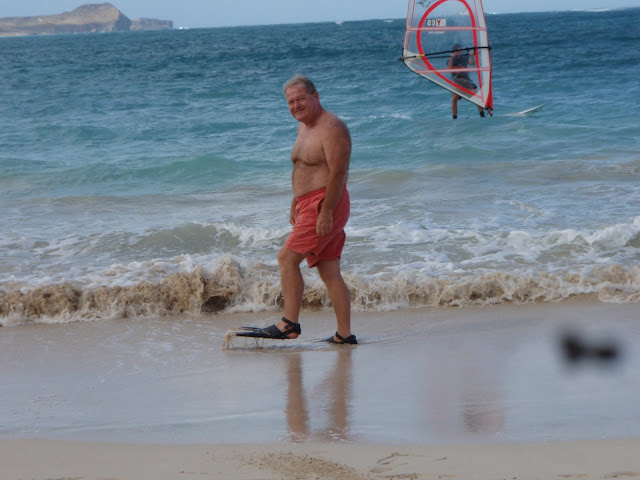 With a wind surfer in the background, Richard is trying out his new fins. 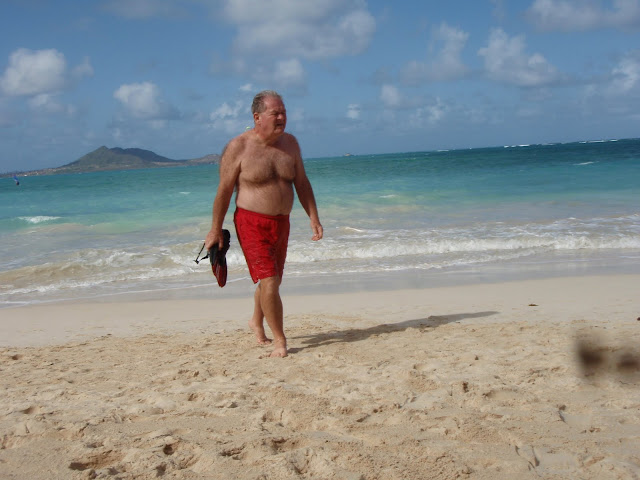 They work!
Now it's late afternoon, cloudy, windy with rippin' shore breaks and who shows up but Alli (with Davey arriving about dinner time), and two little boys, for a romp in the surf. 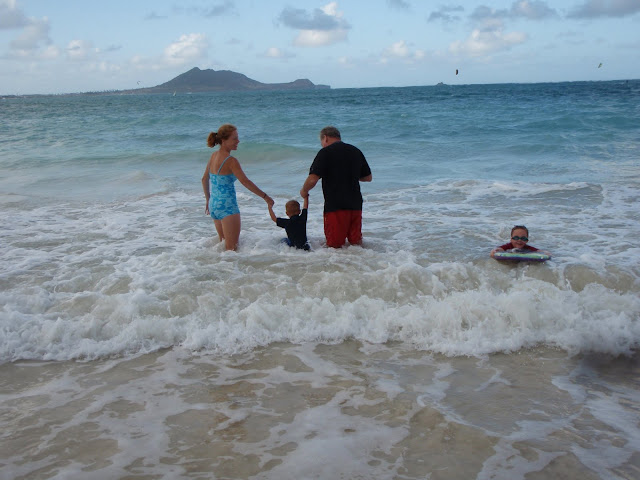 Surfer-dude Sam was in his element with "real" waves to ride, using his new larger boogie board, and Ben got a good introduction to what somewhat rough (for a 20-month old) shore breaks are all about.  Sam is on the right, and Alli and Richard are helping Ben romp. 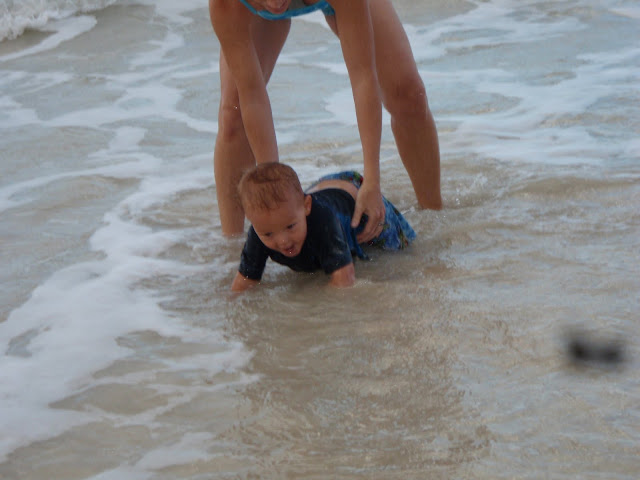 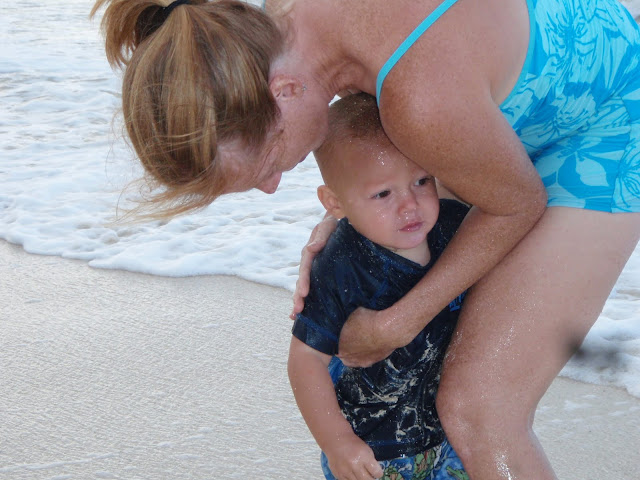 . . . and Mom is the perfect person to comfort and fortify her little guy for  the next wave. 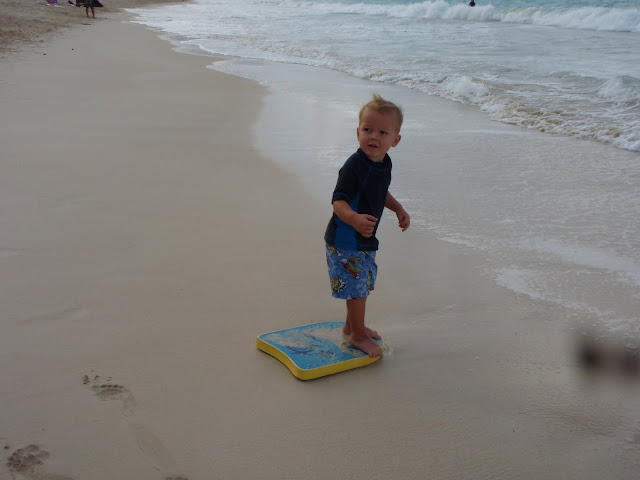 In his browsings, Richard came across a tiny boogie board and couldn't resist.  Ben's testing it out wiht a little "hang ten" going on here. 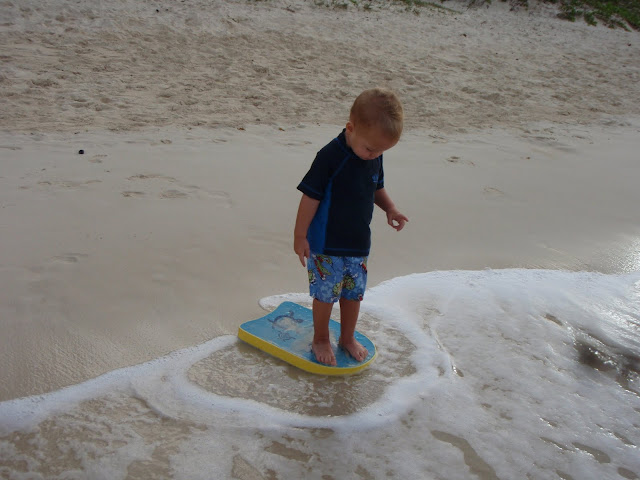 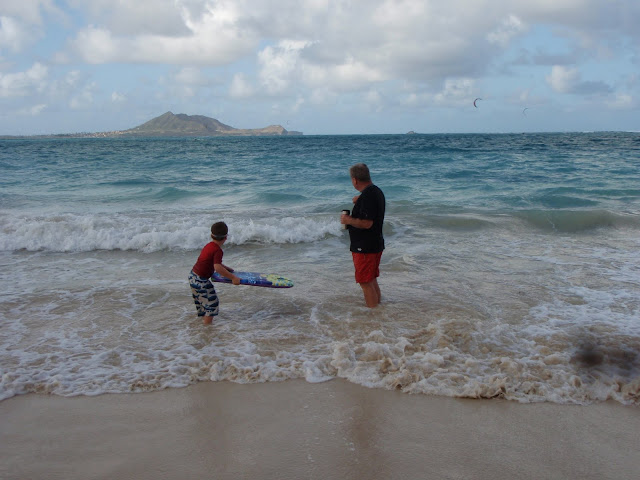 By now, everyone but Sam is shivvvvvvering!  The water never leaves the 71 degree mark, and the air was about the same, but the sun had ducked behind clouds, and the wind . . . yikes!  By now, Davey has arrived and we all cleaned up and went to Bob's for pizza just a short walk from here.
Posted by Oli at 11:42 PM