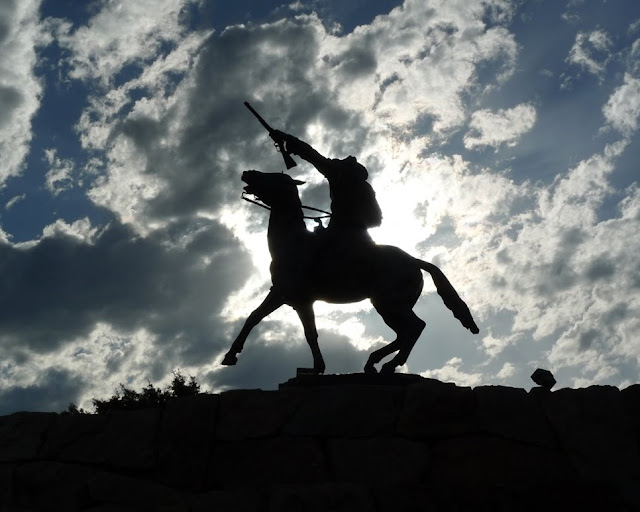 Famous statue of Buffalo Bill at the Historical Center in Cody, WY
http://www.bbhc.org/home/index.cfm?CFID=29627905&CFTOKEN=31535046
I am running amok with exuberance about this museum, so if you're curious why, check out the link above.  Allow 2 days for this remarkable museum.  It has several, very large sections, all assembled using the latest in display and teaching venues.  Awesome!

There are 5 museums in 1:
Firearms Museum - the largest assemblage in the world
Museum of Natural History
Plains Indian Museum - with a fair perspective
Gallery of Western Art
Buffalo Bill Cody Museum
FIREARMS MUSEUM: 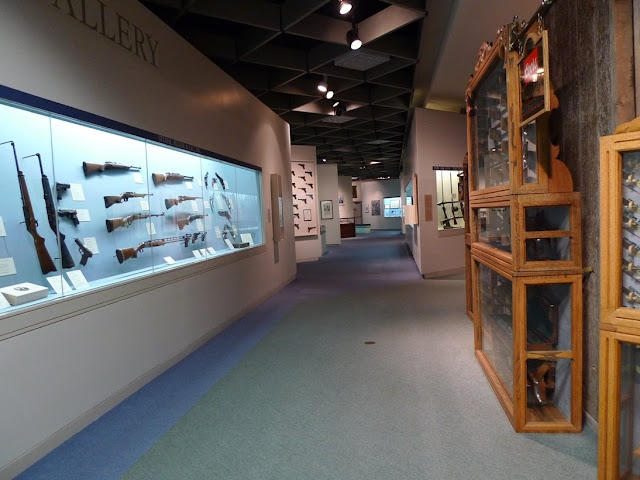 A small section of the firearms exhibition of about 2,700 historic and rare guns. 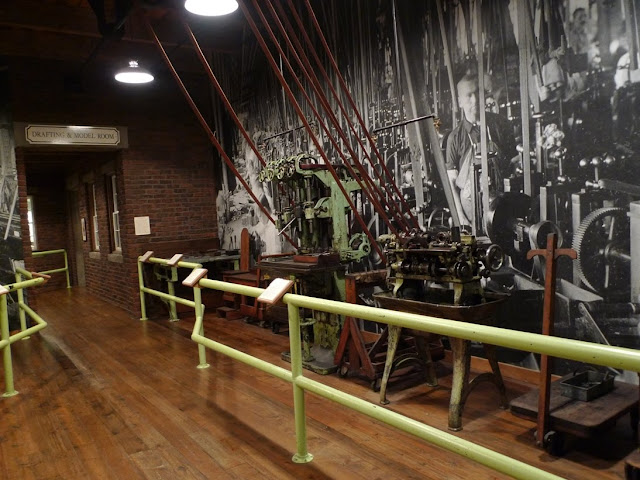 How they were made.
MUSEUM OF ART:  we are treated to an amazing display of great Western art. 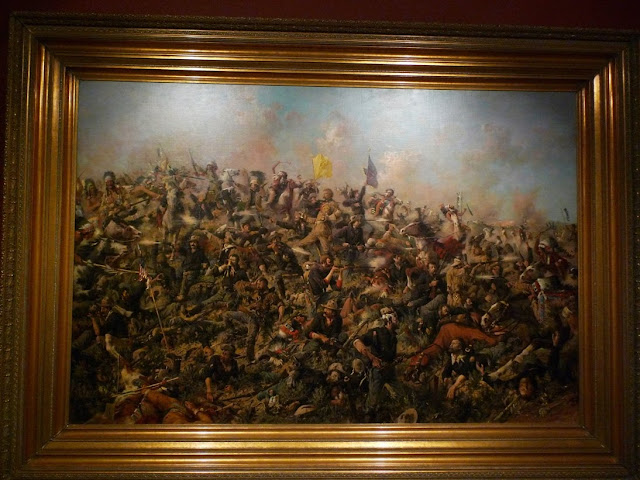 Custer's Last Stand by Paxson
Near the end of 1899, Paxson completed Custer's Last Stand, which he had begun painting eight years earlier; a painting he was determined to finish nearly a quarter of a century earlier. The monumental documentary painting measures 6 by 9 feet and contains nearly two hundred figures, many of which are identifiable participants in the battle. In his efforts to achieve historical accuracy in essence and detail, Paxson had interviewed 96 officers and soldiers who were close to the battle. One of the most notable tribal Indian leaders he encountered of the Cheyenne was "Two Moon" who accompanied Paxson over the battlefield not long after the event ended. Paxson acquired photographs of the men in battle, both Indian and white, and had personal collections of relevant artifacts from the Indian wars.
In 1963 Dr. Harold McCracken, the noted historian and Western art authority, deemed Paxson's painting "the best pictoral representation of the battle" and "from a purely artistic standpoint...one of the best if not the finest pictures which have been created to immortalize that dramatic event." 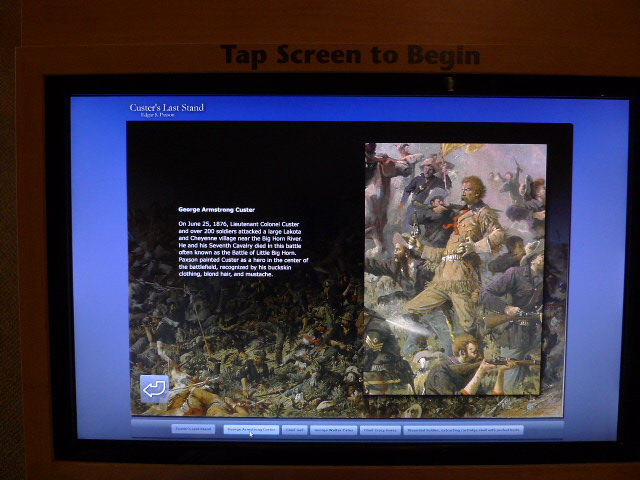 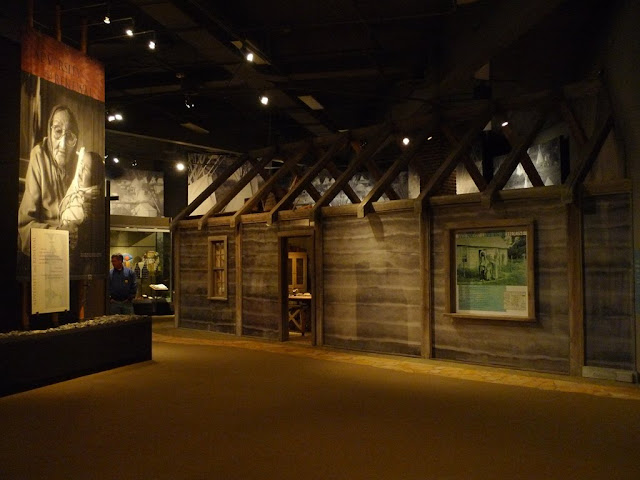 I have a great appreciation of the life of a Plains Indian after spending time in the very large section devoted to their lives. 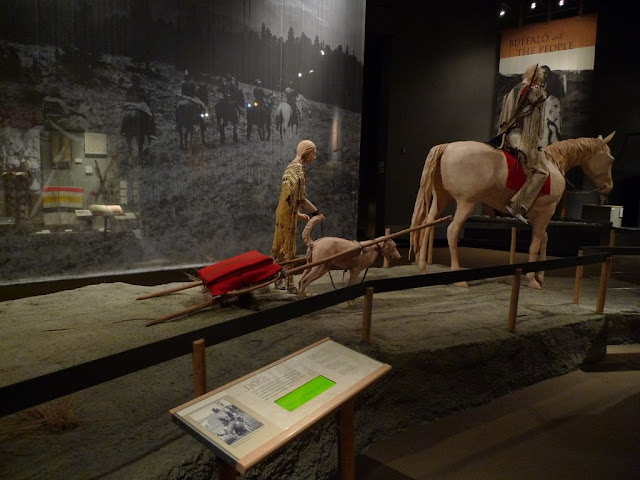 Displays are accompanied by push-button stands which have audio along with the text which appears on the green screen you see.  The lights for each area increase and decrease depending on whether the sensor registers that someone is at the display.
MUSEUM OF NATURAL HISTORY: 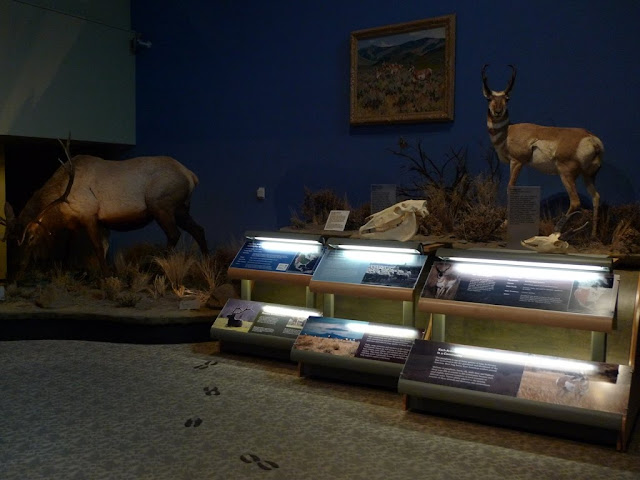 I was so absorbed in the Natural History museum, I almost forgot to take pictures, so I don't have a "representative" photo.  There were interactive nooks where video is available of an animal along with pertinent facts.  Parts of flooring had been removed to insert burrowing animals, like Prairie Dogs in their burrows, and cover the scene with walk-on glass.
BUFFALO BILL CODY MUSEUM: 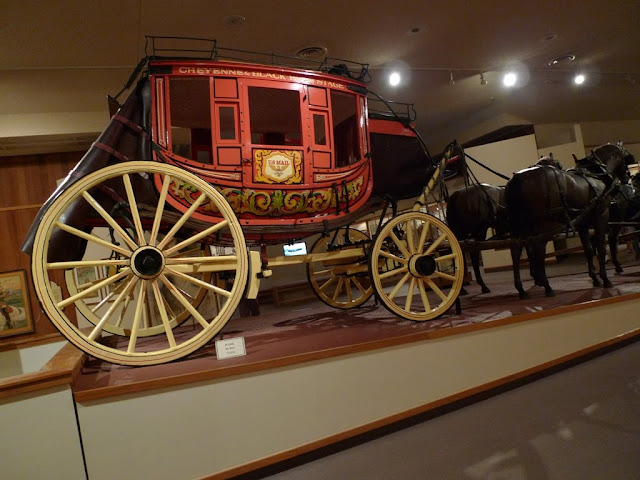 Full-sized restorations of such things as this Pony Express US Mail wagon. 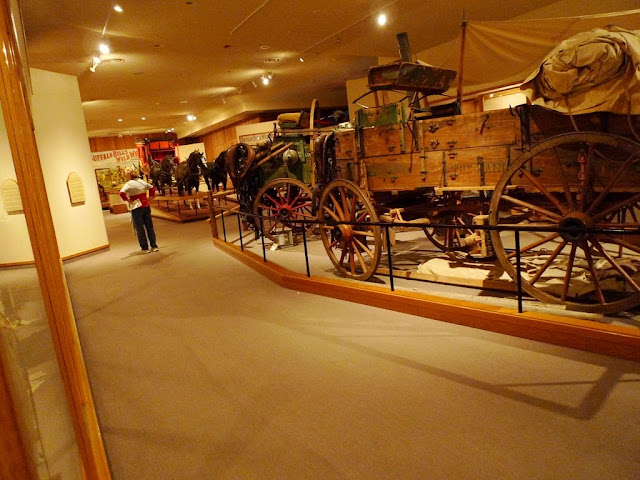 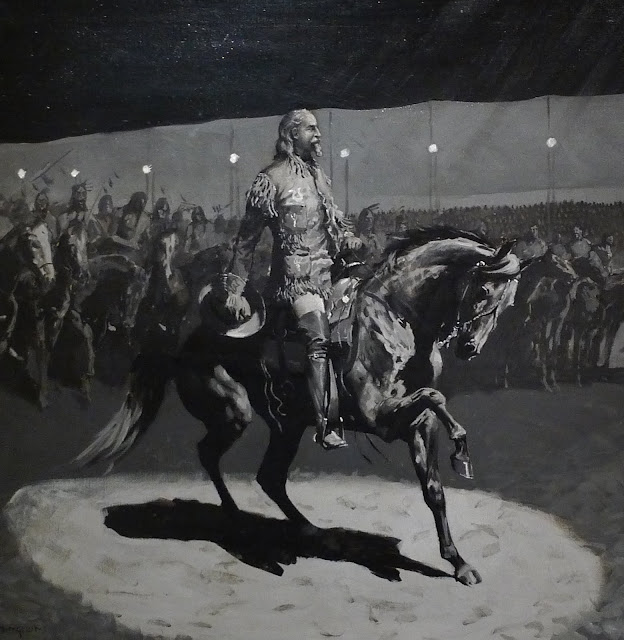 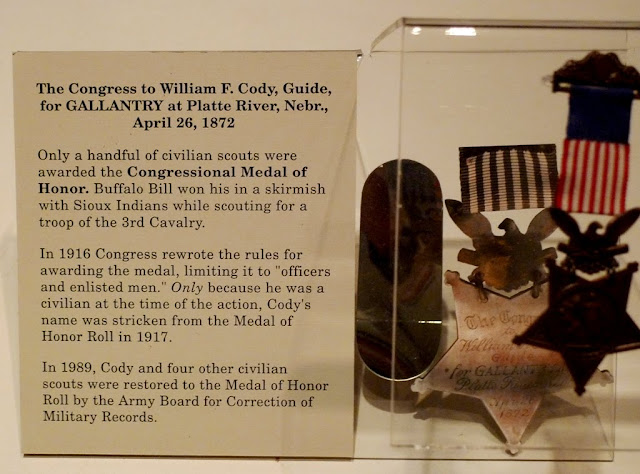 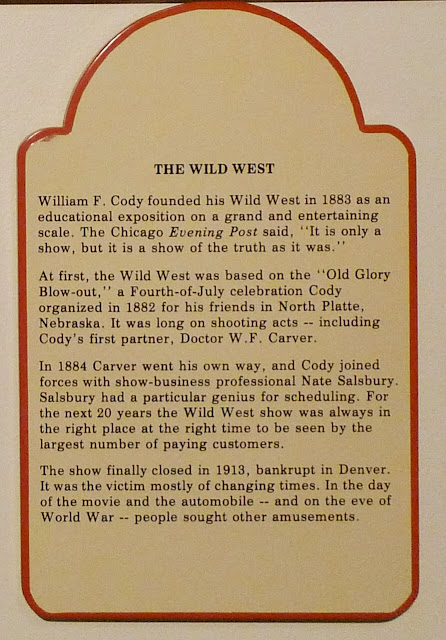 Indians were integral to his shows.
My dad would have loved this museum - he was an avid historian who took special interest in the settling of the West. 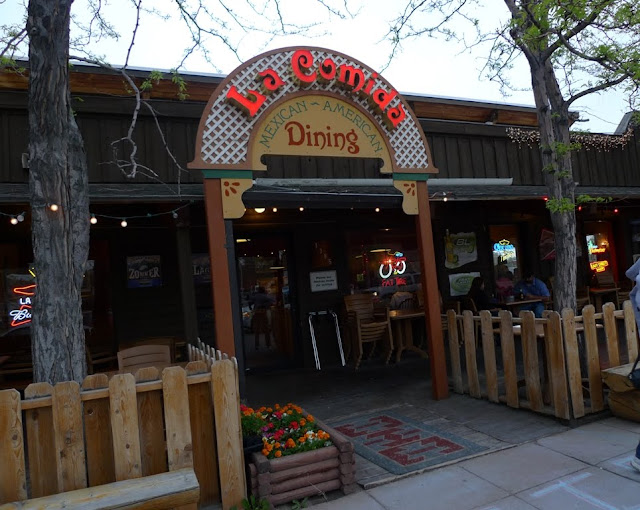 Time to wrap up a great day with some grub! 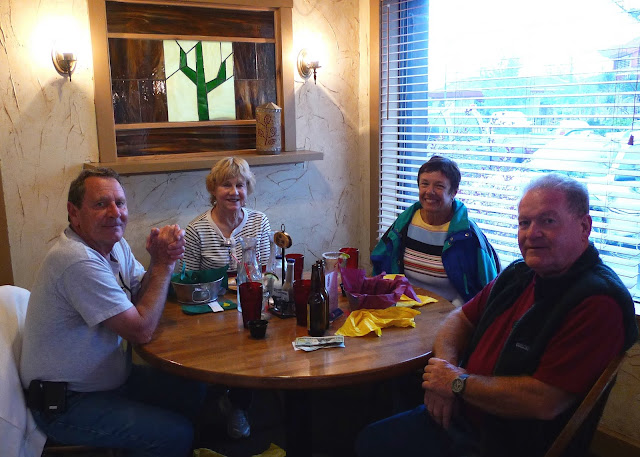