A couple of days ago, while driving in the country, and again today as we drove outside Cody, WY, nostalgia overtook me.  My dad often sang "Home on the Range", which came to mind a couple of days ago,  words and all, as we've been driving in the country.  I nearly could hear his voice . . . and the 4 of us travelers began singing it at lunch in Cooke City!  I bet I forgot to teach it to my kids!
(Pictures are clickable.  Click once, then click the next image one more time) 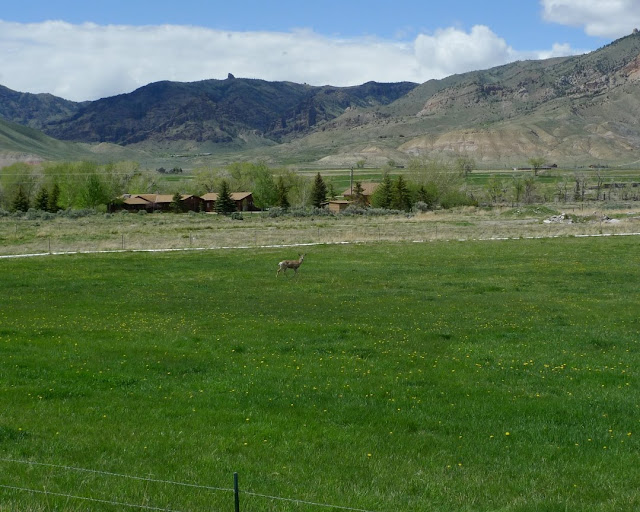 "HOME ON THE RANGE"
"Oh give me a home, where the buffalo roam, and the deer and the antelope play.
Where seldom is heard, a discouraging word,
And the skies are not cloudy all day."
The song was written in the early 1870s in Kansas where it became the state song in 1947.  It had several revisions to the words and by 1910, the date my dad was born, the words had settled down to those written under the picture.  The song was adopted by settlers, cowboys, and others and spread across the USA, and even today, it is considered the "national anthem" of the West.
We have photographed "deer, antelope and buffalo (bison) at play" for nearly a week now, and the photo above, of course, is of a home where the deer play.  It  urged me to pray for families to seldom hear a discouraging word, as I realized now how well that fit my dad.  Despite many obstacles in his life, including his final battle with cancer, he did not have a discouraging word. Not a  "collywobble" (upset tummy (http://www.urbandictionary.com/define.php?term=Collywobbles) or "hook my cookies" (throw up) brought complaint.  He was (still is) a powerful influence on my life's bent toward optimism.  Thank you, Dad. 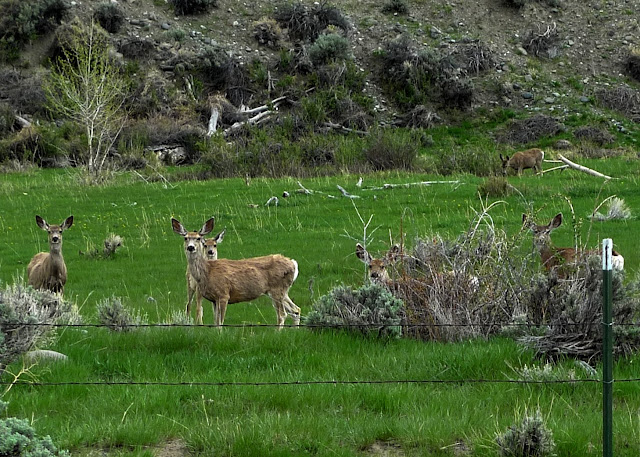 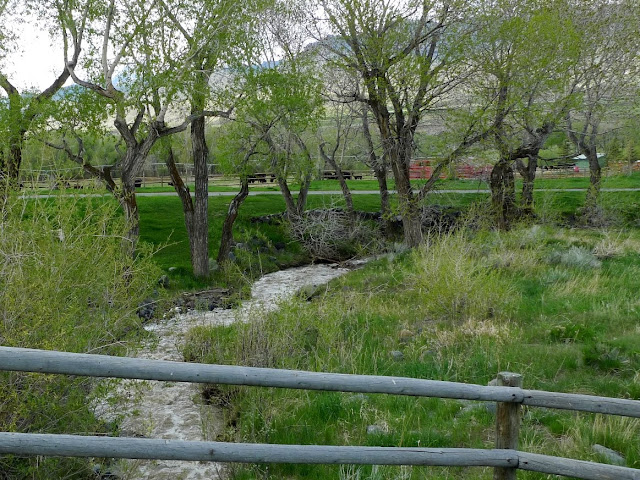 A home, acreage, black angus cows, and a stream.  Reminded me of our farm where Alli and Doug were raised on some acreage, a home, a river, horses, ducks, geese, 60 chickens, guinea hens and infant raccoons, with black angus next door.  I was thankful then, and maybe even more so now as I watch families trying to keep a "country" focus in towns where nature is elusive.  Sam and Ben are the beneficiaries of a mom and dad who value nature so much that they purpose to take the boys TO it practically every day.  That takes enormous effort and commitment, while all I had to do was wake up each morning and be greeted by all the farm animals.  ^5 Dave and Alli. 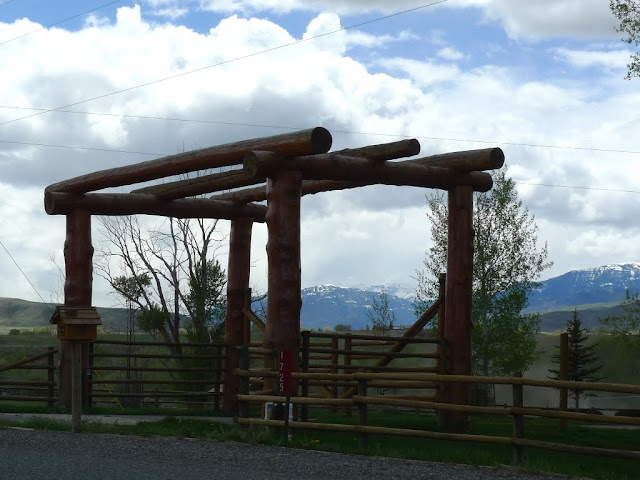 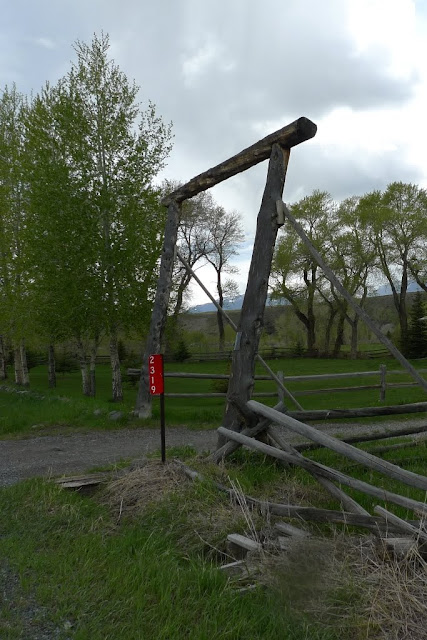 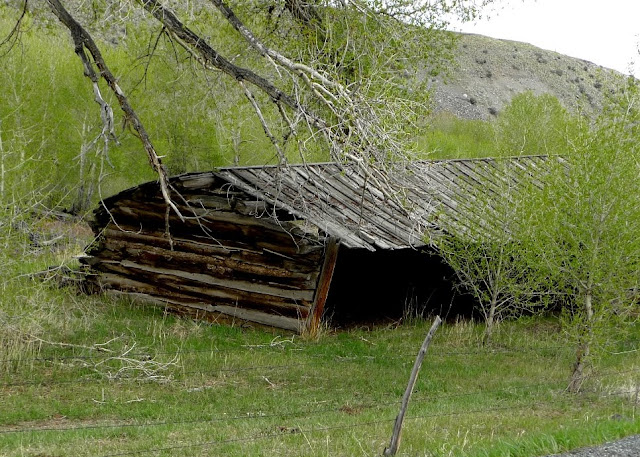 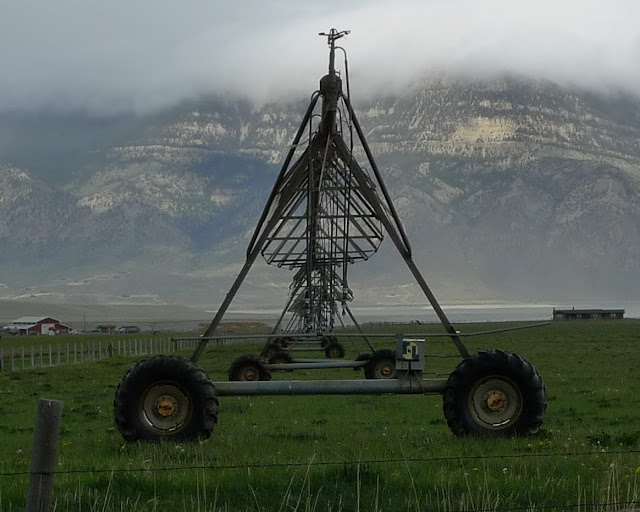 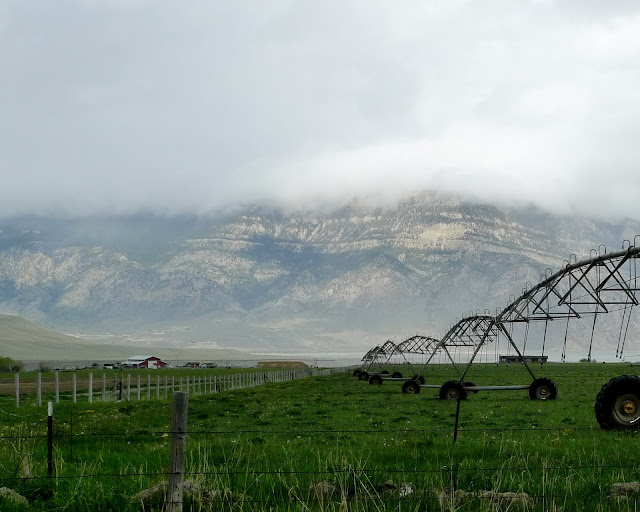 Irrigation on wheels - I need to find out what it's called.  (Above) At rest.  (Below) At work. 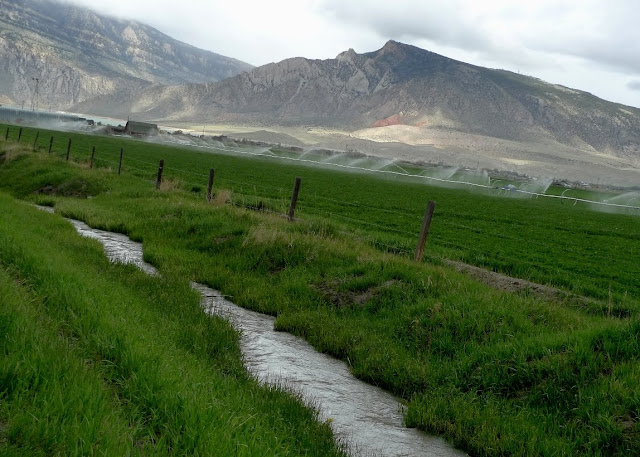 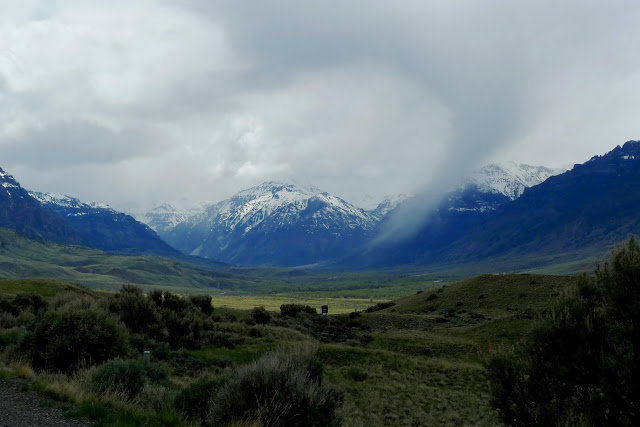 I loved the sweep of the cloud. 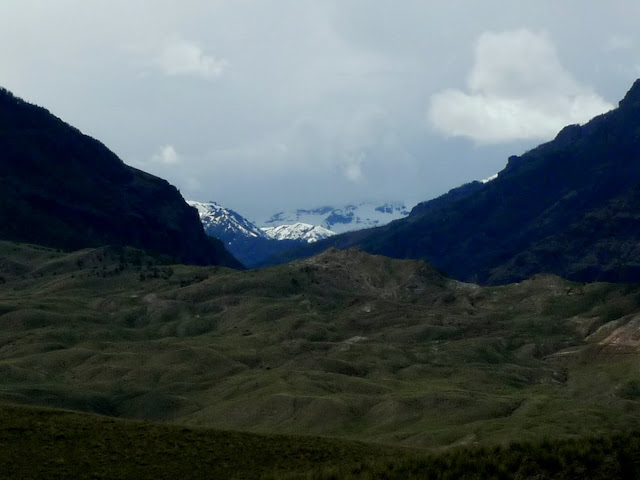 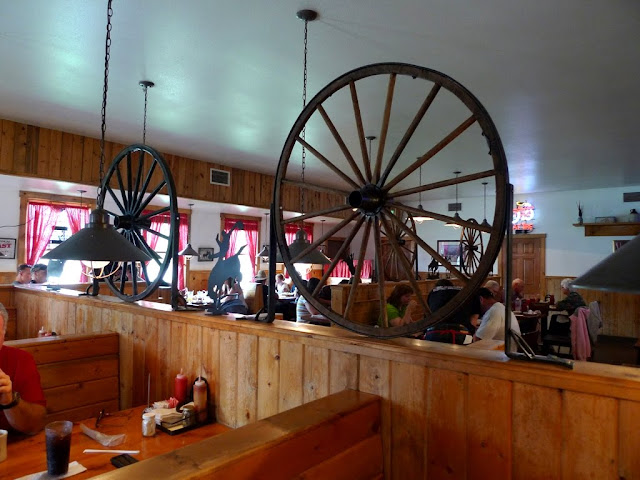 Time for lunch.  I mean, after all, Richard's been having to pull over to the side of the road constantly so I can take pictures! 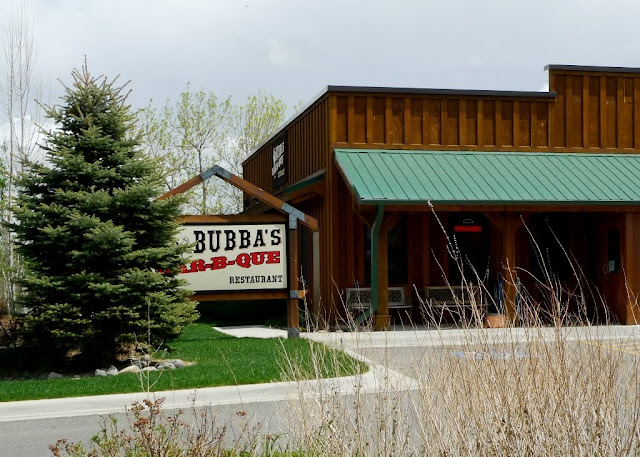 Richard says there's one in Jackson, WY, too.  I bet they'll be seeing us there, too!
Posted by Oli at 9:53 PM