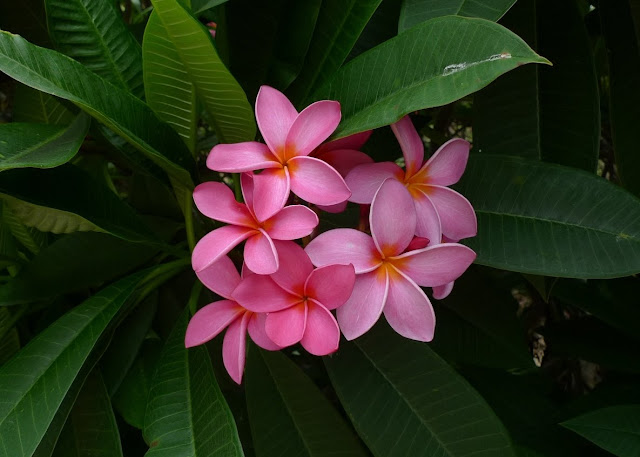 We've waited months now, for the plumeria to come into bloom, and at Koko Crater Botanical Gardens there are about 100 trees in glorious colors, and with scents that fill the crater. 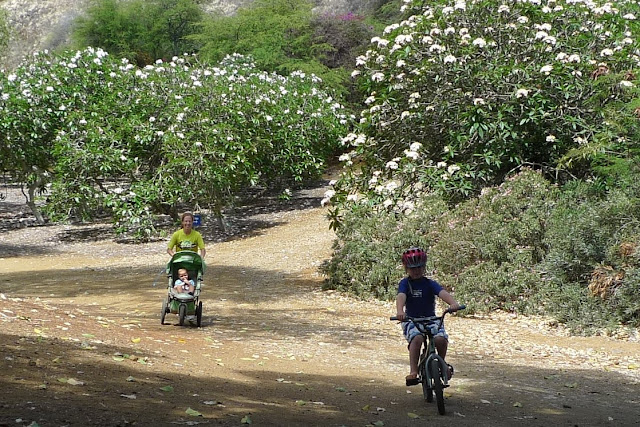 While I walked and photographed, Alli and Ben did a run, and Sam biked over some tough trails in the garden, including some formidable rocky hills. 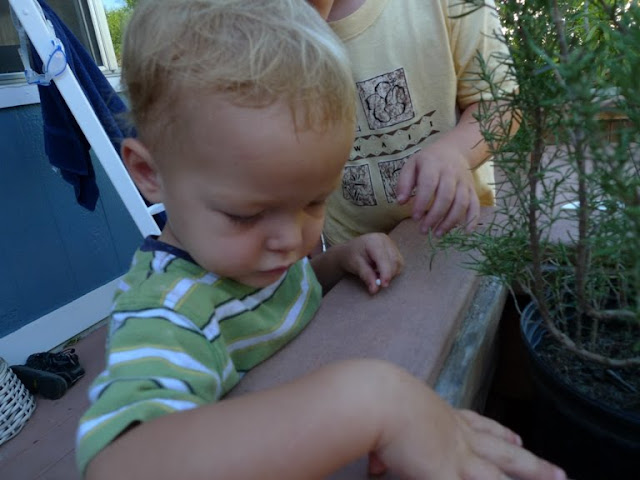 See that tiny gecko egg in Ben's left hand?  It belongs to Sam, and it popped right down that well which has the plant in it, so Sam came to the rescue! 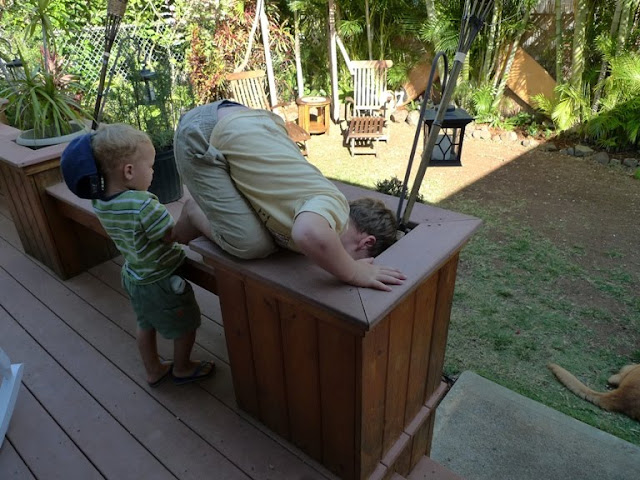 He hauled the plant out, but still can't quite reach. 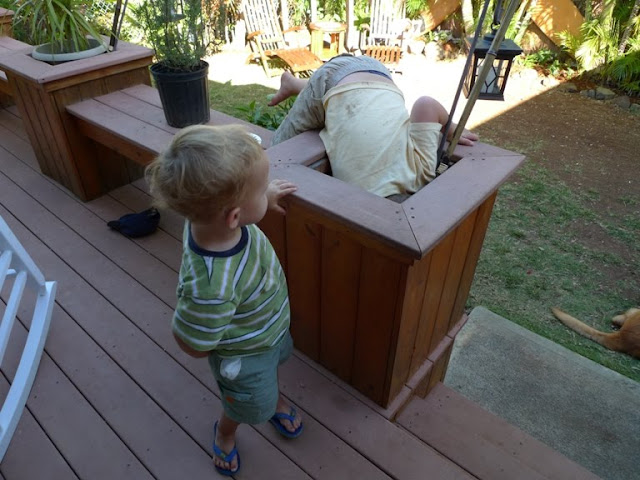 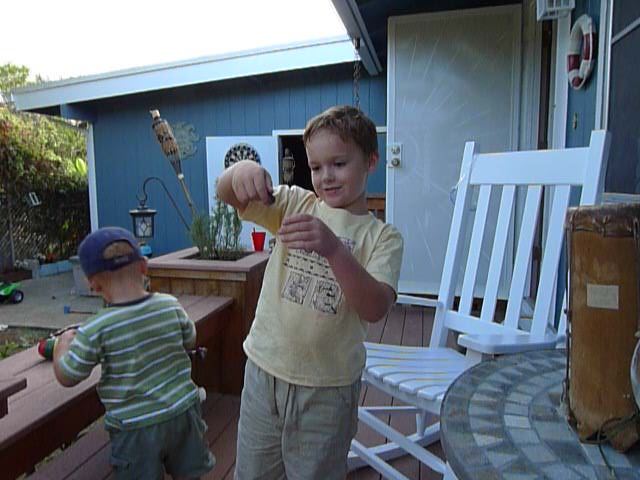 He also bagged another lizard!  This is commonplace now, but the shocking revelation came when Ben, yes BEN, 2 years old, proudly walked into the house with his very own lizard the HE caught all by himself!!  Good teaching there, Sam!!! 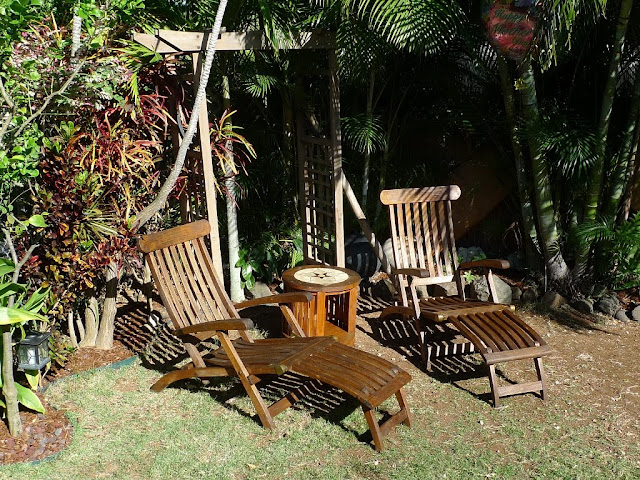 Sam and I teak-oiled the lounge chairs and table.  He's a great partner -- not much chit-chat, just gets down to business and is quite detailed! 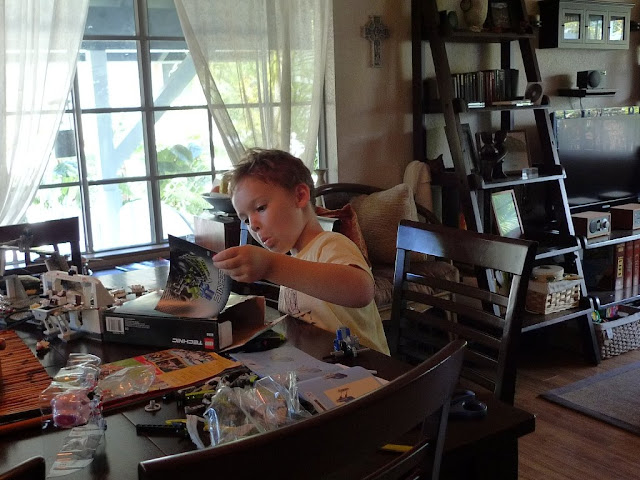 Afternoons are filled with many things, including Lego building.  Sam and I went shopping for one more set which is rated 8 to 14 years, and his remark was, "Gramma, they just don't know that five-year olds can do this!"  He's been building very intricate things, some of which require 3 books of instructions to complete! 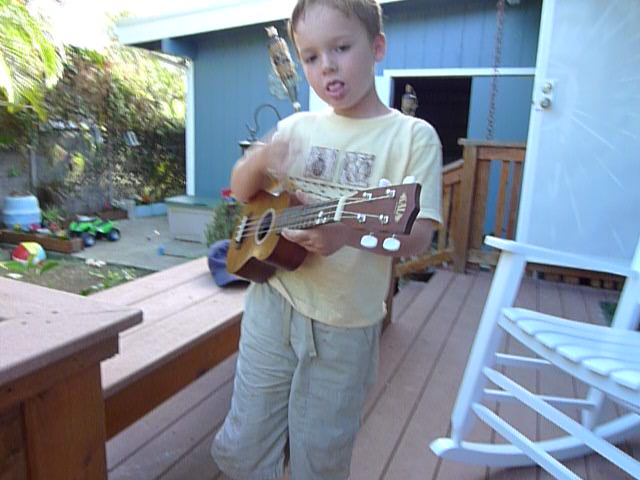 While Ben naps, Sam and I have been meeting on the deck to jam.  He brings out 2 ukes, a tambourine and bongos and we trade off.  Later when Ben wakes up, we bring on the big drums for a full-fledged concert! 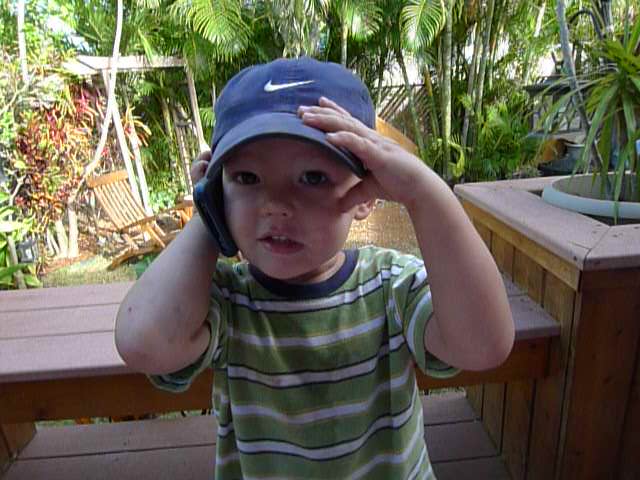 Ben loves his hat so much that he looks for it when he first wakes up, and wears it with his jammies. That's my iPhone getting some extra use which he can spy lying on a table from a mile away! 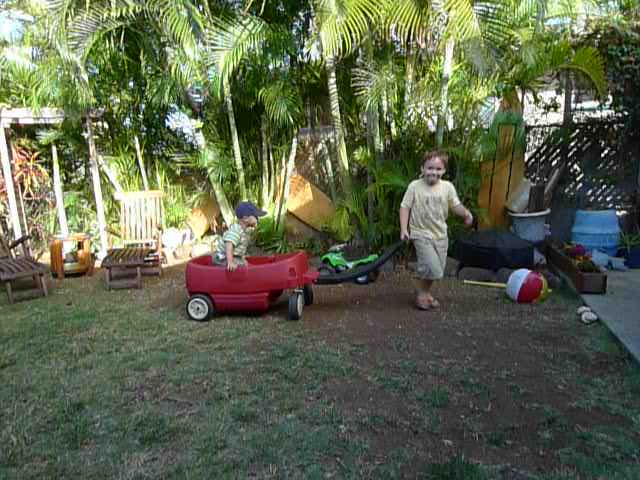 Now for a wild wagon ride.  Ben loves this -- he stands up and Sam speeds as fast as he can, and jerks the wagon so Ben falls down to great laughter.  Note that hat on Ben!
Posted by Oli at 2:44 AM