Yellowstone, Day 5 and on to Cody, WY 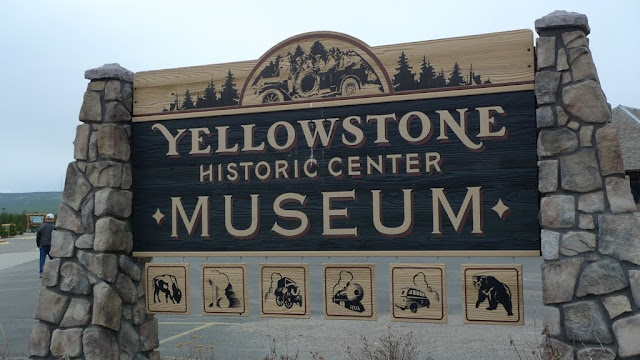 We passed this by so many times, thinking "it's so small, there can't be much in there."  But today, facing our last chance to do it, we acknowledged it's the small museums which often are best, and we weren't disappointed.  This is an excellent museum! 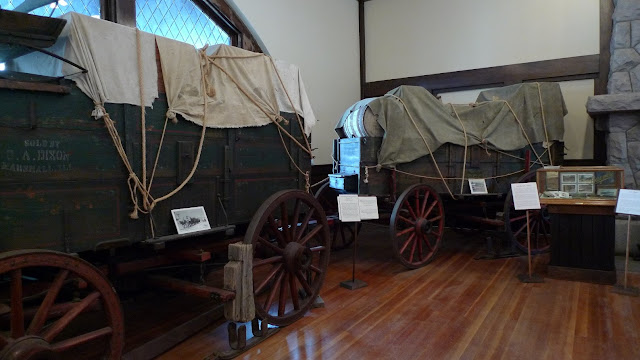 A tandem freight train, pulled by a team of 12 horses! 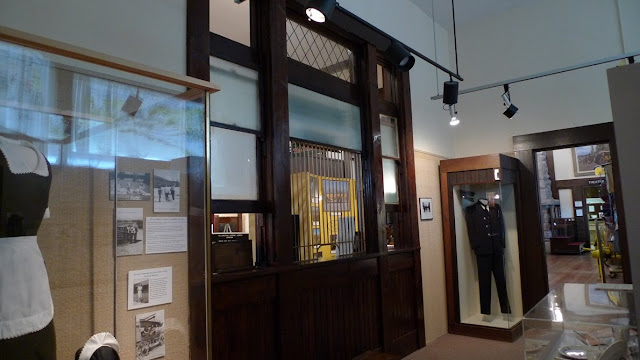 The museum is housed in the old Union Pacific Railroad station, and it's here that the old ticket office is featured, along with some of the old equipment and uniforms. There's a room devoted to the earthquake of 1955 and the great fire of 1988, each with a movie of the well-publicized event, but which my brain doesn't retain for all those years! 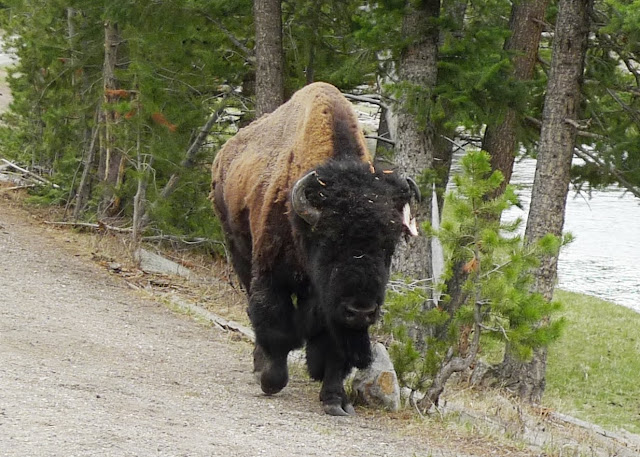 As we exited Yellowstone, we met up with one more bison ambling by our car. 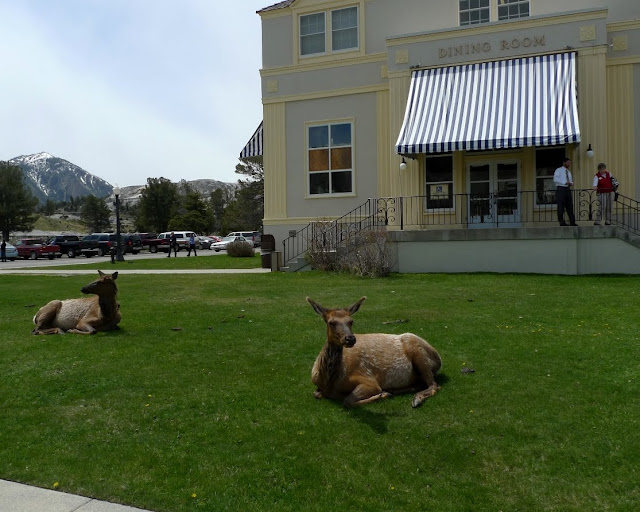 We left the park via the Northeast exit, but these elk were at the north exit.  I wish these guys would park on my front lawn! 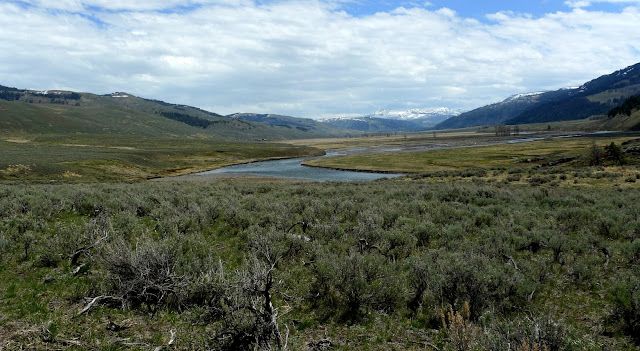 We head to Cody, WY via Chief Joseph Hwy which Richard really wanted me to see, and for very good reason.  The scenery is spectacular! Lunch here in Cooke City, before getting on Chief Joseph Hwy. 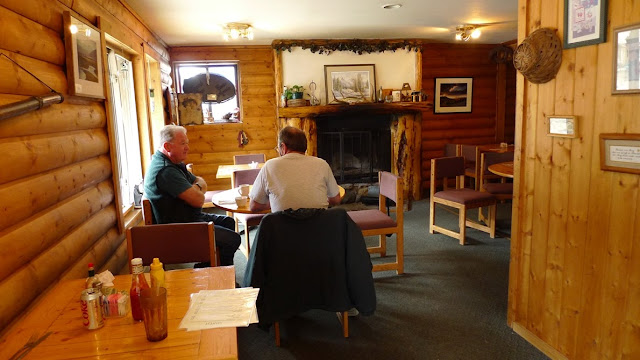 Richard and Murray plotting the way. 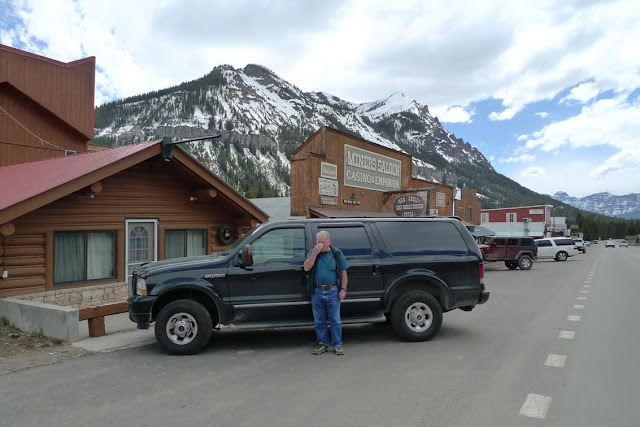 Cooke City is a very small town, but clearly Western, don't you think?  Richard is smacking a mosquito on his nose!!  hahahaha, he's skeered it'll take away his whole nose, I think!
On scenery pictures, if larger is better for you, click once on the picture, and when it comes up, click again on that picture. 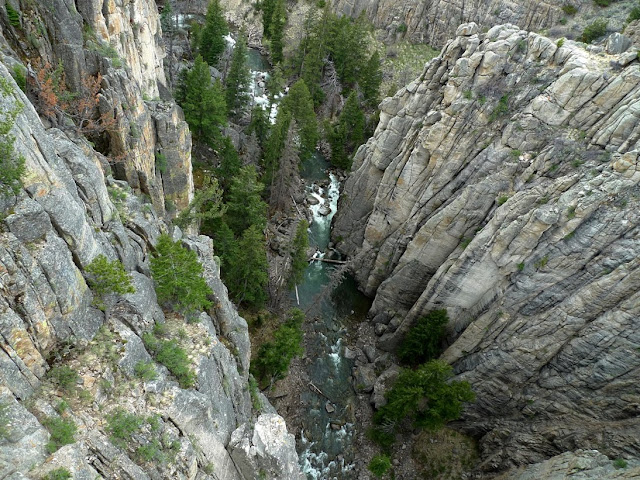 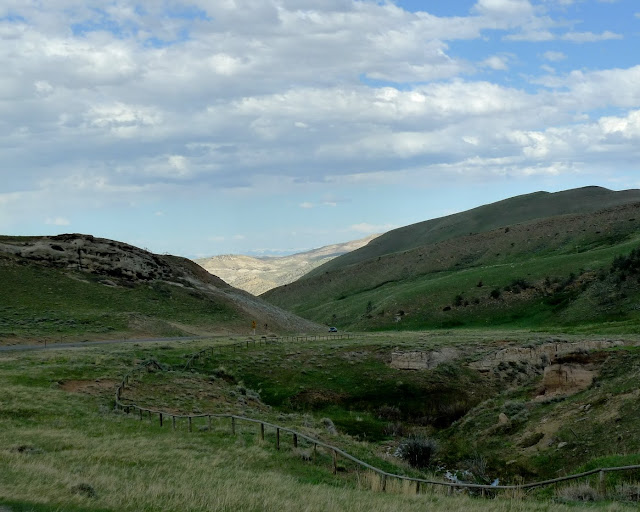 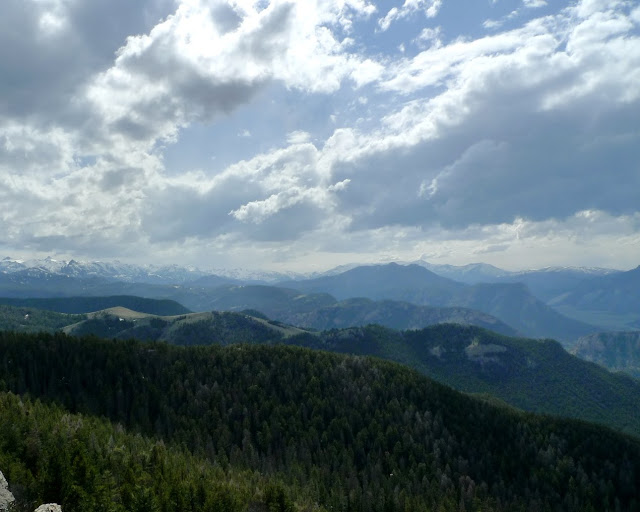 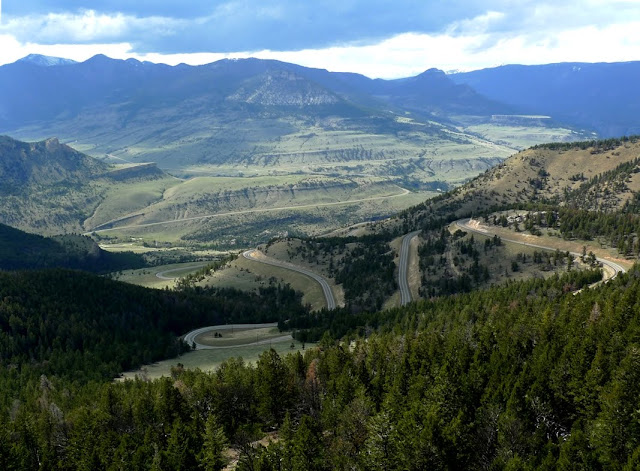 The sun kept dodging behind clouds, but we got lucky on this one! 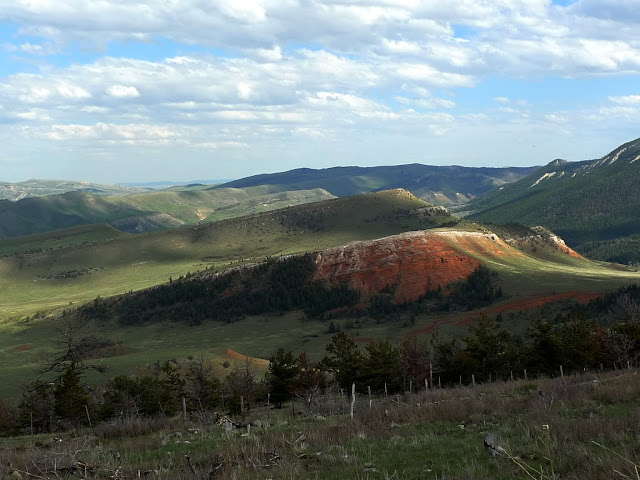 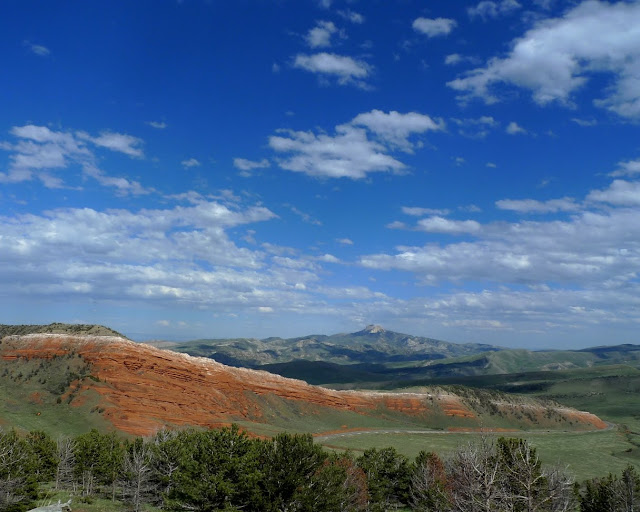 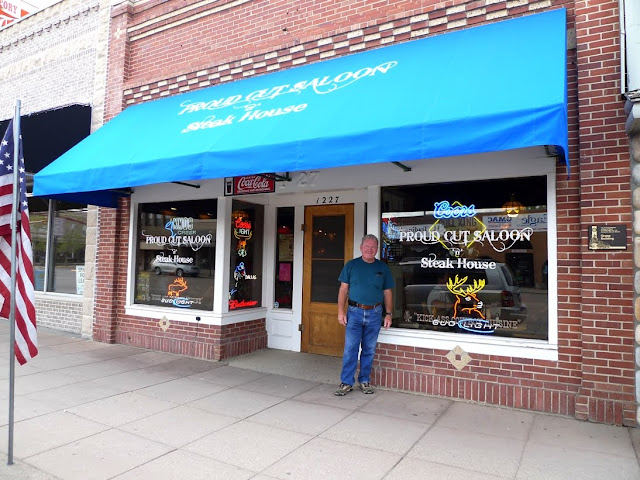 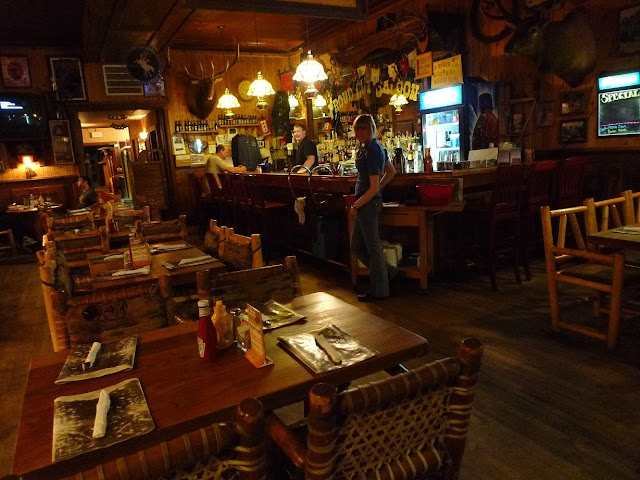 That's our server!  It was crowded when we arrived, but we cleared 'em out. 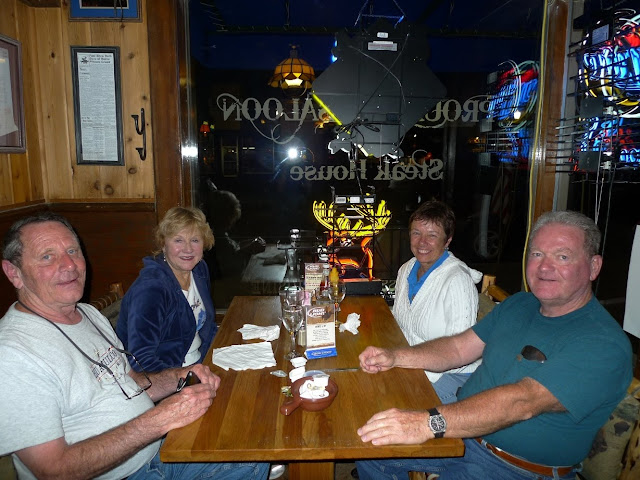