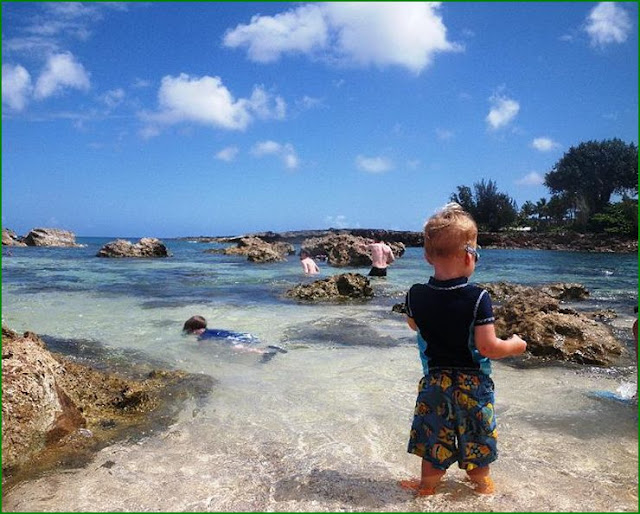 This is my first time to snorkel at Shark's Cove (north shore) and I like it better than the tourist's delight which is Hanauma Bay.  Trouble is, Shark's Cove is overwhelmed with 30' waves during the winter, which is when the international surfing competitions are held here at the north shore.  This time of year is delicious!  That's Ben in the foreground, and Sam just beyond.  Out a little further is quite a bit deeper, and I could take pictures of the scuba divers!  My poor Olympus underwater camera got swamped here, so I've had to capture Alli's pictures taken on her Pentax.  I've also copied her and bought a Pentax to replace my Olympus.  Thanks for sniffing out a different camera, Alli! 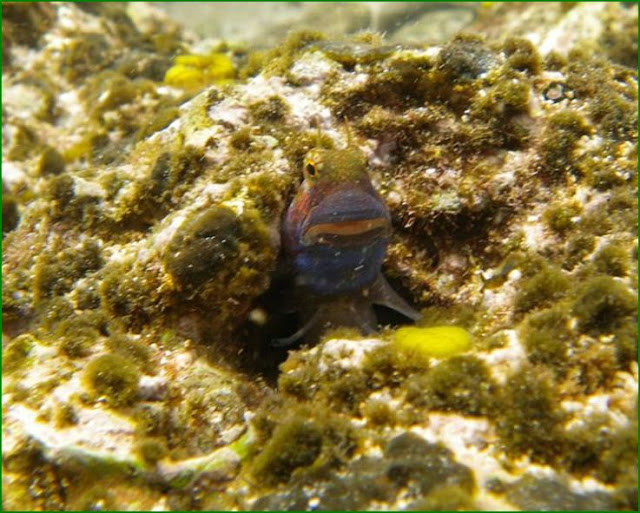 This "guy" is our favorite "find.".  It's a gobie, quite small and lives in holes in rocks.  He looks kind of like a worm, and sticks his head in and out depending on how much you scare him. 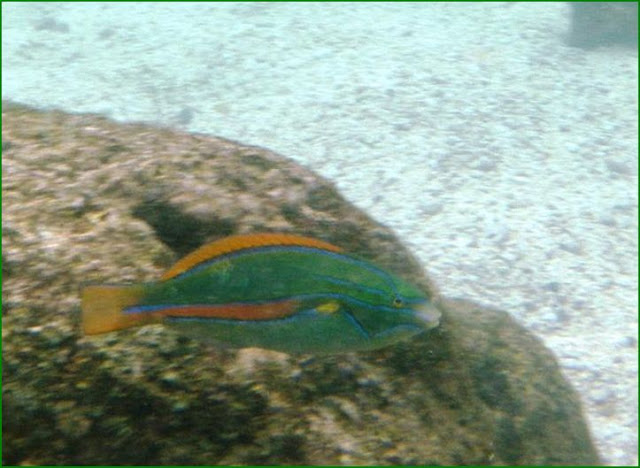 Check Alli's blog for pictures of even more amazing fish. 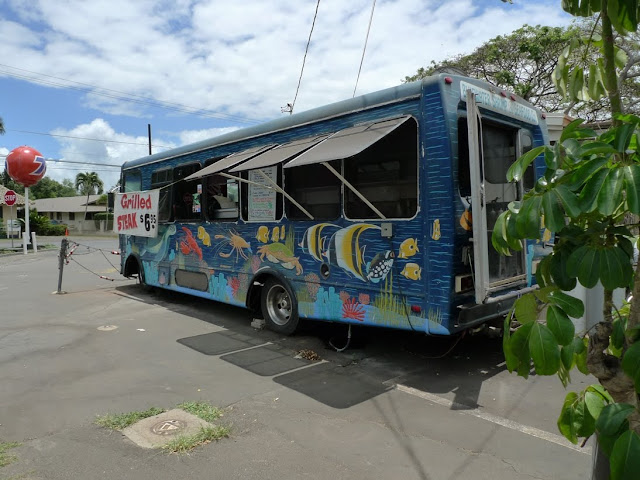 Poor Alli.  When voting between Mexican at Cholo's and a shrimp truck, the shrimp truck won!  Sam was the swing vote -- thank you Sam!  No mainlander in his right mind would stop to even take a picture of one of these, much less eat their food!  But here, they are legendary, and soooo good!  Don't believe it?  Look below. 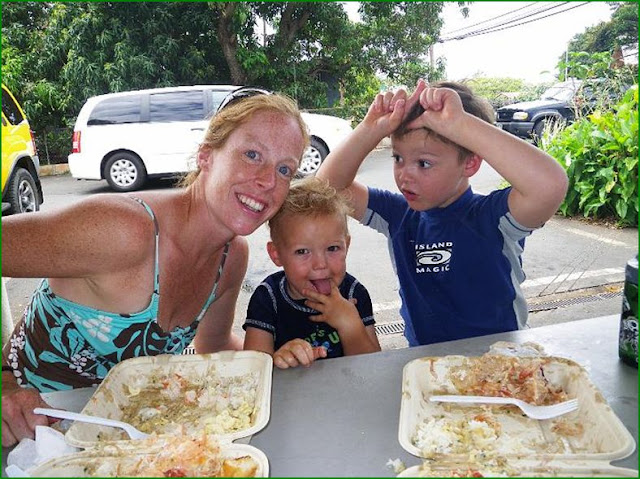 We have snarfed it up, and Sam's now our resident "gobie" fish! 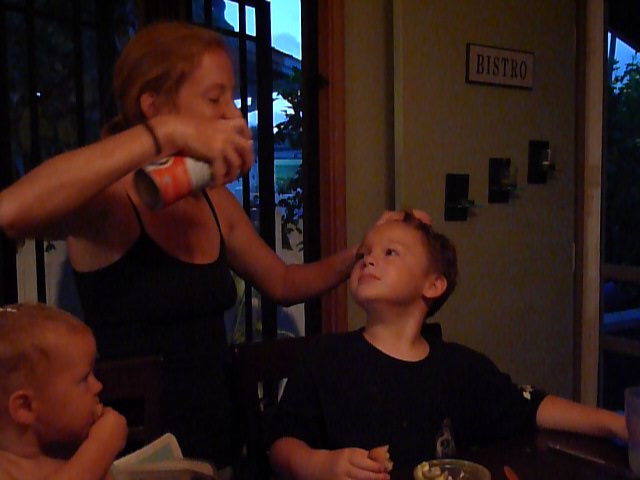 A whipping cream frenzy is about to break out!  Sam wants eyeglasses painted on his face!  By the time we were finished, he and Ben had white, sticky hair, white "deodorant" on Ben, and white "hair" on Sam's chest!!
Posted by Oli at 2:22 AM